Home > How to Change the Role in a Relationship with a Man?

How to Change the Role in a Relationship with a Man? 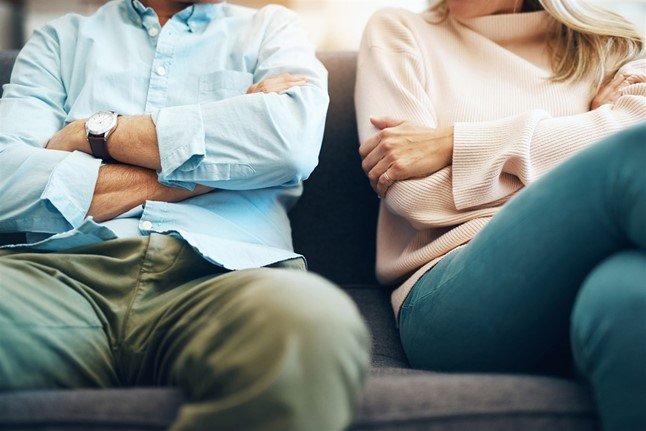 People may build a great partnership and happy union if a girl chooses the right role. Unfortunately, most women do not cope with that challenge. What do girls do when they meet a suitable significant other? Instead of loving, trusting, respecting, and sharing responsibilities, they take on the role of mother and begin to patronize, control, give advice, criticize. They paralyze the will of their significant other, destroy their independence, castrate masculinity. And after that, they complain that there are no strong and independent men. Why do their partners try to escape from such a union and start looking for a single girl online?

Well, some women go further. They immediately build relationships with infantile sissies, who can be sculpted to their liking. However, the problem is that such “moms” do not notice normal guys. They are afraid or avoid them for various reasons, for example, the early divorce of parents or the wrong role model.

How to Understand What Role a Woman Plays?

There is a list of signs that suggest a woman tries to become a “mommy” for her man.

• She constantly controls her man. She can arrange his leisure time, buy clothes, cook his favorite dishes, and take him to doctors since he is not able to take care of himself. “Don’t forget to wear a warm scarf.” “You can’t do anything yourself! I have to redo everything!”

• She is into FLR. She tries to solve all problems, makes plans, arranges holidays, seeks additional ways to earn money since she cannot rely on her spouse in anything. There is some duality of her position – she seems to be married, but she is forced to do everything on her own.

• She is a little interested in the opinions or desires of the man. She perceives him as a capricious child. She feels neither his gratitude nor support.

• A man rebels or degrades in a union with “mommy.” He does not hear the requests of his wife, ignores her complaints, can drink a lot, or run away from home to friends. He does not help his wife with children and household chores, earns little, and neither develops nor strives for anything.

• In such a union, intimacy is almost always absent. A man can be affectionately attached to his wife, but not want intimacy. Boys don’t sleep with their moms! This situation pushes them to search for lovers who can satisfy their urgent needs.

If a woman treasures her love affair, she should reconsider her role and work on herself. How to become a beloved woman?

A woman assumes a dominant role in a couple for a reason. Despite a huge number of disadvantages, this position is convenient for her. It protects her from pain and betrayal. Most likely, in childhood, she grew up without a father. Having faced the rejection of the first man in her life, her subconscious mind made an unconscious decision – never let anyone hurt you. That’s why she chooses infantile and secure partners that she can lead. She likes to be in charge, control, and teach. In the role of the mother, she does not need to adapt to anyone. She can impose her will, tastes, and interests without any fear. Who needs a non-self-sufficient man who cannot take care of himself? The fear of being alone, self-doubt, the feeling that she does not deserve the love of a strong, responsible, wealthy man are hidden behind this behavior. She should work on these negative beliefs.

Learn to treat a man as a partner, start trusting him and change your behavior

A woman should stop doing all the work for the man – solve his problems, provide for his needs, feel sorry, and have his back. He is an adult boy, who can protect himself and stand up for his woman. Partners should divide duties in the couple and be engaged in the problem-solving process. A woman should be not a mom but a beloved woman who needs a strong shoulder. A woman shouldn’t be afraid to admire her partner’s talents and strengths as well as forget about gratitude. She should let him prove himself, be different, resolve issues in his own way, and a woman shouldn’t be afraid to lose control. Any man needs respect and love.

As soon as she allows her partner to open up and prove himself, she will see that their relationships change. A girl will turn into a beloved and desired partner for her man, and he will be ready to do everything for her.

Apr 18, 2017Rex
5 Ways To Prepare For a Big TestTips for Doing Laundry While Traveling