Haylie gave birth to her daughter, Ryan Eva, 9-months-ago and says she still doesn’t feel like she “looks amazing”. But rather than allow the outside world to get to her she looks within and is happy with her decision to put Ryan’s needs first.

When Haylie started working out, or trying to cut calories to actively work on getting her “pre-baby bod” back her supply dropped drastically.

So for me, it was a struggle because I really wanted to focus on losing weight and getting my body back. But at the end of the day, I had to sit down and make the decision that meant the most to me — and that was breastfeeding my baby.

The decision seemed to be a liberating one for the older Duff sister, who’s spent many years feeling Hollywood’s pressure on women to remain thin. Once she stopped caring about losing weight she felt she was able to focus on her daughter more. 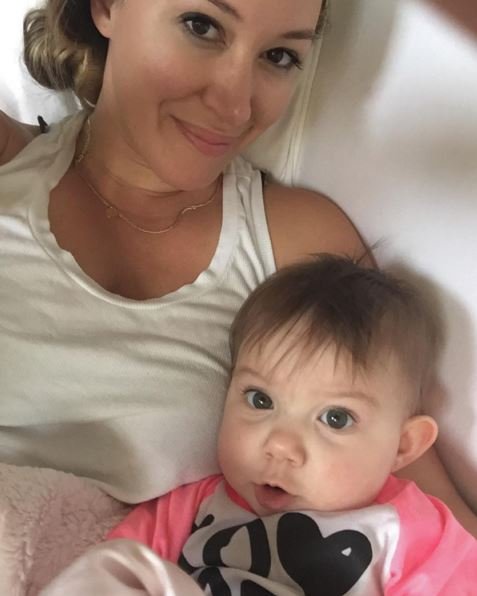 Haylie says she feels positive about her decision. Instead of focussing on a goal of a certain dress size, Haylie focuses on healthy lifestlye, something sustainable that she can pass on to her daughter.

Now that I have a baby that will eventually be eating real meals and not pureed everything, what I eat sets an example for her. It’s really important. I want her to see us eating healthy foods so that when she grows up, she wants to make those same decisions.

That’s what important after all; it’s our overall health not the number on our pants, that should matter. It’s so great to see Haylie making breastfeeding a priority for her child and not letting the pressures of her career/surroundings take hold.

Feb 7, 2016Jamie
How to deal with unexpected family eventsPantene's Superbowl commercial shows the importance of a dad in his daughter's life even in the simple moments