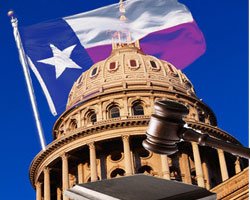 Prostitution is not legal in the state of Texas, but shooting someone to get your money back from them when they don’t have sex with you is. Kind of.

A man was acquitted yesterday of murder in the death of 23-year-old Lenora Ivie Frago. Frago succumbed to her injuries seven months after the shooting.

The defendant claimed a meeting was arranged through Craigslist for an escort service where sex was included. He then claimed he paid the victim $150 and she left after 20 minutes (without providing a sexual service) saying she was going to give money to her driver.

Texas law says a person legally may use deadly force if they reasonably believe it is necessary and the only way to prevent a serious crime (such as theft) or to prevent a person from fleeing with stolen property at night.

The defense made the argument that the defendant was attempting to retrieve his stolen property ($150) when the shooting occurred, and he had no intention of killing the victim.

I think we all agree this shouldn’t have happened.