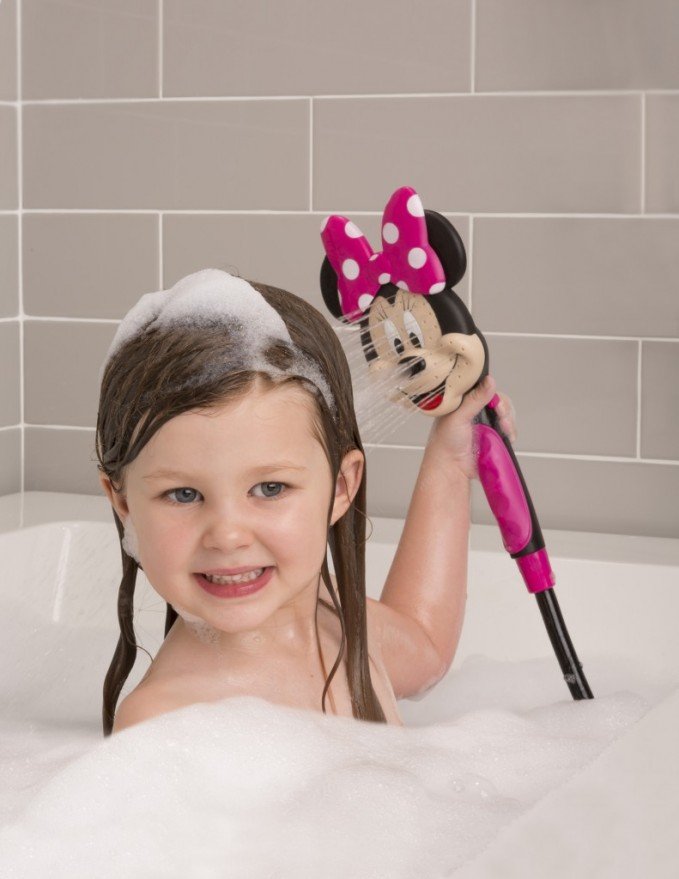 Giveaway runs for a free Minnie or Mickey shower head from 12/21/14 to 12/28/14.  Enter below or at http://www.facebook.com/iamnotthebabysitter

My daughter hates having her hair washed. I don’t know why, probably because she’s 3.  If I’ve learned anything about a 3 year-old it is that they have more willpower than a guard at the tomb of the unknown soldiers who doesn’t get to talk or move for hours at a time. The result is that bath time can become quite a challenge. We have tried various methods for coaxing her into getting her hair washed but I got this Minnie Mouse shower head from Oxygenics and it has been amazing. I’ll be honest, at first I was pretty skeptical about the whole idea of a shower head for a 3 year old…but this thing has TWO Minnie Mouse heads including one that detaches and can be used to wash her hair without getting water in her eyes.  Plus it’s Minnie Mouse.  The shower heads form Oxygenics come in both Mickey & Minnie versions making it the perfect Christmas gift for both gorls and boys, but for my little girl Minnie mouse was the only choice. Ah, the little victories that us parents have to appreciate! Currently they are only available at Sam’s Club or at the above link. Oh, and just for the record…that’s not my daughter in the photos. I didn’t think she’d appreciate it in 12 years if I put bath pictures of her on the internet =). 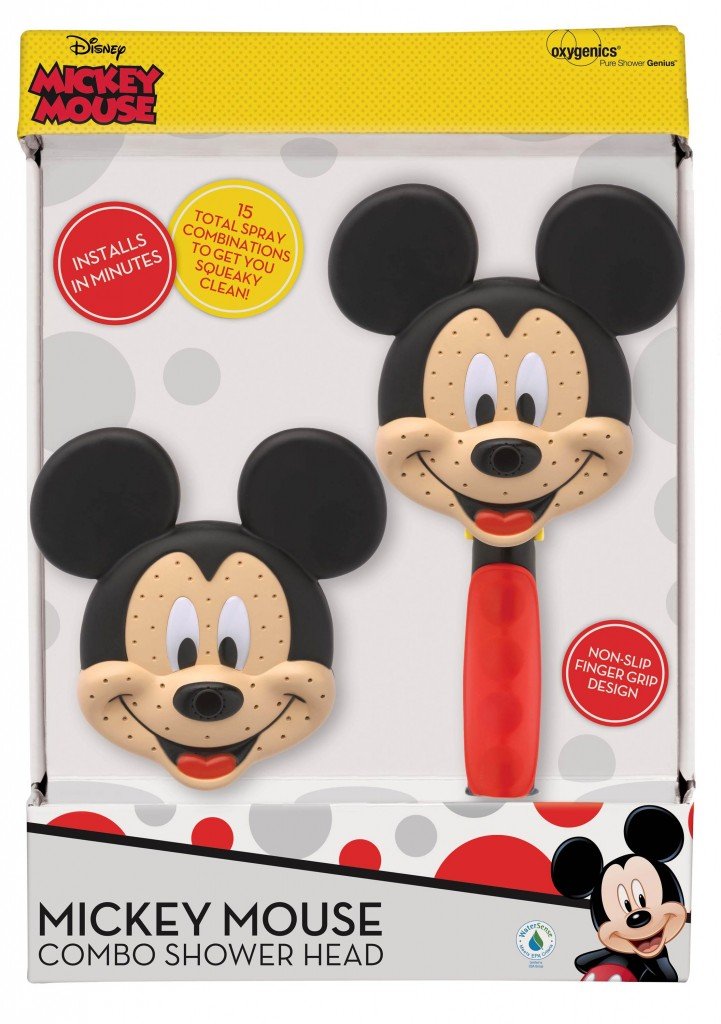 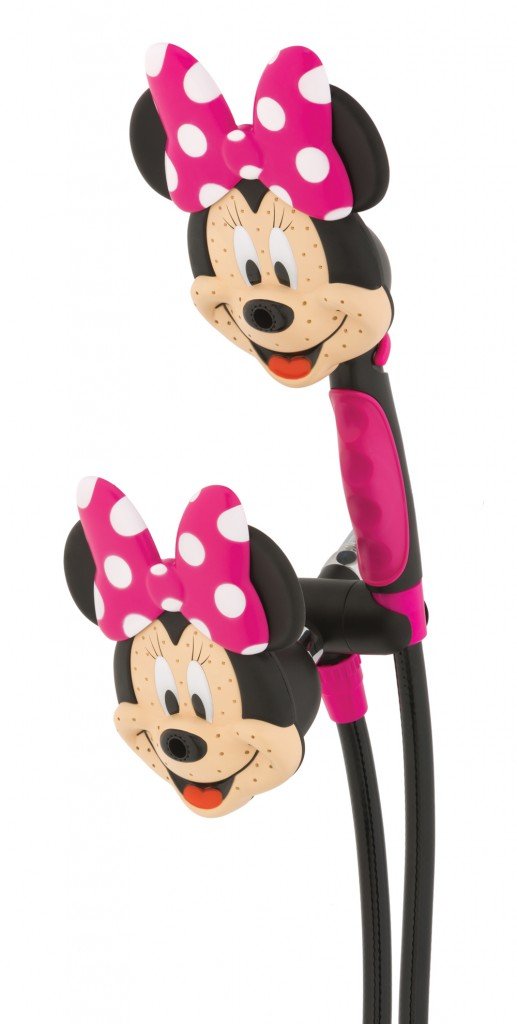