They broke everything but her spirit. They took everything but her dream. NOBLE, the award-winning feature film, is the incredible true story of a fearless Irish heroine driven by her daring vision who escapes the slums of Ireland and risks everything on the streets of Vietnam.

IN THEATERS MAY 8th! 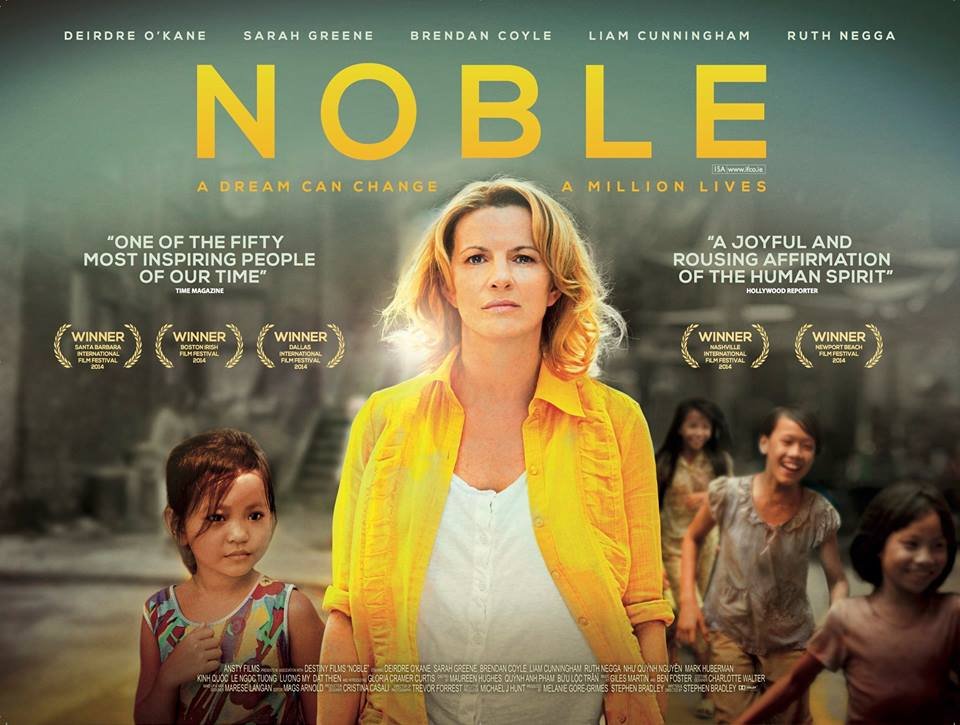 Christina Noble had a dream. After images of the Vietnam war made their way into her home, she noticed a shared bond between herself and the people halfway around the world. She identified primarily with the pain in the eyes of the children pictured and the struggles they endured on a daily basis.  Noble herself had a rough childhood. She was homeless, orphaned and institutionalized.  It was here that she was raped repeatedly and suffered through years of abuse. However, her strong spirit kept her going. She started a successful catering business and raised her own children into adulthood, but the iconic “Napalm Girl” image never left her heart or her spirit.

Noble decided to do something about it, so she packed her bags and flew to Ho Chi Minh City with just a few dollars in her pocket. This was the start of her journey, although she may not have known it yet, to create The Christina Noble Foundation. This was the beginning of the dream that Noble has subsequently developed into 80 projects across Vietnam and in Mongolia to improve the lives of over 700,000 children.

No child is born from the womb to the streets.

Now Christina’s story is coming to theaters to inspire the masses to pursue their dreams and make an impact in the lives of others.  I have been lucky enough to see the film as a pre-screener and was moved to tears on several occasions.  This is truly an inspiring story that is close to my own heart with my work at our nonprofit organization, Raise It Up.  Please take the time to check this out and be inspired to help someone else in any way that you can, no matter how small or inconsequential it may seem.  Watch the trailer above and visit thenoblemovie.com to find out more!

IN THEATERS MAY 8th!

Winner of six U.S. film festival awards, including the Panavision Spirit Award at the 2014 Santa Barbara International Film Festival, the powerful biopic drama written and directed by Stephen Bradley is heralded by critics as “raw and genuinely powerful,” “captivating” and “moving.” The Hollywood Reporter calls it “a joyful and rousing affirmation of the human spirit that will resound widely.” NOBLE, in theaters May 8, stars Deirdre O’Kane (Moone Boy, Paths To Freedom), Brendan Coyle (Downton Abbey, The Raven, Ailsa), Sarah Greene (The Guard, The Cripple Of Inishmaan), and Liam Cunningham (Game Of Thrones, Hunger, Safe House).