Home > The Importance of Human Reliance: Are We Just Babysitters of One Another?

The Importance of Human Reliance: Are We Just Babysitters of One Another? 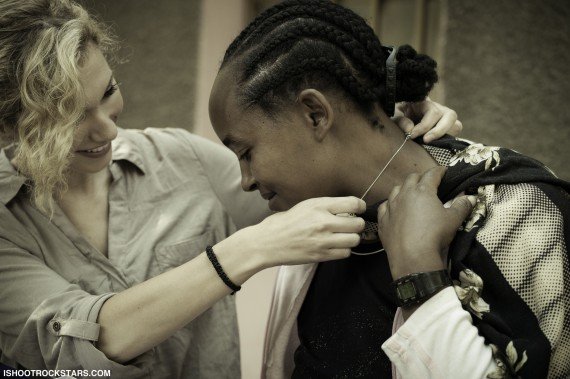 Photo by Kyle LaMere at ISHOOTROCKSTARS.com

I apologize for not posting very much.  I haven’t been feeling well and the Pathways cover took us a little off-guard with the mainstream media attention it started to get. I seem to go into hibernation on here when media links to my blog. This time my comment moderators are giving me only positive comments coming through, which I know is unimportant, but is nice to hear.

I wanted to explain a little more about the new cover. With the support and backing of API we decided to speak to Pathways because it was a small non-profit magazine and their audience was geared towards people that practiced “attachment parenting.” The TIME cover was taken in May 2012 and the Pathways cover was taken a few weeks later as a direct response to TIME. We felt the AP community deserved to know what had happened. While I’m happy to see mainstream media outlets are picking up the cover, which shows a much more accurate portrayal of toddler breastfeeding, it wasn’t our intention to reach the “non-AP” audience this time around. However, it needs to be done, so hopefully it helps in some way.

The Pathways cover ended up generating calls for interviews from mainstream media to speak about the cover. We declined all but GMA because they said we could stress the projects we are supporting in Ethiopia. Despite the fact that I was sick and in my pajamas, I had a really wonderful experience. They interviewed me for over an hour and only a few minutes were spent speaking about TIME and Pathways. The majority of the time we were speaking about what was happening over in Ethiopia. This seems promising, and I still haven’t lost hope in using the media to help convey a message, but after Daily Momtra described her experience being pre-taped and edited on GMA, I started to get a little nervous. Please pray that the information is set out in a way that still interests people, but is more of enlightenment rather than sensationalistic TV.

I did learn media is manipulative; it bends information because it owns it, regardless of the truth. Again, agreeing with Daily Momtra, we need to figure out how to use the media to help our message reach more people. How can we do this when everyone is looking out for ratings more than truthful information?  I have no idea what the answer is.

Frankly, I’m sick of talking about it when I know it isn’t going to be portrayed correctly. My blog is my hobby and I love posting on here when I feel like it. If I feel like talking about parenting or breastfeeding, it is because it has come up organically as part of our daily lives. As of now, that is the best way I see others spreading their thoughts and ideas on parenting — through sources that cannot leave your words back in the editing room. It also leaves us to speak about other, just as important, parts of our lives that should also not be neglected if we are trying to pass on helpful information as a community.

In my fever induced insomnia, I’ve been thinking about what is important to do from here on out and I’ve come to some conclusions. Some may remember a few months ago that my blog’s name was the source of much ignorance and debate. It was originally chosen by a friend as a joke. When I asked on facebook what domain I should purchase for my blog, someone suggested “I Am Not The Nanny”, but every form of that domain was taken by multiracial families. Samuel had just come home when I bought the domain and I was joking with all of my friends that since he came home I’ve been mistaken by the nanny/babysitter daily. At first it was more of a joke, but then it  started getting serious when the kids started picking up on it. The people who asked if they were my children were not the issue, but when people spoke to me and made assumptions without even asking, the kids took notice: the grocery checker asking if I also cooked for the family I worked for, or the people at the park asking what my hourly rate was, if I worked weekends, or about the kids’ parents…My kids started to take note and ask me about it. We realized the name of the blog still was playful, but ended up becoming a message for people who need to fit everyone they see into a specific box. We wanted them to know families look different, and it is important that people realize this before addressing strangers and already assuming to know anything about them or their families.

A few months back I was so sick of hearing the idiotic assumptions as to what my blog means that I started thinking maybe I should change my domain name. That night, I read Genesis and the story of Cain and Abel. Most know the story. Cain kills his brother Abel and God asks where Abel is, then Cain responds, “I do not know. Am I my brother’s keeper?” I sat there and thought of those words and what they meant. What is a keeper? It is a guardian, someone to keep you safe against things that can hurt you. Cain’s lie is blatant, but he poses a good question. Are we our brother’s keeper? Most of us will answer, “Yes, we are and should be responsible for one another”. As my friend Enora once said about poverty and high mortality rate in various parts of the world, “We need to help, it is not charity, it is justice.”  Being the keeper for one another encompasses so many areas of our lives. It is truly serving one another in love, and wanting to share our resources and knowledge to help uplift and allow people to take what they need from each other to live healthy, fulfilled lives. It is not being the babysitter, it is being the full-time guardian of one another. We all know that only those with ears shall hear our message and act upon it, but that doesn’t mean our efforts are in vain and we are not making a difference. We should also strive to develop a “hearing ear” as well. And far as my blog’s name, the title became more meaningful to me and there is no way I am changing it. There is too much history and too many thoughts that have gone into something that started out as a meaningless domain so I wasn’t a “(dot)wordpress(dot)com” anymore.

The thought I’m left with is that all of the commotion around “Attachment Parenting” has really hit a nerve in the West because of a much bigger, deep rooted problem. Humans are social by nature. We need each other. The self-reliance we are told is important and almost forced upon a lot of us from the womb is completely damaging to our community. I am not talking about bottle feeding, strollers, letting our babies sleep in cribs at birth, or really parenting at all. We are being fed lies that we do not need each other to survive.  Parenting just seems to be the crux of the issue because our children are so important to us, but also symbolize the future. It is such a broader and more complex issue than what style of parenting you choose. It’s not hard to find examples of why we need each other. This article goes from non-human primates without contact of a parent to human children in Romanian orphanages showing lack of touch and mothering/companionship/community.  Eric Berne pointed out we need “strokes” (human recognition) as much as we need food, water, and air to survive. – Source

At some point, our culture will recognize the detrimental effects of tearing each other apart. I do feel like it is time for me to take a smaller role and let others join the cause for breastfeeding. Social norms will never be changed by one opinion. “Social” norms are just that – the norms for society. In order for the norms to change, the public will need to see that breastfeeding past infancy is normal for groups of people, not just one. This is an important cause, but my point here is that this is not the most important cause, which I argue is tolerance for one another and realization that we need each other for mere survival. I will never stop advocating for global community and tolerance.

Sep 17, 2012Jamie
The Deadly MosquitoSummary of Our Ethiopia Trip and Video