Home > Getting Fed To The Wolves

Getting Fed To The Wolves 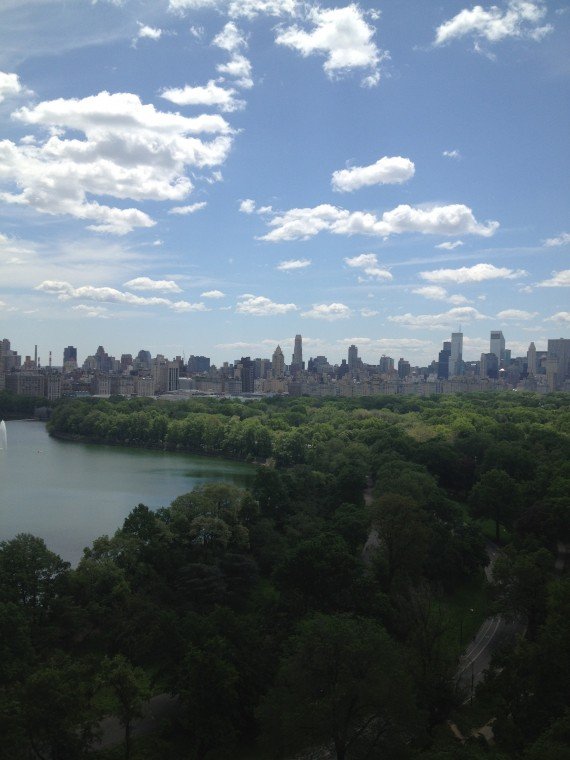 New York City on that strange day. I wish I would have sat back and enjoy the view a bit more.

Well, I finally watched all the interviews I did the day the TIME cover was released. Brian said it was important for me to see. I can’t stand hearing a recording of my voice, so you can imagine how horrifying it was for me to hear audio accompanied by video! Being shell-shocked is not the best way to be interviewed, I’ve decided. Where was my Xanax when I needed it?

Here are my thoughts on what I just witnessed. Nothing deep- all superficial reactions.  Just doing some therapeutic venting:

Today Show-  All I see watching this is me going into crazy mama bear mode, and distracted by a mission to help my tired child off of the stage. I was mad at myself that I allowed him on there knowing the time change (it was 3:00 AM Pacific Time when we arrived at the studio). They had us sit on that couch for an hour before the actual segment aired. Then…the time came… Oh, cringe-worthy…..Stopped live TV to ask Aram if he wants to see Brian. Then, I am so frazzled I start jumbling up words like “get the dialogue…(confused and distracted)…talking.” Talking? Good Lord that makes no sense. And someone stole my sunglasses in the makeup room.

That was a live and learn experience, for sure. We decided we were uncomfortable allowing either of the boys to sit through a boring interview again. Our goal for letting Aram to come on the show was to prove he was just a normal kid, not a robot. Well, mission accomplished! His strong will and crankiness when he is bored and tired definitely came through.  Of course, I’m sure the weirdos writing about this would love to point out my child was not acting silent and polite. Because I’m sure their three-year-olds would be perfectly behaved in the same situation, right? 😉  Anyway, from that experience we decided we would allow cameras to capture them playing, but no situation so stressful or boring as a TV set or and other interview scenario (much to the dismay of most of the production teams doing the interviews).

Nightline-I loved JuJu Chang, and they had a fun crew there for filming. We were invited to her home to film. The boys played in her boys’ room while the interview was taking place in another room. She gave the boys a robot set to take home, and that sealed the deal-  JuJu was A-okay with them. They especially like saying her name. They call their connect robots “JuJu bots.” It looks like during editing they tried to make Samuel say he liked nursing “before nap time and before bedtime,” but he was talking about Aram. However, I loved that they had Jessica Carey (another mom that participated in the Time cover photo shoot) on. 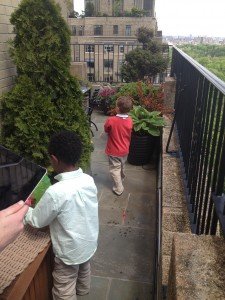 Hanging out on JuJu Chang’s patio

Erin Burnett-  It was a pretty good. Although, it appears as though I tried to redeem my knowledge of the term “dialogue,” because I said about 100 times… Ayayay….Also, Samuel thinks my hair looks like George Washington in the interview (that is his polite way of saying he doesn’t like it).

And that same ugly blue sweater on for all of it.

Anderson Cooper’s talk show was a week later. I was all set to meet Desmond Tutu prior to the whole TIME cover insanity. Dr. Jay encouraged me to do the interview via Skype. I have to say,  I really enjoyed the show’s segment on attachment parenting. Dionna (another mom that participated in the photo shoot), Mayim Bialik, and Dr. Gordon did a great job explaining how normal it is. Anderson Cooper is still crush worthy after my experience (I was worried).

Jun 19, 2012Jamie
The GettyIs It Okay To Touch Someone Else's Child?