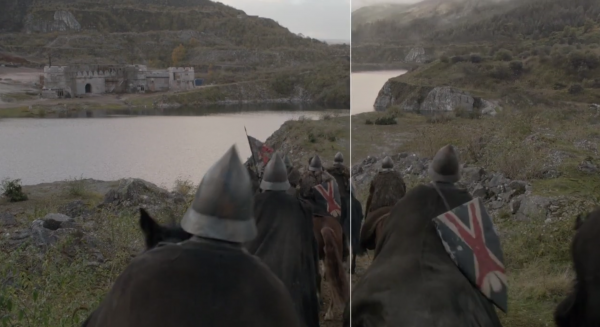 Note: This video contains Game of Thrones special effects from season 4. It definitely did not seem like there was any “spoilers” in this reel. However, we just want to be courteous and let you know!

I never really think about the special effects when I’m watching Game of Thrones. Probably because they are so well done it never jumps out at me. (Did you know the average episode costs 6 million dollars to create? Much of it is spent on visual effects.)

Mackevision is one of the VFX studios that puts some visual magic on the Game of Thrones set. They released a video showing before and after the visuals were included. Everyone who watched it over here was surprised by some of the details that we all would have thought were part of the set.

Jul 10, 2014Jamie
Joan Rivers Storms Out of a CNN InterviewMan Promises to Shave His Beard for Grandma When She Turns 100