Confusion Over the Attachment Parenting Lifestyle 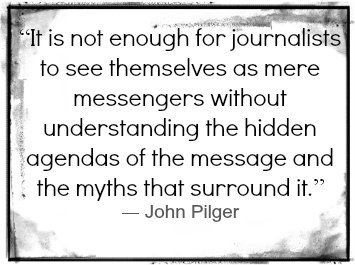 I read an article by a Forbes blogger right after the Time cover came out. The article ended up being linked by all the other Forbes bloggers in their pieces, but was ultimately removed by Forbes. I hope this was because the people in the corporate office understood how inflammatory and inaccurate the actual piece was. Normally, I’d take a stab at bloggers and generalize that most have a complete lack of respect for truthful journalism, but considering that the legitimate journalists did not do an ounce of research for their articles either, we will just chalk it up to mob mentality.

Although Forbes pulled it down (but  not before mis-educating thousands who read it), the mock sites used to promote Forbes articles still hold the content of what was in the article. You can read this lovely piece of complete fabrication and misrepresentation of not only me and my family, but parenting in general,  written by Caroline Howard here.

There are three big issues in this article:   the author’s complete ignorance about trauma in adoption, misunderstanding of the term “attachment parenting”, and misunderstanding of child-led weaning. I am going to answer some of the questions here because, even as stupid as this piece is, it is a decent gauge of how uninformed people are on pretty normal parenting practices here in the States and around the world.

Child-led weaning can be a very slow process. In the article, the author indicates that I said that Samuel breastfeeds “maybe once a month.” At that point, Samuel hadn’t breastfeed in months and it turned out he had weaned. The article also pulls out a quote from my blog where I said that, “being able to breastfeed Samuel for almost a year was a beautiful experience.” Her confusion rests in the misconception that weaning is a relatively short process (which it can be, but is less likely to be in child-led weaning). Most of us who pursue child-led weaning don’t even realize our children have weaned. It isn’t a milestone in their development, it is a non-issue. So, to be in that transitional phase, the best I could do to explain it was that he might want to do it once a month, if that, when in reality he had weaned and we didn’t even notice.

The article questions where Samuel was in the photo and then adds: “No comment yet from Time’s Director of Photography Kira Pollack, who managed the shoot, or Grumet.” The “no comment” was probably due to the fact that no one asked us this question. No attempt to ask this question was made or we would have loved to answer it.  So let me do it for you now.

Even if Samuel was breastfeeding at the time, the fact that it was so infrequent would not even allow for a photo to be taken. You cannot force a child to breastfeed. They either want to or they don’t. It was easier to shoot Aram breastfeeding because he still breastfed before his naps and they arranged the shoot to be the same time in the day when he would be breastfeeding prior to a nap.  In fact, he fell asleep nursing at one point during the photo shoot.

Another issue that this blogger doesn’t seem to be aware of is adoption trauma. Adoptees have unique and special needs, especially when they have been in the family for a relatively short period of time. Samuel had been home for a little over a year when Time contacted us. We spoke with one of the editors and we all had the same concerns about racial issues in addition to the confusion regarding adoptive breastfeeding, a topic that already was not understood well in the West. We have made sure to keep Samuel in very normal settings and not in settings where bright lights and studios may constitute a sort of upsetting situation, because he is more sensitive than Aram to certain stimuli. Nevertheless, we wanted people to know Samuel’s story and introduce people to the idea of adoptive breastfeeding, so JuJu Chang invited us over to her home where we were able to tape a segment and in a very calm and non-invasive setting of her own child’s room. We let Aram and Samuel talk to her about anything they felt like. It was five minutes of playing with robots (which JuJu let the boys take home) and there was no stress or upset for Samuel. That felt good and right to us.

The article states: “Like attachment parenting — Grumet describes her personal life as “being with my child constantly.”’ How odd that there is no link or source citing for this quote. I’m assuming this is because she completely made it up; it’s not even from another source that fabricated it. No, this is not true for me or for most people who consider themselves attachment parents. The fact is that Sears’ principles of attachment parenting include maintaining a balance between family and personal life. Here is a little background on how our “AP lifestyle” has worked (and it is different for everyone):

We did not do “birth bonding” because we did not have that option. I was recovering from HELLP Syndrome while my preemie child was surviving in a different wing of the hospital for three days. My husband ran from one area of the hospital to the next trying to allocate his time appropriately. After three days of recovery, I saw my child for the first time in person and then I was released and my son was left in the NICU until his sucking reflex developed. With Samuel, there clearly wasn’t an option to do “birth bonding”, but with his first mother he was given that time and we are so thankful his birth experience was much better than Aram’s.

When Aram was a newborn and infant, I didn’t leave him much because it didn’t feel right to me or Brian. Breastfeeding was more convenient if I didn’t have to pump and my hormones seemed more stable when my child was by my side, not even “constantly” as the fake quote says, but much of my day. It worked for us, and so perhaps people are confused that the infant and toddler stages mirror each other in AP, but it was really the first year when we decided not to use babysitters and focused on staying as a family unit.

When Aram was two years old and Samuel had been home for six months, we decided the boys would be fine if we went on vacation without them. We gave them a vacation away from us with my parents, and Brian and I went to Hawaii for a week. We made the choice to be apart when we felt ready, so  we made the trip gladly and with confidence. The boys did not cry for us nor were they confused where we were. We did not feeling guilty we were gone. Being an “attachment parent” (and again,  it looks differently for everyone) means having a well-attached and independent family, not an overly-attached family.

Keeping with this trend of independence, we have listened to the signs in our family and our children and waited in each stage of their life for a smooth transition ahead. Our boys moved into their own beds on their own, both before the age of four, without fear or anxiety because we never made our bed our their own bed seem like a frightening or more desirable place to be. They knew each place was safe and they felt they had control of the situation to decide on their own, which they did.

After our initial week trip, Brian and I have been on more trips alone without the kids with the same feeling of satisfaction knowing we are present as possible when we are with our children and when we are apart they are happy and well-cared for. I believe a well-attached family is making the most of the time you have together and being present, and that does not mean just physically being close to your children, but emotionally present. So, when the time comes when the natural process of having alone-time or time apart from your children comes, it is not met with regret or hesitation, because each step prior was celebrated as time well-spent.

Being an attachment parent means having a well balanced and well-rounded lifestyle. Our family finds importance in traveling with our children. We put time and effort into making this a reality for our family. Brian and I also both feel called to serve in other ways in our life that require time and travel that would not be an environment we would bring our children into at their ages. This does not mean our own life stops because we are parents. We have chosen to take on the responsibility of raising two human beings and we do not take that lightly. Guiding children into adulthood is not something everyone can or should do, and when it has been taken on, should be taken seriously. It also does not mean that individuality of the parent goes away when deciding to take on that responsibility. Following intuition and addressing each child’s needs, you’ll know when you should put on hold and resume different parts of your life. For instance, now that my children are older, I can focus on traveling to developing areas of the world with them, as well as traveling alone for work with the Fayye Foundation and other causes like Waves for Water.

2. sleep in their own beds

3. Are not in slings/carriers (I’m getting a backache thinking about that as a possibility)

4. spend time away from mom and dad with ease and much delight

This is what our family looks like. If you don’t consider yourself an attachment parent and this sounds a lot like your own family, perhaps it is time to ditch the labels and just call it what it is: parenting. After-all, one of the lovely women I know from API explained “the label is used so we can find each other.” Categorizing groups is part of what it means to be human. It does help us find like-minded parents to gain advice and support from. There is nothing wrong with that, but we need to be careful not to become separatist to other parents when we do find groups of parents that parent similarly. We are all in this together.

Fear and ignorance are the leading causes of judgment. We are all guilty of it, now let’s try out best to educate ourselves, always be discerning of articles being circulated on the web today, and before we judge, take these words to heart:

The media’s the most powerful entity on earth. They have the power to make the innocent guilty and to make the guilty innocent, and that’s power. Because they control the minds of the masses.
-Malcom X