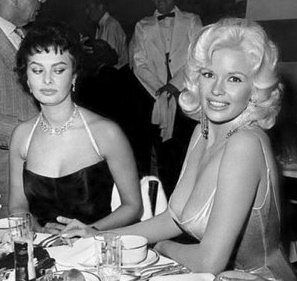 I started hearing those words for the first time in middle-school. I still hear grown women saying some form of that phrase (“All of my friends are men, I just get along with them better.” -I bet you’ve heard that one before). I bought into it like everyone else did. I had friends tell me that other girls didn’t like me, and so the seed was planted. I learned to judge and fear women, and they did the same to me.

I’m not buying it anymore. Sure, women may pass initial judgments on one another for whatever reason (all fear-based). However, in most cases within five minutes of speaking with someone, those preconceived judgments melt away, along with any initial criticism they originally had. So, why do we still feel the need to judge?

We are so disconnected and taught at an early age to rival one another, but the truth is that women want to connect with each other, and it’s not hard to do. Female misogyny in the way most of us know it is not evolutionarily driven; it’s cultural.  It’s simply society teaching us to fight. We are social by nature and strongest when we are encouraging to others in our community. I do not believe that any sex is supreme over another (misandry can be equally problematic), but I wonder if these culturally generated female wars were created out of fear, because they know what we are capable of together. By pitting women against each other we are essentially distracting women when we would otherwise be in agreement on many issues.

I get along with men and women. I still have more fear approaching a woman than a man. I am a prime example of the product of the West in many ways. It’s hard to shake a thought that is deep-rooted inside of you, but consider different times in history when women really banded together with such strength.

I love this quote from The F Word:

For women to flourish, we need to band together. We need to re-create the sense of female connection we once had during biblical days around the village well and in the Red Tent where women gathered, shared stories, supported each other, and passed on their female wisdom. I am not suggesting that things were great for women then, but I am saying that we have lost that essential sense of community that women had then. The saying “together we stand, divided we fall” is true.”   – The F Word, Rosjke Hasseldine , 14 June 2008

That kind of relationship is worth getting out of your comfort zone for.

Bottom line: We need each other.

Jul 8, 2012Jamie
Meet the Dream Team- Awassa or BustConfession of the Day- I'm a Pirate.