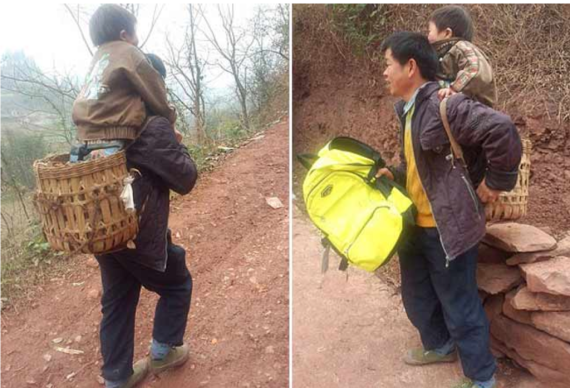 Early every morning, Yu Xukang, father in Yibin (Sichuan province of China), carries his son on his back to his primary school, and returns home to the farm. He then goes back to the school in the afternoon to bring his son home. He coves almost 18 miles a day with this routine. 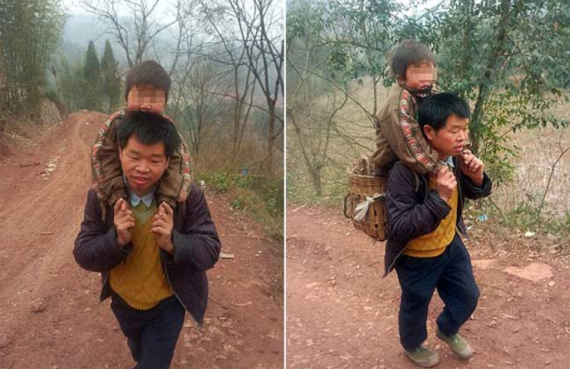 Xukang’s son suffers from an undiagnosed disease and he is unable to walk due to his condition. Xugang’s wife left home when their son was 3 years old.

Because of his condition, Xugang’s son did not start school until he was 12 years old. The father said he will continue to carry his son to school, because he and his son share the dream that the son could one day study at a University. 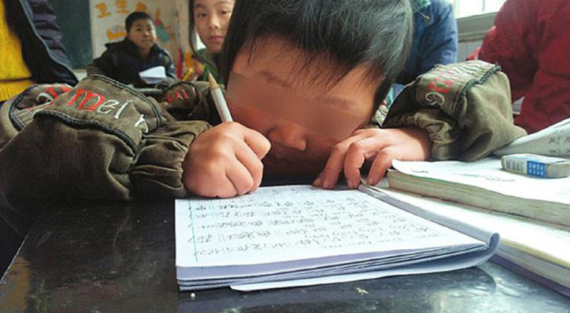 The local government found out about Xukang’s daily routine. They plan to financially support the father for his son’s study and living expenses from primary school through high school. The public security bureau is attempting to locate the boy’s missing mother.