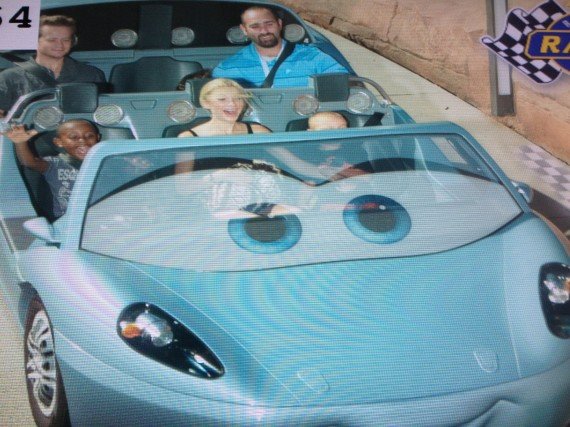 This weekend was a lot of fun. We met up with Raise It Up CEO, Terry, and his incredibly charming family.

We saw rare cacti bloom for 1 night only (A’la Dennis the Menace Movie), visited museums, swam in a pool full of bile (it’s a long story), and came up with a game plan for the non-profit for the next six months.

Monday we returned home and Samuel was shivering a little. I took his temperature and it was 104 degrees! It was his first fever since he’s lived in the US, but it was so high it scared us -I don’t like to mess around with my kids health. With Advil, it dropped to 102.7 so we made plans to take him to the doctor if he wasn’t doing much better the next day.

Somehow in the middle of the night my bottom lip swelled (only on the left side) and I thought we had all contracted some fatal Arizonian virus or I had somehow had a sudden onset of atypical Bell’s Palsy. Brian was not as concerned, it seemed, because he kept laughing hysterically every time he looked at me.

Oddly, our sudden onset of ailments left as soon as they came. I woke up still with a swollen lip, but it subsided by the middle of the day. Samuel, however, woke up with a temperature of 98.6 degrees. I thought it was just a fluke or that it would go up in the middle of the day, so he rested all day and his temperature stayed a steady 98.6. His immune system of steel shows no mercy.

Unfortunately, I had to reschedule an interview on NPR for Thursday morning because of the health drama going on in our home. I was really looking forward to meeting Suzanne Barston (Fearless Formula Feeder) who was going to be on with me as we both promoted the “I Support You” campaign. Thankfully, all of that has just been moved a couple of days later in the week.

Did you any drama this week?

Jul 31, 2013Jamie
I Support YouWhen is a Nurse-In Effective?