Home > Does this Fashion Spread Glamorize the New Delhi Rape? Just like the atrocious 2012 crime, a young woman is seen in the photo series “The Wrong Turn” entering a bus, and then being grabbed, bitten, and held down by a group of male models. The images were eventually pulled from the Shetye’s website, and he denies that the images were based on or inspired by the Delhi incident. He told Buzzfeed.com that he “didn’t want to create something irresponsible.” He also suggested this was about raising awareness about rape with an added criticism to the caste system. “The message I would like to give is that it doesn’t matter who the girl is,” he told the online publication. “It doesn’t depend on which class she belonged in — it can happen to anyone.” 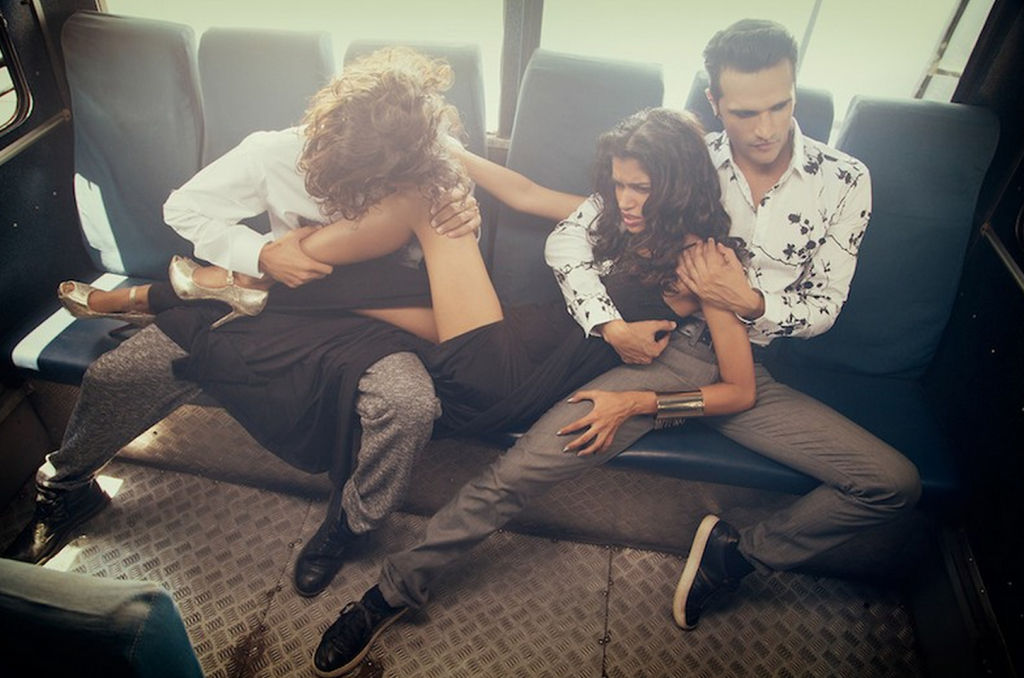 While his intentions may have been pure, it does not help his case or his cause that the tags he placed on his website for the shoot happened to have been, SEXY, HOT, MALE, KIDNAP, LOVE, MALE. 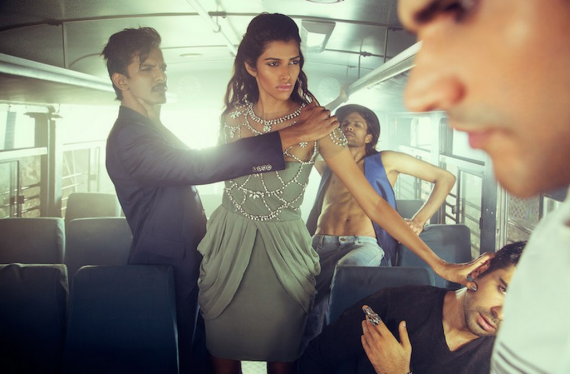 I truly don’t believe that the vast majority of humans ever choose these type of ventures in their career to hurt people. This very well could have been a poorly thought our idea- a mistake. However, this is not anywhere close to the first time rape has been fetishized or trivialized in fashion or mainstream media/marketing, and perhaps it is the reason this photographer did not grasp the potential ramifications of pursuing a spread like this. Glamorizing and in a sense “normalizing” rape and other sex crimes is extremely harmful to society as a whole, and that is exactly the conversation that needs to come from the coverage of this spread.

Aug 17, 2014Jamie
'Mom's First Birthday'- This Diaper Commercial Will Make You CryHeartbreaking Video Captures a Homeless Man's Expression as His House Is Destroyed by Police