Home > The Faces of New Fathers

The Faces of New Fathers 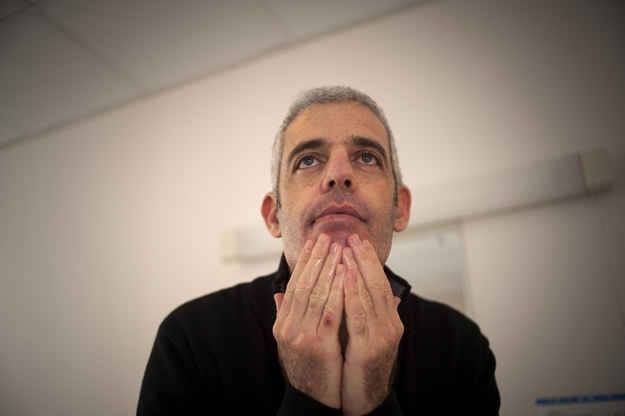 In a hospital corridor in London, photographer Dave Young captured the immediate expressions on these men’s faces when they found out they were fathers. Mr. Young did a great job of capturing the intensity of raw emotions with his camera lens, and creating a photo that will tell a story for years to come.

Everyone says that fatherhood changes you. Here are some quick facts about the biology and psychology of fatherhood from our Science Editor, A.M.:

In my 25 years of clinical work with families and children, I have observed, with increasing amazement, an infinite variety of caretaking styles, arrangements, and structures used by families to raise their young in the best way they can. I also now realize that most of the enduring parental skills are probably, in the end, not dependent on gender. Once we look closely, we see nurturing skills in both mothers and fathers. In fact, the very essence of nurturing–the ability to be selfless and patient, loving yet consistent, tolerant but expectant, and, above all, the capacity to share and make sacrifices of one’s own emotional, spiritual, material, intellectual assets–ultimately transcends gender.

– Kyle Pruett, MD. Fatherneed: Why Father Care is as Essential as Mother Need for Your Child (the source for many of the facts listed above)