Home > Why We Should Embrace the “Extreme Parenting” title

Why We Should Embrace the “Extreme Parenting” title 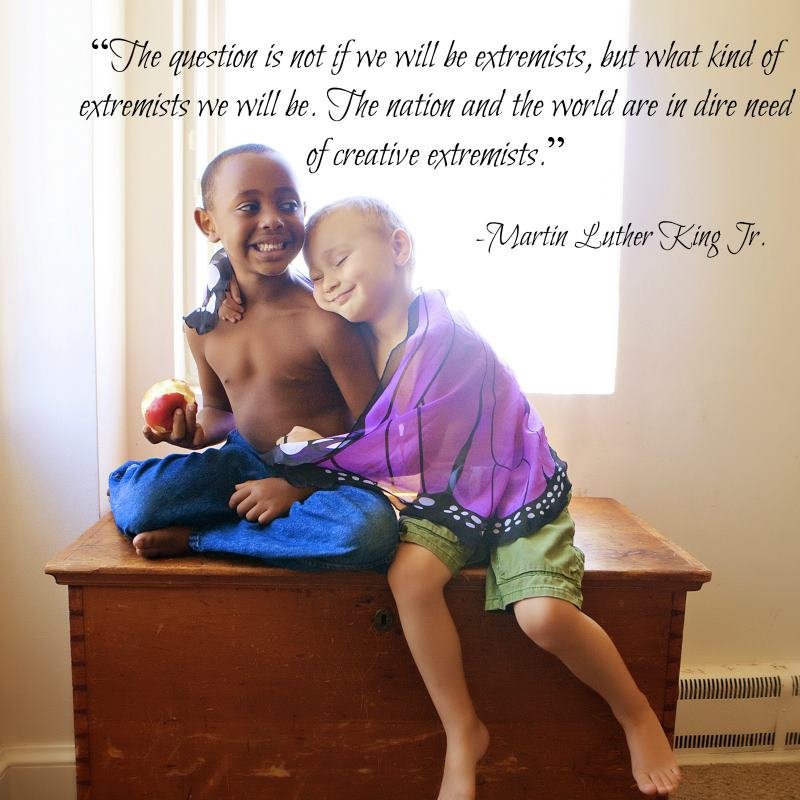 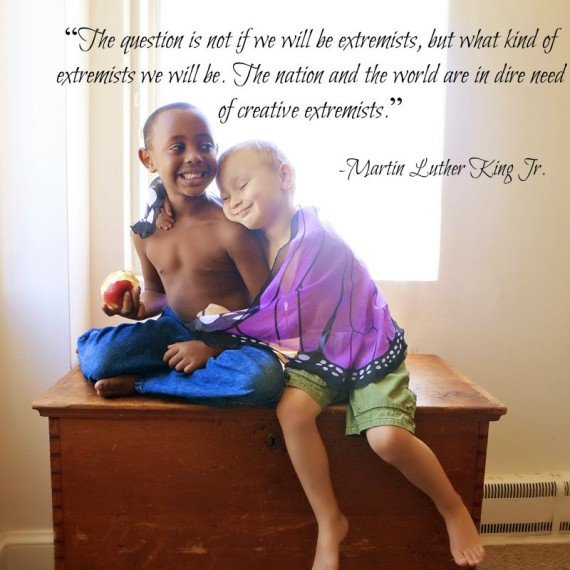 Probably before, but ever since Time Magazine’s “Mom Enough” cover came out, people have been labeling parenting practices that are similar to or in alignment with “attachment parenting” as extreme. Most of us laughed it off because there was a clear disconnect between what the families’ lives were actually like in these “extreme parenting” scenarios and what society thought went on in their homes. It was (and still is) such a foreign concept to so many Americans, that the general public can only make an assumption based off how it is portrayed by journalists and other media who are ignorant on the topic. So, as “AP parents” most of us have let it all go without further explanation.

However, I’m starting to change my mind about the title. I don’t think it has to be seen as negative.

One of my friends from the Ventura County Nursing Mother’s group made a comment about the “extreme parenting” title we had just received.

She questioned why it was wrong. “Maybe being extreme isn’t so bad. Our country loves ‘extreme sports’ and considers it heroic when one pushes boundaries and labels it ‘extreme’ in a positive way.”

I had always taken the label of “extreme parenting” from the media as a similar label they give to groups like “Muslim extremists” (essentially a risk to society). But it dawned on me, “Muslim extremists” aren’t really Muslim. Just as Westboro Baptist Church members aren’t really Christian. The media’s impression of attachment parenting – “breastfeeding children until they are teenagers” or “physically forcing unwilling children to co-sleep for the mother’s own narcissistic fulfillment” (again, dad is never blamed or mentioned, because in media defined AP, he doesn’t exist except to be the subservient member of the household). Anyway, the media’s portrayal of “extreme parenting” – that’s not parenting, I would say that meets the definition of abuse.

As any “AP” parent knows, the misinformed public portrayal of “extreme AP parenting” is the antithesis to how AP families are actually raising their children.

A history of embracing unflattering labels

The word “christian” had an unfavorable start. In 45 CE, the followers of Jesus were very present in Antioch. During this time, people in opposition or who were not followers of “the Way” used the Greek word Christianos (Christian) to describe Christians (or followers of Christ). “ianos” was used to describe a slave of the name connected with it.

The label was attempting to be derogatory, but the people following “the Way” ended up using the word to describe themselves because they would like to emulate their true master (but by no means considered themselves a slave to Christ). When followers of Jesus embraced the term “Christian”, the label lost its power to be derogatory.

What is positive about being an extreme parent?

Being an extremist isn’t wrong when spoken about in the right context.

Martin Luther King. Jr once said, “The question is not whether we will be extremists, but what kind of extremists we will be… The nation and the world are in dire need of creative extremists.”

If we are to truly embrace a label that was inappropriately given to us by a misinformed society, then we should try to embrace and live up to what could be the positive ideal for the term.

As extreme parents (and this includes almost all parents, and definitely surpasses the AP label) we are extreme because:

If you look to our current trends and outlook on parenting, the above ideas are most certainly extreme.