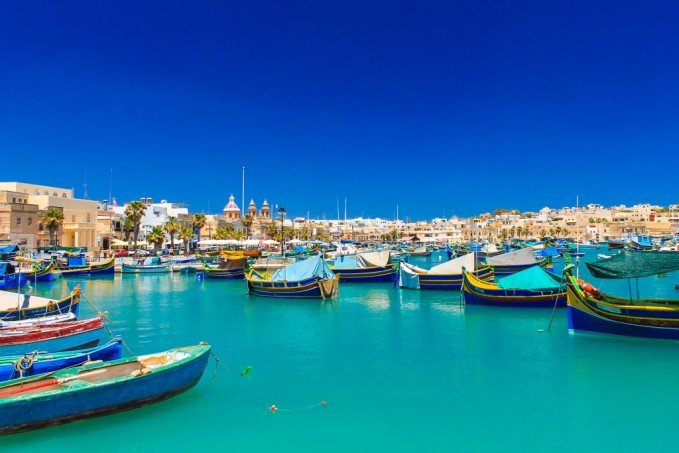 Precious few have heard of it, fewer still know where it is and you’ll be forgiven for not knowing its 7,000 years of fascinating history. That makes the visitors who do reach this stunning archipelago some 60 miles south of Sicily extremely lucky. For despite stiff competition on the beauty stakes from many other Mediterranean islands (and there are quite a few), none blend that unique beauty with such character, style and intrigue.

Hotels.com: Save up to 25% on mobile exclusive offers!

To begin to understand the people of the independent country of Malta with its three inhabited islands, you need to go back to WWII when it fearlessly and courageously defended itself earning the George Cross, the highest British civilian award for gallantry.

With plentiful package holidays and flights available from the UK, Italy and beyond, there’s no better place to start exploring the rich history than its World Heritage Baroque capital, Valetta, designated European Capital of Culture for 2018.

But don’t get stuck into the city grid straight away. First, give yourself some perspective and a flavor of that history and take a boat tour around Grand Harbour.

Then launch yourself on Valetta via the City Gate, the city’s the main entrance since the 16thcentury. Head to St John’s Square where you’ll find the heavily gilded baroque St John’s Co-Cathedral (granted equal status to St Paul’s Cathedral in Mdina, hence “co-cathedral”). A quick tour of Casa Rocca Piccola, home to Maltese nobility on Republic Street, and you’ll be ready to move south to Paola, site of the Hal Saflieni Hypogeum, an underground burial site cut into solid rock in about 4000 BC.

Drive a few miles south-east to Marsaxlokk at lunchtime – this is where locals come for fresh fish. There are plenty of restaurants along the harbour-side overlooking the traditional fishing boats.

East north-east on the other side of the airport you’ll discover a gem: set high on a hill-top, the ancient city of Mdina, with just 300 residents, dates back to Phoenician times and is nicknamed the “silent city” because cars are banned, giving you peace and quiet.

From there travel due north to St Paul’s Bay for breathtaking scuba diving with wrecks galore, some deliberately scuppered, others with their own enigmatic tragedies. For white-sand beaches and the cleanest water in the Med, journey up to the island of Comino and the Blue Lagoon (at its best in spring or autumn) from where you can swim to the tiny island of Cominotto.

A ferry-hop north to the island of Gozo allows a visit to the Azure Window, by Dwejra Point, an absolute must-see. Here the sea has gouged out a 150ft-high arch in the rock, stunning in calm seas, dramatic in rough. And for peace on a beach, Gozo has the best in the country!

So for some healthy Mediterranean food, 300 days of sunshine, rolling countryside and dreamy coastlines, a destination steeped in history like no other awaits.

May 7, 2015Rex
Organize your Kid’s Closet with These Useful Tricks!Go See This Movie! "Noble"