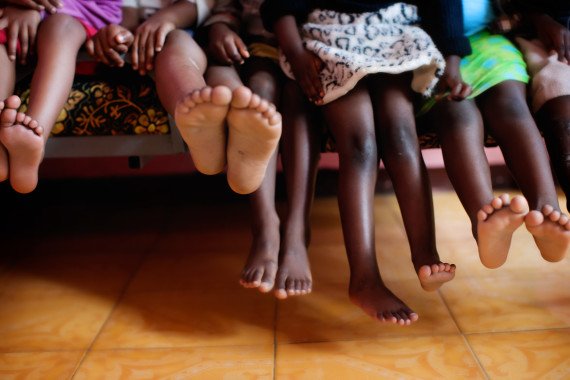 This guest post was written by Grace Showalter. Although the views and opinions presented here may or may not necessarily be the same as “I Am Not the Babysitter”, we appreciate and respect the educated opinions of all mothers.

Dr. Jane Aronson, the “Orphan Doctor” is an invaluable asset to the international adoptive community. There is no doubt that her expertise in pediatric medicine for internationally adopted children has literally saved lives. Her work with the Worldwide Orphans Foundation is also wonderful and benefits so many children.
But, despite the priceless assets Aronson provides to the world of orphaned and adopted children and their families, I am concerned about the way in which she is accepted as an expert in all issues related to adoption, especially with regard to adoption ethics.
Aronson has written articles and given interviews that express her opinion that trafficking, fraud, corruption, and unethical behaviors are “not a problem” and “rare” in international adoption. Anyone who has been around my blog for any length of time knows that I do not share that opinion, and find little reason to give any credence to her views.Here are 5 common sense reasons why I think Aronson’s views of adoption ethics are faulty.
1. Aronson is not an expert in adoption ethics. None of her training has prepared her in any way to discover or validate the existence of fraud, corruption, or breeches in ethics in adoption. She is a physician and an philanthropist. She has not worked for any organization specializing in adoption ethics nor obtained any training in adoption ethics, that I can find. While I’m sure she has had some training in medical ethics, this does not make her an expert in adoption ethics in any way (I’m married to a physician with more advanced degrees than Aronson. Nothing in his training makes him an expert in any kind of ethics, but especially not adoption ethics.)2. Aronson claims that she sees “quirks” in adoption paperwork, but rarely sees instances of trafficking, fraud, or corruption. This may very well be true in her experience, but that does not mean that these ethical breeches do not occur. Aronson works almost exclusively with prospective adoptive parents to review medical files before they accept a referral, or with children who are newly adopted to address their health needs. The vast majority of ethical breeches in adoption are discovered well after a child has been home with their adoptive family for quite some time. Unless the ethical breech involved a drastic disparity in age or a medical issue, it would be rare that Aronson would even be privy to the family’s findings of corruption. Additionally, even if a family is aware of an ethical breech, it is often not clearly documented in adoption paperwork (which is primarily all that Aronson knows about a child/family) and many families chose to keep their discoveries private, even from physicians or other professionals involved in their child’s care.3. Aronson benefits financially from the business of international adoption. In fact, her entire medical practice is built on international adoption. It is a conflict of interest for someone who is benefiting financial from international adoption to promote the continuance of IA, especially when they are promoting IA by saying there aren’t ethical concerns in the process. Aronson makes statements belittling the experience of adoptive families and children who have lived through corruption, fraud, and trafficking, all while earning money from families who continue to pursue IA. It’s just like adoption agencies claiming that there aren’t ethical concerns in IA; it’s a conflict of interest, and as a result, the opinion holds little weight with me.

4. Aronson herself has participated in adoption fraud. In order to adopt from Ethiopia, Aronson fraudulently represented herself as heterosexual, aided by her agency. Whether or not one agrees with the Ethiopian guidelines that disallow adoption by gay and lesbian individuals and couples (I personally think it’s rubbish), the fact is that the openly gay Aronson perpetrated fraud in her Ethiopian adoption process, and her agency assisted her in doing this, perpetrating fraud as well. When an adoptive parent who has perpetrated fraud then claims that fraud is rare in IA, something just isn’t adding up. My guess is that Aronson is taking a view that “the end justifies the means” when it comes to fraud in IA, and discrediting examples of fraud, corruption, and trafficking as long as the child ends up in a “good home.”

5. Guatemala. Vietnam. Ethiopia. There are so many documented cases of trafficking, corruption, and fraud in these countries that to claim they are “rare” is either ignorance or flat out lies. I don’t believe that Aronson is ignorant. Anyone who has been as intimately involved in IA as she has as a physician, philanthropist, and adoptive parent cannot claim ignorance. There’s just too much evidence. It’s more a matter of choosing to believe it or not.

Jane Aronson offers a wonderful depth of medical knowledge and experience to children and families of international adoption, and serves the orphans of  Bulgaria, Haiti, Ethiopia, Vietnam, and Serbia with her charitable work. She is a valuable asset to the children of the world. But just as one would not expect their lawyer to diagnose and treat heart disease, so we should not expect that a physician is qualified and knowledgeable in matters of adoption fraud, corruption, and ethics.
This guest post was written by Grace, an adoptive and biological mother of four, striving to live in The Way through practical love for others. She blogs about marriage, motherhood, and moving to the Deep South at Gracelings.org.
Mar 24, 2013Jamie
Top 5 Reasons You Should Have a BlogTo Assume Makes an Ass out of (Yo)U and Me