With some guidance, Caitlin caught Elsa-Monet, at 7:17am, as she entered the world. Caitlin then unraveled her sister from the cord, which she was wrapped in, and handed Elsa-Monet to her mother.

[I was] scared and shaky at first because I had never seen anything like that before in my life. When my sister was born, I was really happy. I think she’s really cute and I love her very much. 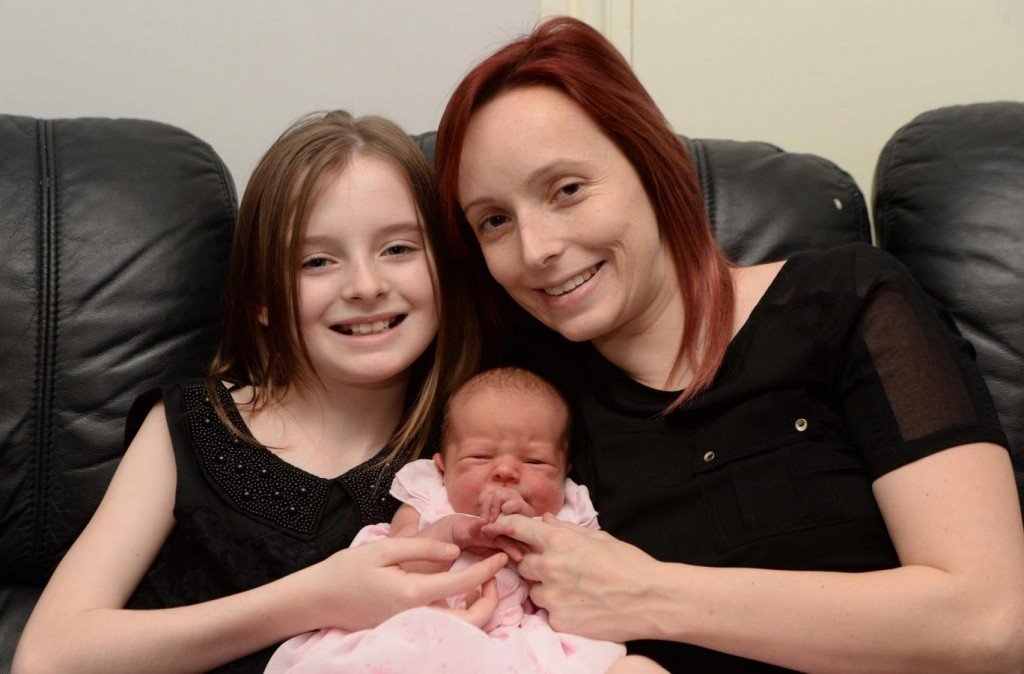 Filled with pride for her daughter, Tara beams.

Caitlin was just amazing. I find it difficult to put into words just what she has done for me.

I was screaming in pain but Caitlin was calm throughout. I don’t know what I would have done if Caitlin had not been there. I couldn’t do what Caitlin has done at my age, let alone at the age of 11. She has such a bond with her baby sister now. She can’t leave her alone and keeps saying how much she loves her.

When all was said and done, as if this were just a typical morning, Caitlin then headed off to school for the day.

Nov 28, 2015Jamie
Affordable Ways to Keep in Contact with Family and FriendsHow to Throw the Perfect Kids Birthday Party