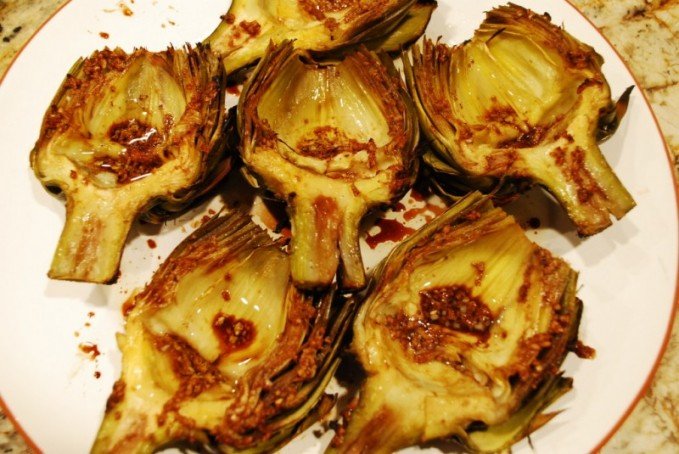 Text and Image by Margie

A number of years ago Tom and I ordered some grilled artichokes at one of our favorite restaurants in the Napa Valley. No matter what else we order at the restaurant, we never fail to order their grilled artichoke. The restaurant gave us a general idea of the ingredients in the marinade, so after a few tries of our own, this is a close match. 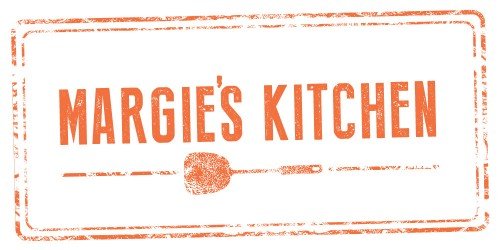 ** Marinate artichokes at least one half-hour to 2 hours before grilling.

1. Heat grill to medium-high heat.
2. Place each artichoke on grill over direct heat, cut- side up.
3. Grill for 8 to 10 minutes. (Grill on one side only, don’t turn them over.)
4. Remove artichokes from grill to plate, cut side up, and cover with foil for 10 minutes before serving.

Serve either warm or cold, with or without a dip.
I serve them with a sauce of aioli or plain mayonnaise.

Wine Pairing Tip: The artichoke is such a strange vegetable when it comes to wine pairing as it contains a chemical called cynarin, which is a substance that can alter the taste of a wine, making it taste unusually sweet or funky. Grilling artichokes will cut the Cynarin’s effect in half, making the pairings hold up better. When you grill the artichoke, both Merlot and Zinfandel will compliment the charred taste of the vegetable.
Markham Vineyards Merlot 2012
Plum and blackberry flavors with a dark ruby color. Dark fruit aromas, velvety tannins and a medium body. Markham Vineyard Merlots are usually a very consistent wine at a reasonable price.