Did you know there are still drive-in movie theaters in Los Angeles?

My friend Danica from Everywhere Society invited us to the Electric Dusk Drive-In in Downtown Los Angeles. 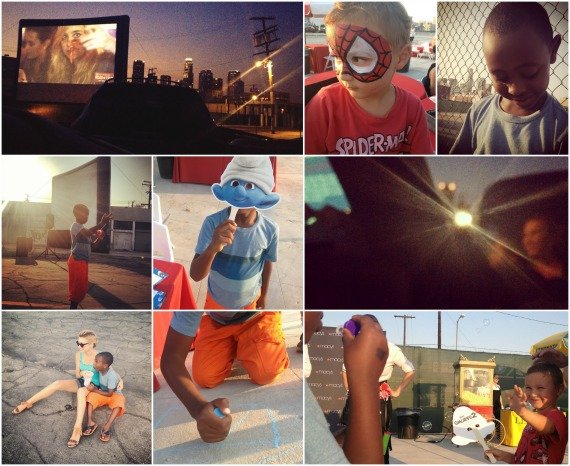 The Smurfs are interesting blue creatures. A seemingly polyandrous society of… gnomes? Are they gnomes? It’s always confused me.

Anyway, as soon as we arrived, Aram locked on to the face painting. He was wearing a Spiderman shirt that day, and the woman created a great mask to go with it.

Samuel suddenly appeared with a Superman-shaped balloon. When I mentioned how hard that must be to make, Samuel responded with, “Mom, he’s an artist.” Finally, someone giving the respect that profession deserves. 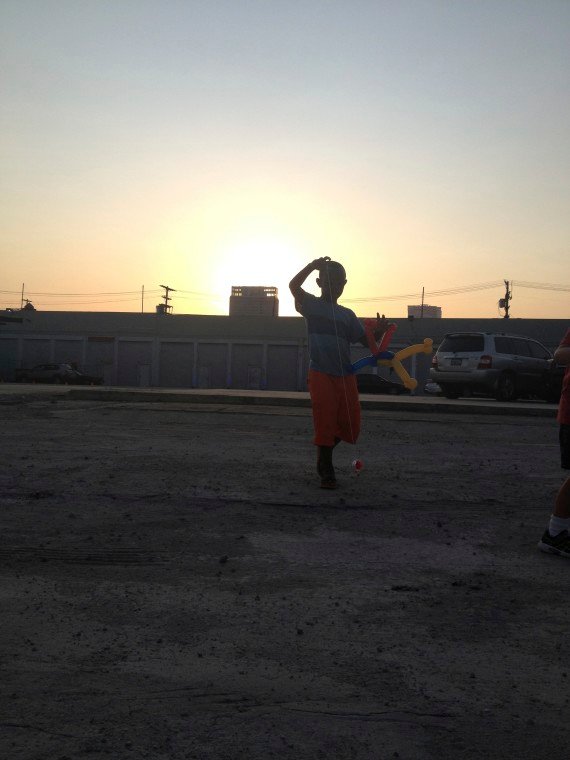 The boys painted, created, and blew bubbles for a couple of hours before the movie started.

When the movie was ready, we all snuggled up in our car to watch it.

I was exhausted from earlier that day, so since I was in such a comfy setting, I passed out relatively quickly. The boys, however, loved the movie and stayed up way past their bedtime and had a great time doing it.

Have you been to a Drive-in movie before?

Jul 12, 2013Jamie
Community Parenting in Ethiopia and Why We All MatterOur Weekend Plans and an Awesome Week Wrap-Up