Home > Don’t Name Your Baby Hitler, but Vanellope is Okay

Don’t Name Your Baby Hitler, but Vanellope is Okay 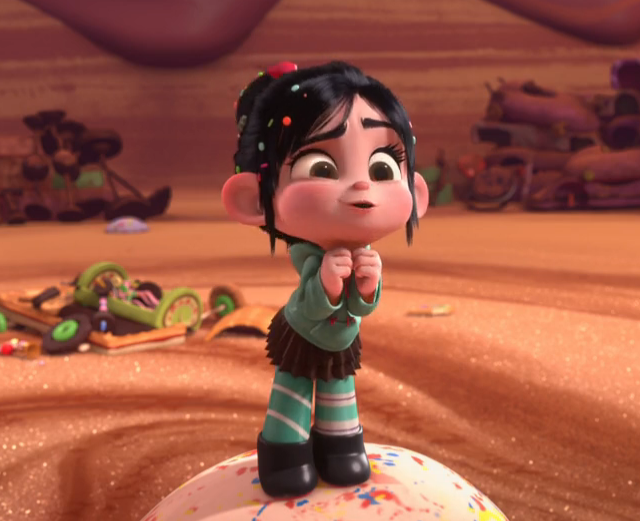 With names and tattoos, someone is going to hate your choice. It’s such a personal thing. I guess you always have the option of just never adding children or tattoos to your life if you’re really worried about it, but that is almost more alarming than the idea that someone would determine the name for their offspring based on what they feel is most socially acceptable.

I thought Tuna was a beautiful name growing up, and I still have the Cabbage Patch doll that received this as her name.

So… I don’t think I have much room to talk when it comes to criticizing baby names.

Well, except when it comes to the couple that tried to name their child Adolf Hitler… I am enough of a conformist that even I think that is an extremely poor choice. Rule of thumb: if it is offensive even for a pet – it definitely should be off the table as a human name. Of course, I had a cat named Lucifer, so maybe I need to take my own advice. Still, even I would never name my cat Adolf Hitler. No. Just, no.

As much as I feel like almost any name is fair game with babies, I was scratching my head a bit when the 2013 baby names in the US were released.

For one, Vanellope was given to 63 lucky babies. It reminds me of the words “vanilla” and “envelope” which are both pleasant enough. However, what I want to know is how 63 people in this country all seemed to be inspired to name their child Vanellope – spelled exactly the same way! Religious cult? Universal energy field alignment?

…Wait, I Googled it and a character in Wreck-It Ralph came up.

Amazingly, the name Prim (from Hunger Games fame) was only given to seven babies in 2013.

Sierraleone was given to five babies in 2013 along with Kaptain, Pistol, Ransom, Vice, Rebelle, and Subaru.

Seven babies were named Lloyal, which oddly almost makes more sense than Lloyd. Although, the double L thing always confused me. Who started that? Wouldn’t one L suffice?

I saved my favorite for last! Ten babies received the name Jceion – which again begs the question, did these mothers get together in their pregnancy to plan out this very creative version of an old classic?

How did you choose your kids’ names? Do you have any interesting nicknames for them?