Dad Forces Boy to Run Alongside Car for ‘Football Training’ 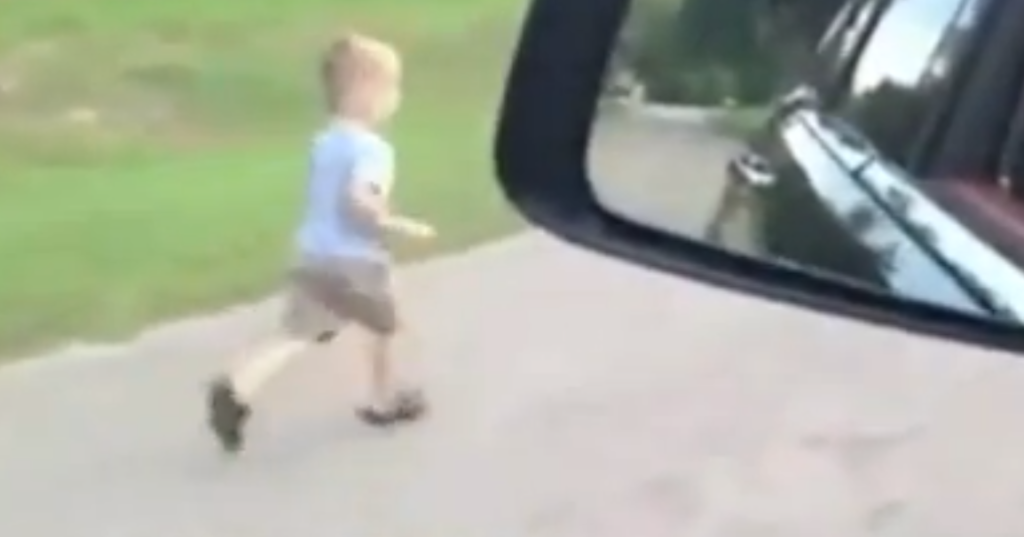 The father in the video identifies himself as “Brandon Yates” of Texas.

He can also be heard telling his young son, that he is preparing him for professional football training.

‘This is how we train for football!”

“Daddy drives and you run. Now get your little ass in shape!”

“Come on. Faster Yates. You’re running like old Brian Yates. He ain’t worth a shit, an old slow son of a bitch. Pick it up!”

“If you wanna play for the Cowboys pick that shit up!”

The car is shown to be moving at 8 miles per hour while the little boy (wearing crocs) runs alongside.

The complains that his hip hurts as the come up to the driveway, but the father tells him he doesn’t want to hear any excuses.