Home > Coupons For Good: 3 Online Travel Sites With A Purpose

Coupons For Good: 3 Online Travel Sites With A Purpose

Your typical method of choosing a travel site probably involves searching for discounts. But what if you based your next travel site choice on charitable contributions and low prices? Some travel websites partner with charitable organizations, donate money, and encourage philanthropy in their employees.

According to Hotels.com, the United States is the only developed nation that doesn’t mandate paid vacations. Accordingly, many people, especially low-income families and those living below the poverty line, can’t afford to take any time off work or rest from the stresses of life.

Hotels.com began the Vacation Equality Project in 2014 as a way to raise awareness about this lack of paid vacation in the United States. Hotels.com is also known for its Fairway to Wellness Charity Golf Tournament, which benefits the American Diabetes Association, the American Cancer Society, and St. Jude Children’s Research Hospital. The amateur golf competition takes donations from vendors and partners, and it has raised several hundred thousand dollars in the four years during which it has been held.

The Expedia Cares program is Expedia’s overarching philanthropic effort. Instead of focusing on a single nonprofit organization or cause, Expedia lets its employees lead where charity work is concerned. Every year, Expedia hosts a Global Day of Caring. Instead of working that day, employees all over the globe head to local charities to donate their time.

Expedia also matches employee charity donations up to $4,000 per employee each year. Plus, Expedia supports employees who donate their time, too. Expedia will donate up to $15 an hour for employee volunteer time to eligible nonprofit organizations, up to $1,000 a year. Some of the many organizations Expedia donates to include St. Jude Children’s Research Hospital and Free the Children. 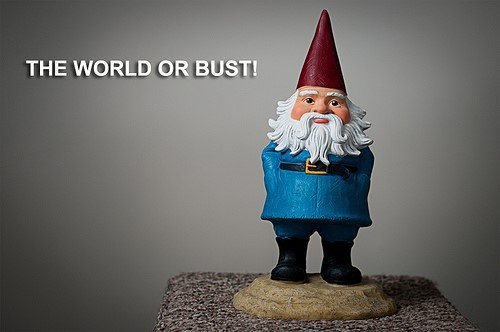 Ever heard of voluntourism? When you and your family go on a voluntourism trip, you travel somewhere with the intention of helping out a local charity, nonprofit, or disaster relief organization. You have to be careful about voluntourism, because some organizations take more care to offer good charity work than others. Engage with Travelocity’s Travel for Good program to make sure you’re committing your time to a good cause.

Travelocity’s Travel for Good is a grant program. Just come up with a voluntourism trip that you care about and enter Travelocity’s contest, then Travelocity will select three proposals that will do the most good and grant their proposers the trip of their dreams to make a difference outside their community. When you patronize Travelocity, you help the company keep this program alive. On top of the amazing volunteering experience, Travelocity also donates $10,000 to a nonprofit organization of the winner’s choice. Doesn’t that sound like the most amazing trip you and your family could ever take?

The next time you’re searching for a great trip to take with your family, use a site such as Travelocity, Expedia, or Hotels.com to support their charity work while you find great travel deals. Engage your family by planning a voluntourism trip or by choosing a favorite charity to start supporting.

Sep 20, 2015Jamie
'I want everyone to be smiling'. This little girl asks her divorced parents to get alongWould you be okay if your child brought home this note from school?