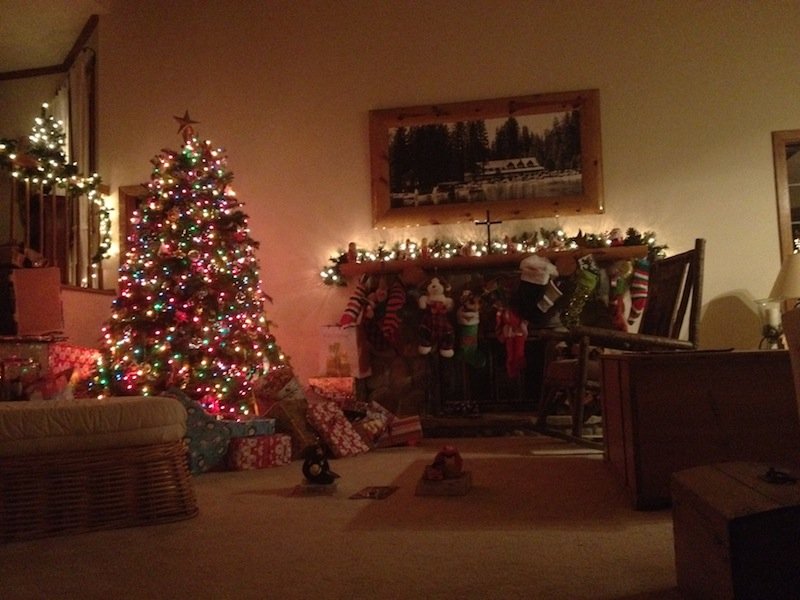 With Christmas around the corner, smart home devices like the Amazon Echo, Philips Hue, custom phone cases and iPad are likely at the top of many Christmas lists. But before you go stuffing those stockings with cool new tech, take a few minutes to consider the potential security risks—especially if you’ll have little ones using the devices.

The Ups and Downs of Smart Devices

Few people will argue that iPads, smart speakers, and home automation devices aren’t useful. They can put a world of information and entertainment in your hands, provide educational content to supplement your kids’ schoolwork, and allow you to control your home appliances with your voice. But they aren’t without their downsides.

Smart devices can also eat up your bandwidth, meaning you’ll have to check your internet speed before adding to your network of devices. Beyond that, connected tech can also provide potential security loopholes for attackers, and open up the sometimes-scary world of the internet to your kids.

If you want to bring smart tech into your home safely, you’ll need to take a few extra precautionary steps. Here’s what you need to know.

Any Connected Device Can Be a Security Risk

Did you know devices as simple as smart lightbulbs can be vectors for attack by savvy hackers? As recently as last year, researchers discovered vulnerabilities in smart lightbulbs that allowed attackers to gain control of the lighting system from a distance and force it to flash repeatedly for several hours, lock out the owners from making changes to the lighting, or adjust the color and brightness.

The vulnerability was part of the Zigbee wireless standard used by smart lighting manufacturers like GE and Philips. The researchers therefore inferred that the vulnerability could also allow access through devices other than lightbulbs—and there have been over 100 million devices sold worldwide using the vulnerable protocol. Yikes.

Fortunately, this particular vulnerability has been acknowledged and manufacturers have implemented fixes, but this type of vulnerability could crop up in any new tech.

What You Can Do: Do some research on the devices you’re buying to see if there are any major security vulnerabilities. A quick Google search should turn up the info you need.

Private Information Is Not Always Private

Any device with access to apps and the internet can gather the personal information about anyone who uses it. We’ve all heard the warnings about posting your location on social media, but the data collected for SEO and other purposes quietly in the background doesn’t get as much attention.

You’ve probably seen the opt-in screen where you’re asked to share personal data like location or account info to personalize a device or service. And you’ve probably accepted them, even if you didn’t read them. But you’re still aware on some level that your data is being collected and used. Your kids, on the other hand, may not be.

There is growing concern that devices don’t differentiate between the data of adults and children when the information is pulled and sent off to headquarters for analysis. Kids who haven’t had the opportunity to agree to this data collection, or who don’t fully understand the ramifications, present a sort of legal gray area for companies. But regardless of the legality, your kids’ lack of awareness may be compromising their privacy without anyone realizing it.

What You Can Do: Consider disabling features that collect data for personalization. Or, if you do need these features on your devices, monitor kids when they access those gadgets.

Let’s face it. No matter how open-minded we are as parents, there are just some things we don’t want our kids to see or hear. And unmonitored access to connected devices can put all that info right in their hands. Kids are curious, especially about things that are off limits.

Given that technology and internet access have become essential to modern life, the best approach here probably involves education and one of the best features you’ll find on any smart device: parental controls. You can set parental controls to block inappropriate websites, disable access to apps after a certain time, or set time limits on usage. Apple iPads have excellent parental controls, but Amazon’s Kindle Fire devices are even better. The Kindle Fire Kids Edition and Echo Dot Kids Edition use the company’s FreeTime Unlimited feature to provide access to age-appropriate content.

What You Can Do: Use parental controls! They’re there for a reason. And if the built-in controls on a device won’t cut it, a third-party app might help.

Device Overuse Can Also Be an Issue

Screen time itself is not necessarily harmful for kids. In fact, depending on the activity, moderate screen time may even be beneficial. Educational shows and games can be a great way to sneak in a little extra learning in a fun way. But the key word here is “moderate.” Overusing technology can have the same effect on kids that it does on adults: social withdrawal, limited attention span, and interrupted sleeping patterns, to name a few.

The new Screen Time feature on iOS devices like iPad and iPhone makes it a snap to see how much the device has been used and what it was used for. Incidentally, this is also super useful for parents who might feel like they’re spending too much time on screens. Other devices often have similar features.

What You Can Do: Set realistic and reasonable screen time limits for your kids. The standard recommendation is no more than one hour per day for kids aged 2–5, or two hours per day for ages 6–18.

Now, don’t panic. There’s no need to change the Christmas shopping list last-minute. Smart devices can be perfectly safe and very useful, whether it’s convenient automated lighting or an iPad loaded with educational apps for the kids. But it’s a parent’s job to keep kids safe—so know the risks and how to mitigate them before you buy.

Nov 29, 2018Jamie
How to Study Successfully From HomeOnline Loan vs. Bank Loan