Home > Common Household Pests And How To Get Rid Of Them

Common Household Pests And How To Get Rid Of Them

As a property owner, I hate the idea that household pests can get into my house and ruin the home I have created. But, the nightmare is a reality for a lot of people, including some of my friends and people I know. The last thing we want is an army of bugs marching into our home and tearing it apart piece by piece. Although it hasn’t happened yet, it could.

To limit the damage if it does ever happen, I have done some research on the topic that I want to share.  After all, it could easily happen to any of my readers as well as my family and me. Here are the common household pests that can invade your home and how to deal with them.

Urghhhh, ants are disgusting! They mainly occur due to leftover food because they are opportunists and will eat anything. The key to preventing them is to keep your garbage as clean as possible, which sounds I little ironic I know! I take my garbage disposal pretty seriously anyway because there are foxes and larger animals that root through the trash. But, I know that lots of families just throw their trash away and don’t give it a second thought. If the ants are already in the house, I would suggest a mixture of black pepper and baby powder. They are irritants that the ants don’t like, so it should move them along quite quickly. Plus, they are cheap!

Flies are more annoying than anything else, but they are also a health hazard. For starters, they spend their time eating excrement, so you don’t want to share your dinner with them. However, I find it hard to stop them from getting over everything once they are in the house because they are attracted to food. I like to keep the windows and doors shut to keep them out, and turn on the AC if it is hot outside. If they do get in, I would go for a fly spray or a zapper. 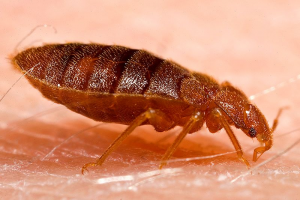 I can honestly say that bed bugs are my worst nightmare. Just the idea of them makes me shiver and itch! Luckily, I have never come into contact with them, or I think I haven’t because my bed is always clean. However, they can get into the house if you carry them in from other places like a hotel. Once they are in, there is only one way to stop them – extermination. They infest the whole house, and they breed like rabbits, so there is no way of getting rid of them organically. My best tip is to check out this bed bug guide that covers everything from prevention to extermination. 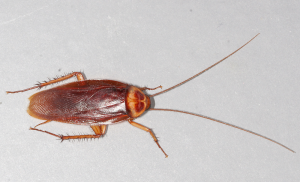 If anything can survive a nuclear war, I don’t want it in my house! I hope you agree with that because I don’t know anyone that has a soft spot for roaches. Like bed bugs, they are hard to get rid of as they can withstand a lot. Plus, they too breed at a fast rate. Before you know it, the whole house is infested and crawling with cockroaches. One great trick that I read that seems to work is baking soda and sugar. Apparently, the roaches are attracted to the sugar because they have a sweet tooth, and the baking soda kills them. Anyone that has to deal with roaches on a regular basis will know that there isn’t much you can do to stop them from coming inside. That is not me trying to justify a house with roaches – it is the truth. It doesn’t matter how clean the house is, they will appear from time to time.

Crickets seem like nice enough insects, and they don’t cause a problem to the house. But, they do cause a problem to my sanity with all the chirping! I can’t recall how many times I have lost sleep because of the crickets outside my bedroom window. I need my sleep, so I can’t deal with this kind of noise at night. After a while, I found a solution – treacle. Crickets make noise by rubbing their legs together. If they can’t rub their legs together, they can’t make a noise. The treacle is a sticky fluid that stops it from happening. And, the sugar attracts them to the treacle, so they do all the work. 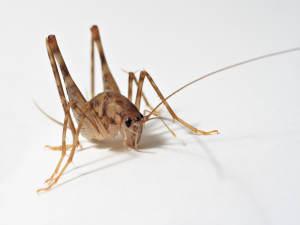 Hopefully, we won’t have to deal with a pest infestation. If we do, at least we know how to deal with the problem.

Jan 1, 2016Rex
Female lawmaker harassed with crude messages from male colleagues over opposition to public nudity billDecluttering Tips: How to Make a Fresh Start in the New Year