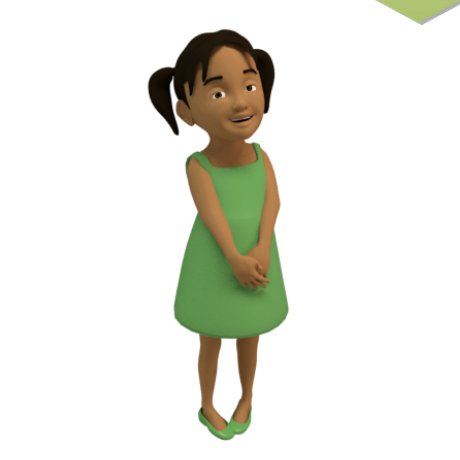 I am an undergraduate student in Anthropology at Indiana University,
with research interests in the areas of cross-cultural parenting
practice and the biological needs of infants. As a core requirement, I
had a few different “social institutions” classes to choose from, and
I chose a 100-level course in Parenting Psychology. For our final
paper, we had to “raise” a “Virtual Child”
(http://www.myvirtualchild.com/) and write a paper reporting on the
thought processes behind the choices we made, and how those choices
affected the child’s development. 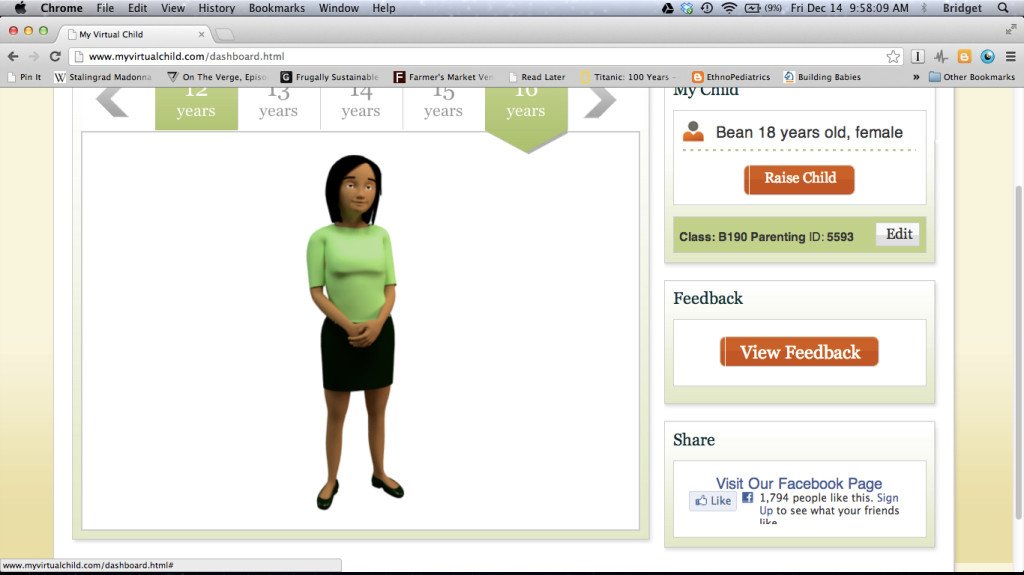 The final question was, “Based on
your virtual child experience, what do you think is the most important
thing parents can do for their child?” Here is my answer:

“I have a tough time with the idea of picking just one thing that  parents could do for their children that is more important than all of  the others. It seems too prescriptive and oversimplifies things. However, as I stated previously, I think my child’s attachment had the
most significant impact on her development. And as we know, attachment
is biologically-based and instinctual. So, I’d get them when they’ve
just become new parents, when the biggest difference can be made, and
tell them this: Trust your instincts. You know more than you think you
know. You know your child better than society does, better than your
mother-in-law does, and even better than your doctor does. Our human
instincts should not be considered “primitive,” so much as
time-tested, via the 4.5 million-year vetting process of evolution.
Only in the past 40 years has science truly begun to inquire into the parenting strategies employed by our species during its greatest time  of trial – during the Pleistocene and the Ice Ages, before the domestication of plants and animals allowed us to wean our infants earlier, and material goods created physical and emotional barriers
between us and our children. More recently, science has begun to  reveal the modern adaptability of instinctual behaviors such as
natural childbirth, child-led or pregnancy-induced weaning, sleeping
with or near our children, engaging in lots of physical contact and
holding, and even seemingly inconsequential things such as making eye  contact and talking “motherese” to our babies. All of these behaviors
facilitate the formation of a bond between child and parent that sets
the stage for better discipline and greater resilience in the face of  adversity later on. I have even known mothers who saved their
children’s lives by listening to their instincts; it is remarkably
common. Because of my belief in minimalizing bias, and because of my
logical nature, I usually refrain from advocating particular parenting
practices because I know that I am so overwhelmed by the evidence that
I worry about coming off as evangelizing. And, again: Every child, every parent, and every situation is different. But you asked.”

Dec 14, 2012Jamie
over 8,000 people will receive access to safe drinking water for the first time - thanks to youGrief and Comfort