Everyone Meet Christina (or Tina of TicoandTina.com) 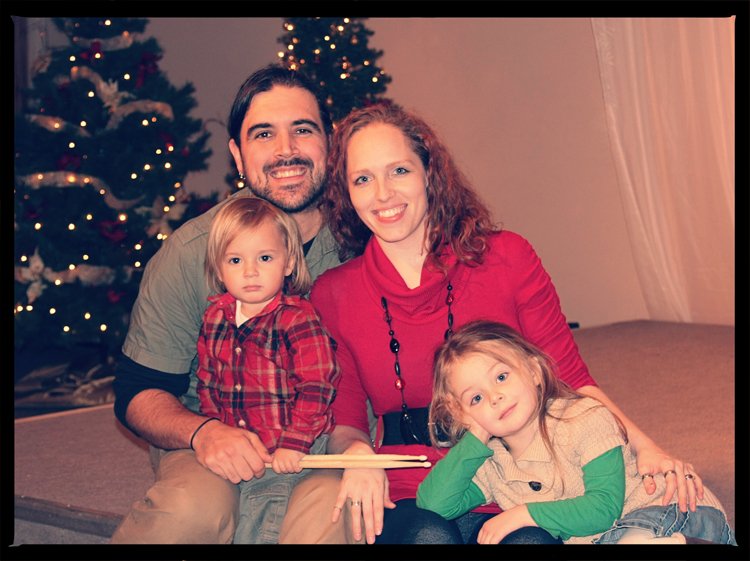 1. Tell us about your personal breastfeeding experience with your children: 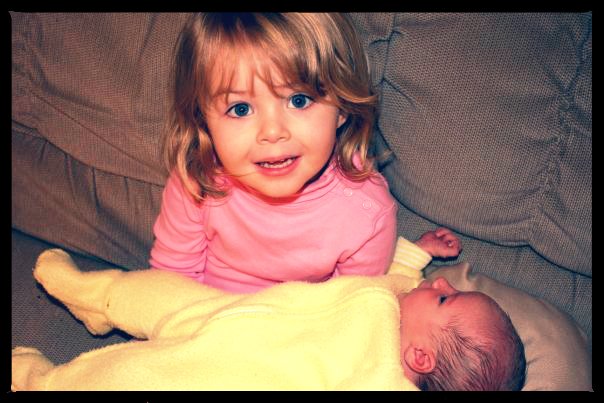 I always knew I was going to breastfeed my children, but when I was pregnant with my first child I realized that I really felt rather gross about it. I don’t think I had any weird body issues or anything, the thought of it just made me feel very odd – I didn’t like the thought of how it would feel physically. But I figured that was just one of probably many things I was going to do for my children in spite of wanting to or not.It turned out that once I tried it, it actually wasn’t really weird to me at all. Although, honestly, saying that now I can hardly believe myself because once again, being done with breastfeeding now for about six months, it does seem like it would be super weird again! But I ended up breastfeeding my first baby for 23 months and my second for 17 months, so I am quite sure it would all be old hat to me the third time around if we ever have another 🙂

2. What is your view of breastfeeding in public, and why?

OK, hear me out on this – it’s a long one and probably a little different than a lot of others. I don’t have a problem with moms breastfeeding in public, but I do think it is good to be discreet about it. I understand that breasts were made as a food source for babies and it should be a natural thing, but I certainly don’t think that’s the only thing that breasts were made for and I don’t think it makes sense to just completely ignore the sexual side of them.Has the over-sexed United States paraded the perversion of breasts (and sex in general!) to ridiculous extremes? Most assuredly!!! But I would be cautious to allow the pendulum to swing too far in the other direction, as it generally tends to when people are riled and defenses go up, pretending that breasts aren’t sexual at all or shouldn’t be viewed as such by the random passer-by. To me that’s like saying no one should care if a guy whips it out and indiscreetly urinates in a busy public parking lot. Sure, you’re not going to conjure up warm fuzzies from that the same way you might from a baby attached to a breast, but the fact remains – they are both natural and necessary. Natural and necessary does not somehow = no discretion.

The reality is, in my opinion, breasts being used to satisfy your husband sexually is not somehow less noble than to feed your baby. They are both good things and they both have their place, and that’s ok. 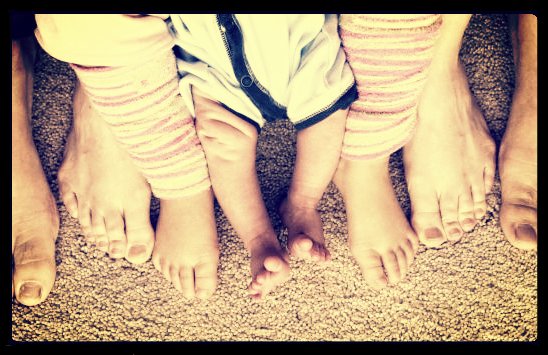 This is certainly not to say that I agree with mothers getting flack for nursing their hungry babies in public. Never would I agree with making a big deal about it or harassing a mother; we don’t need people making an already sometimes difficult good thing even more difficult.

I do think, though, that the mothers who go about the act of breastfeeding with the obviously abrasive attitude that they have something to prove to the world by letting their boob hang out for unsuspecting passersby to see, are merely doing a disservice to their fellow breastfeeding mothers, particularly those who choose to be more modest. These abrasive kinds of mothers are those who would hold the glance of a passerby as if to say “yeah, my boob’s hanging out, it’s natural – see, I have a baby to prove it, whatcha gonna do about it, huh?!” (never mind that their baby is looking around at all the hustle and bustle, or even worse, being burped at the time).

I just think a boob is a boob, regardless of it’s current function, and that means you don’t really get to decide how others will view it. Last I checked we weren’t living in the Garden of Eden anymore, so everyone can tell when you’re naked 🙂 I think that’s probably why many people, including myself, are more comfortable nursing in front of men who are strangers than men who are family and friends.

Here is a thought, maybe trying to force public breastfeeding on the over-sexed culture that is the United States is attacking the problem from the wrong side… I believe many women are sending mixed messages by allowing themselves to be objectified through what they wear and participating in ads, movies, and pornography. We tell men “look at my boobs!” with certain cuts of shirt one minute and the next, “you pervert!” for being uncomfortable with breastfeeding. What if we started standing against all of that with the realization that it would help to return some of the respect that is due to our bodies and our breasts. I would like to see us attack the real underlying problem and not just one of the symptoms of that problem.

Personally, out of the 40 months I’ve breastfed in my life, I’d say easily fewer than a handful of the times were in public of mixed gender. That’s just what I preferred for myself.  I’d love to hear your thoughts on my thoughts about this, lol. 3. What is your view of sustained breastfeeding, and why?

Before having children I had known I would want to breastfeed for at least a year, and in doing research on the benefits to both child and mother, I thought it would be cool to make it to two years. My main hangup was that to my knowledge all of my real life friends weaned by 1 year and I wasn’t sure how weird they would think I was. (Ultimately that doesn’t matter to me, especially in regard to my children and the way we do things – we always do them for a reason, but it was just one of those topics I just figured I would try to avoid.)I also thought it would be weird to have a child walking around, talking, and also breastfeeding. What I discovered was that since babies don’t start running or spouting full sentences overnight, it is a gradual thing that doesn’t add any weirdness to breastfeeding. I can’t speak for beyond two years, but I would imagine if you keep going it’s the same concept. My son is now at the age where I stopped breastfeeding my daughter, but I have been done breastfeeding him for six months already, so now it does seem like it would be weird if I was still nursing him. He was just done earlier than my daughter.

My friends might have initially thought I was weird for breastfeeding my daughter so long, but I never made an issue of it and as we’ve all grown in our mothering experience I feel we’re all a lot less judgmental and give each other a lot more grace to do things differently. 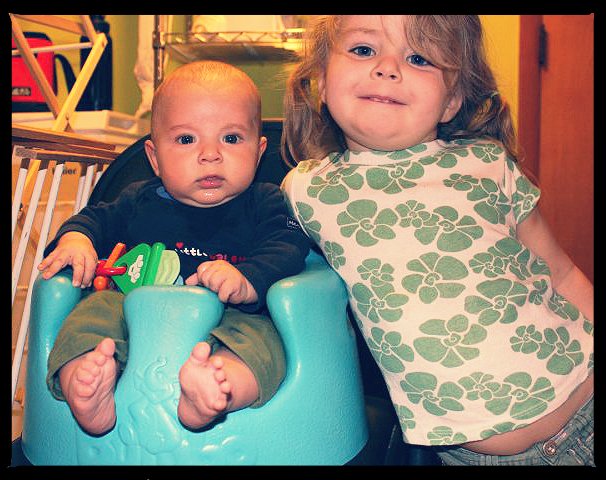 4. What is your view of adoptive breastfeeding, and why?

I think it’s awesome that adoptive breastfeeding is possible and I’m sure I would try it if we ever adopted. I think it’s a great bonding thing. 5. Is there anything you wish you did differently?

I had a good milk supply. I always wished I would get into a good routine of pumping to build up a good stash, but I always just ended up being too tired or not feeling like it. If we had another baby and my husband was home with me full time this time around (self-employed) I think maybe I would do a better job at that. The only pump I ever really liked was the Medela hand pump. I always tried to have it with me when we were out and about and it came in handy lots of times. It’s really easy to forget all the rigamarole that surrounds the early days of babies because it goes sooo fast (although it doesn’t necessarily feel that way at the time =) 6. Is there anything you would like to add? Feel free to answer questions you feel readers would like to know from breastfeeding moms.

With both of my children I got a very painful split nipple, bleeding and all. It would feel like someone was stabbing me when they initially latched on. The first time around I think I kept waiting for it to just heal and it couldn’t, so I finally ended up going to the dr. and it turns out there is some really awesome prescription salve stuff you can put on. It is like magic! The second time around I knew I needed it so I didn’t have to suffer for very long. Sorry I do not remember what that salve is called right now, but just don’t suffer along for no reason if something like that happens to you, lol. Go see a dr.

I did find that I was not really able to get back to my pre-baby weight while nursing. I know that some people can’t keep the weight on when they are breastfeeding, my mom was one of those and I had hoped I would be also, but no such luck. I kept a good ten pounds with each of my kids until they were done with my body. That is probably one of the harder things for me, the feeling of your body not being your own for quite a long time – 10 months of being pregnant followed by almost 2 years of nursing – that’s a long time to feel rather frumpy.

Thanks for letting me share my breastfeeding experience thus far. I wish you all good luck on your journeys!