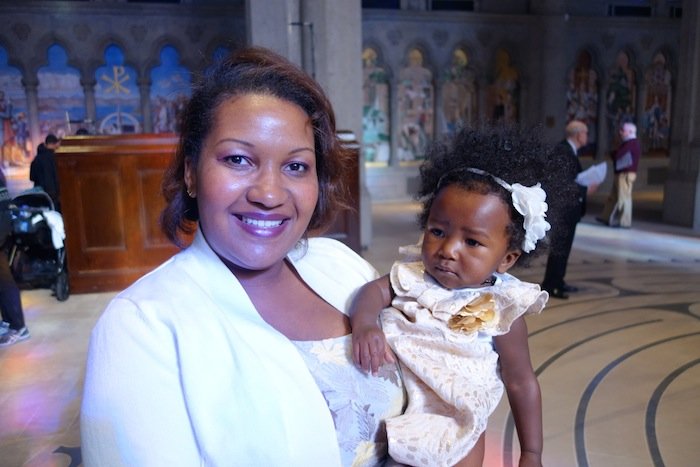 Images and text by Lesly Simmons

The birth story I wrote in my head for my first child was radically altered at the 20-week mark, when I was diagnosed with complete placenta previa. I went from planning an all natural birth to expecting (and ultimately having) an emergency c-section a month early. Thankfully our baby girl Mia arrived small but healthy, and our breastfeeding journey began a few hours after she was born. It continues now at 15 months, and I feel like we can keep going as long as she wants, thanks to some changes I made to make nursing more comfortable for me. 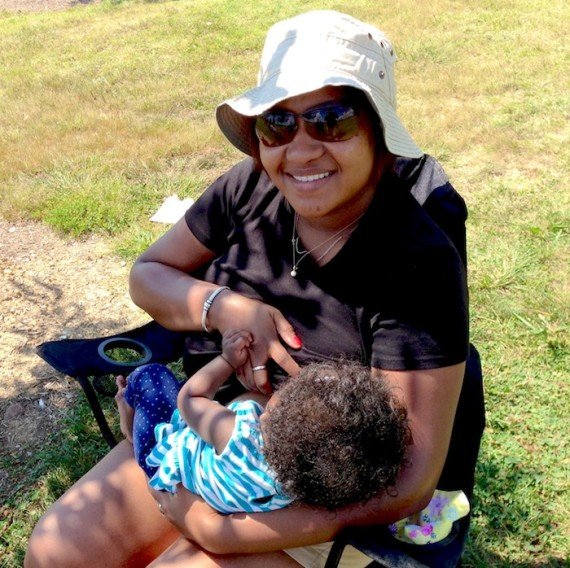 Our early months were easy, save a few latch issues that a quick trip to the lactation consultant resolved. I started nursing Mia to sleep when she was about 5 months old, so I usually went to bed when she did, making it nearly impossible to connect with my husband in the evenings. Once her teeth arrived around eight months, I couldn’t get her to stop biting me, so I steeled myself for at least one big nip per day. She never drew blood, but the anticipation was almost as bad! And even with us practicing baby-led weaning as she got older, the night nursing never declined. Cosleeping meant she could nurse at any time, and so she did. While we tried transitioning her to a crib in our room, our close quarters understandably made it almost impossible to get her used to sleeping on her own.

Just before Mia turned one, my work schedule began to ramp back up. The frequent night nursings were taking a toll, and one day I angrily texted my sister, “I am SO OVER nursing! I’m ready to quit right now.” She sagely responded, “Sweetie, that’s not an option for you. It will be okay.”

Her message reminded me that my commitment to nursing was as important as any others I’d made over the years. When other parts of my life got tough I found solutions and powered through—this was no different. I had to realize that nursing is not an all or nothing proposition, and I figured out that it was the night nursing that was wearing me down. As a new mom I also had to recognize that it was okay for me to develop some boundaries that would help keep me sane—like getting a good night’s sleep—and ultimately make me a better parent. 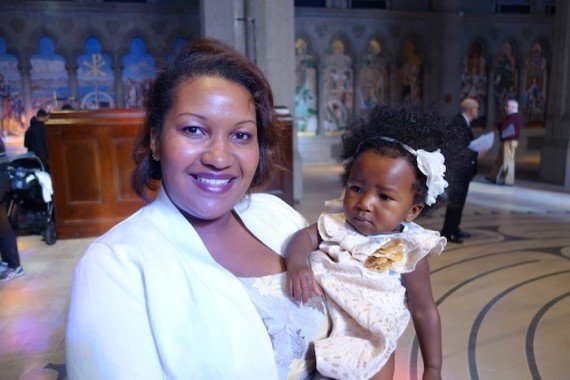 We’d already been planning to move, and a few months later we found a new home with a nursery. By the end of the first week in our new place Mia was sleeping through the night without any crying it out—we just had to introduce her to her own space, develop a new routine and allow her to sleep. Apparently she was ready for a change as well. She falls asleep on her own now and my night nursings are now once or twice a week rather than several times a night.

We still nurse on demand during the day, and she’s old enough now to crawl into my lap and assume the position when she’s ready. At this point we have no plans to wean—it’s amazing to witness her development even as it relates to nursing, and I feel empowered rather than run down. It was so much better to adjust my expectations to allow myself to keep us going, rather than trying to be Supermom and totally burning myself out.

Lesly Simmons is a writer, entrepreneur and first-time mom to daughter Mia. She lives in San Francisco with Mia and her husband Jole, a graphic designer. She’s also the creator of Mama’s Guide: Discover Stroller Friendly San Francisco, where she reviews stroller friendly restaurants and things to do for locals and visitors to the Bay Area.

Apr 15, 2014Jamie
Laboratory-Grown Vaginas Successfully Transplanted into PatientsBotox Singapore – Does it have a significant effect on the health of my baby?