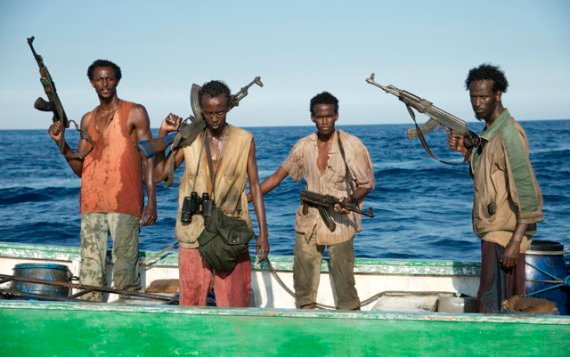 I saw Captain Phillips this week with Brian. We went to see the 9:40PM showing at iPic, convinced we would fall asleep in their extremely comfy luxury lounge chairs, snuggled up with chenille blankets, but nope, this film had our attention from start to finish.

I can’t even begin to tell you how much I loved this movie. Perhaps it is because this movie just resonated with me more, but for me this is by far the best movie to come out this year.

First, I need to talk about the actors cast as the lead Somali pirates: amazing performances. Brian and I kept nudging each other throughout the movie, especially during the back-and-forth with Captain Phillips (Tom Hanks) and Muse (Barkhad Abdi) because we were astounded to watch this young actor who was stealing the scene from Tom Hanks. Abdi was born in Somalia, moved to Yemen at seven years old and then to Minnesota with his parents when he was just fourteen years old. Abdi worked as a limo driver in Minneapolis up until he was cast in the movie!

Tom Hanks is equally as impressive in this movie. I am betting (and hoping) he wins the Academy Award for best actor for this film.

Now some spoilers so readers beware! 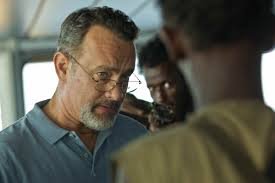 I was really happy at the way the writers and actors were able to humanize the pirates, and still didn’t have them come across as martyrs. Their way of life came through as being taught by their community and being caused by sheer desperation given their circumstances. The movie had me empathizing with the Somali pirates, but still acknowledging what they were doing was wrong and hurting people.

However, the last ten minutes of the movie were my favorite. Tom Hanks plays a character who is extremely virtuous and strong. He is so strong throughout the movie in the most unthinkable situation that when he is finally rescued by the SEAL team and brought aboard the Navy ship he is able to release his emotions. The Navy’s medical team is assessing his vitals, staying calm and strong for him, and that is when he finally breaks down. I feel like we have all had those moments in our life when we have remained strong in some life event, but when it is all over or someone appears who is able to be strong for you, there is this rush of emotion, this release that naturally flows out. Good old Tom nailed it in this performance.

Anyway- Two Thumbs Up from me!

Did you see the movie? What did you think?

And just to give some balance to this piece…Some truth to keep in mind when watching fictitious movies (although this film is loosely based on a true story):