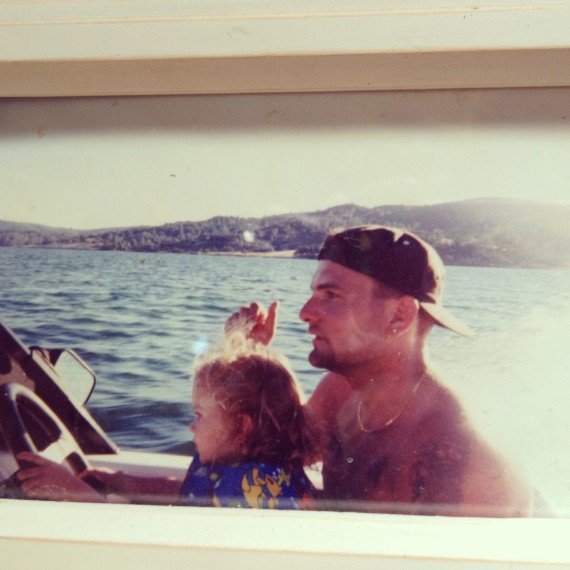 I wrote this post in the hope that it will give people a better understanding of grief from one family (or person’s) perspective. So much time has passed without me saying much, so this has been incredibly therapeutic for me, as well. I am thankful to be connected to others who have experienced loss and are able to relate. I believe the comfort from community is most apparent during times of vulnerability and sadness.

It was 13 years ago today that my brother was killed. The anniversary of a loved one’s death is something I think each person deals with differently. It was strange to think that next year will mark the exact same amount of years I have been alive with my brother on this earth as I have without him. I am really uncomfortable with that thought.

I don’t think I ever wrote about what happened, from my point of view, the night he died.

My parents and I had driven down to Carmel for the U.S. Open. We went out to dinner with some of my dad’s clients to an amazing restaurant. I remember my scrawny 14-year-old body being so full from attempting to eat all of my delicious meal, almost going into a food-induced comatose…I sat back and happily listened to the conversation of the evening go on and on.

Earlier that day, when we arrived at the cottage, my parents had called my brother. His addiction was a source of serious worry for them since his first overdose in the hospital when I was 12 years old. My brother had recently come out of rehab with a glowing review from the staff, and even though my parents knew he wasn’t okay, this had been going on for so long that there was an element of familiarity to it all. My mom kept asking my dad, “How does he sound to you?” My dad never wanted to worry my mom, but also answered honestly. “Great.” He’d say,  “We made plans to go X next week, too. I think that will be a nice escape for him.” My dad and brother had started going on fishing trips together the past couple of years in Colorado.  Those were small healing moments, I think, for my brother, and even though it didn’t stop the inevitable, my dad cherished that time they had spent one-on-one together towards the end of his life.

On this night, we finished dinner and went back to the cottage. We received a panicked call from my sister as soon as we arrived home. “Johnny shot his fish tank.” I remember my dad telling us as my mom’s face quickly changed from contentment to fear.

My sister was on with the police and my dad soon was also on the line with the police station. We had heard they were trying to bring SWAT to disarm my brother, but he was adamant that they needed to shoot him.

My mom left the room we were in and went in the other room and started screaming out of hopelessness. At that point, I didn’t realize how serious the situation was and I remember her reaction annoyed me, but I think that was more because I was scared by it.

My sister said she heard on the line with the police, “Shots fired.” She panicked and asked them what had happened, but she knew.

I remember my dad walking into the other room and talking to an officer. He calmly said, “Okay, so he is dead?” He nodded to my mother and hung up the phone. We went to the other line my sister was on and I could hear her from across the the room screaming. I don’t remember any sounds coming from the cottage, although I am sure my mom had a similar reaction. I think I blocked it out.

My dad tried to comfort me and put me on the line with my sister. My sister, who is 14 years older than me, 28 years old at the time, could barely form any words. It was a primal and almost childlike response I got from her, “Jamie, our brother is dead…” and that was it. Just sobs from both of us.

My parents decided they weren’t in the condition to drive home. It was well after midnight at that point. After I don’t know how much time had passed, we all tried to go to bed.

At 14 years old, I found myself in the fetal position in bed between my two grief-stricken parents. It felt like the only safe place in the world at that moment. Before I feel asleep, I heard my mother say, “I woke up with a son and I am going to bed without one.” In the middle of my sleep, I was awoken to weeping from my big bear of a father. My dad is the kind of person who will tear up during an emotional movie and I think he appreciates being in touch with his feelings, but I had never seen him cry from pure grief before that moment.  I found myself often sleeping in between them that first month after my brother’s death, and I painfully became accustomed to that sound in the middle of the night. The thought of it still haunts me.

The next morning, we made the drive back to our home in the Bay Area. We were met with an outpouring of people in our home that lasted for months. We had friends, family, and, a friend who worked with my dad practically lived with us for awhile. Someone needed to ID the body, so my uncle decided that would be something he would do to spare my parents from seeing their son dead and shot several times. It was either the police or friends at his apartment who brought over the suicide letter Johnny left on his printer.

The news was calling and my parents had to deal with that. Concerned over what they would say about their son, whom they loved (they knew these people calling didn’t know or care about their son), they spoke with reporters. There were some really lovely articles written by reporters after speaking to my parents, though some coverage was not well researched, and that was hard to see.

My aunt had lost her husband when her first two children were very small, and she was the first one to take me out after it happened. She warned me how strange it would feel. I remember I went to ice cream with my cousins and the sweet boy taking our order cheerfully asked me what I wanted. I gave a normal response, but I remember thinking, “How can you be happy? Don’t you know what has happened?” My mind was processing, in that moment, the magnitude of what just happened – that it was personal to me and my friends and family. It was a strange feeling to realize how our close community had cocooned us during those days and weeks after, but life outside was still going on.

My sister’s reaction to my brother’s death was heartbreaking. They were three years apart and very close. I didn’t want to go to my brother’s burial; it was too awful. I did go to his memorial service with around 800 other people in attendance. There were little things that happened during the service that weren’t planned and made us laugh, and I remember my mom getting upset at some the photos in a video montage someone created and played over the big screen. That is when I saw my mom’s feistiness come back to her since it all happened, and I knew, at that moment, we were all going to be okay.

Little by little, life started to return to what appeared to be normal, a new normal. Friends and family had done an amazing job tapering off their presence in our home and stayed much longer than what I would consider average. We never noticed the first time we were back alone in our house without any extra people. I suppose another good reason for not noticing was because we had each other.

It is amazing to think about how resilient human beings are. We carry around loss with us from the time it happens and for the rest of our lives. It doesn’t go away; we aren’t given closure (I don’t think there is closure in loss of a loved one), but we, somehow, are able to adapt to our new condition and still are able to find joy, purpose, and contentment in life, while respecting and holding dear the relationships from our past.