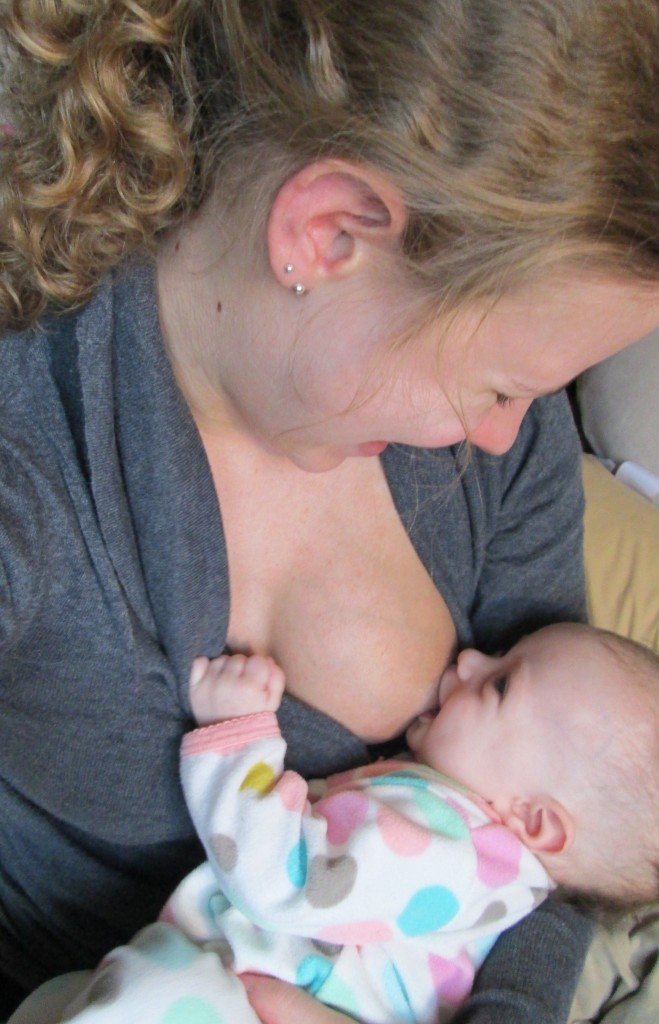 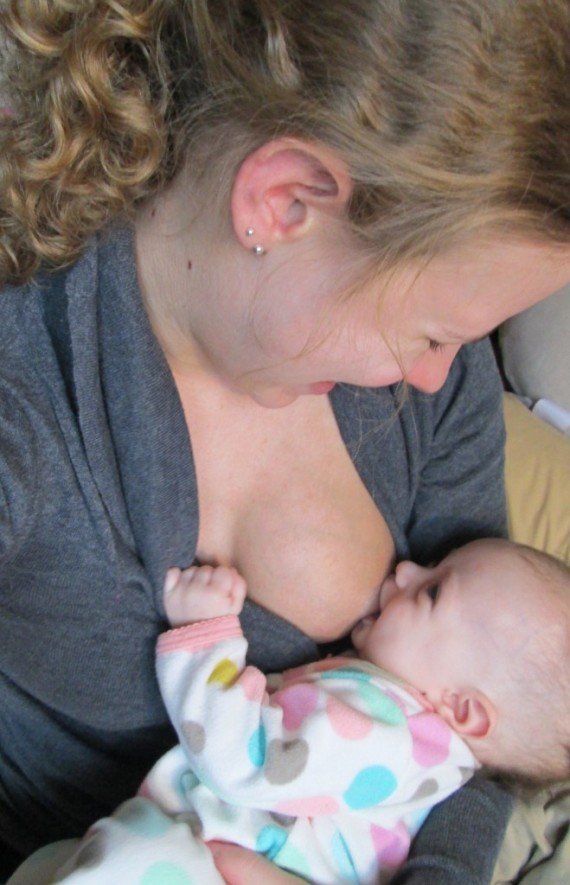 I’m sharing my story in hopes that I can be an encouragement to mothers who
have flat or inverted nipples. All throughout my pregnancy I was worried that
I would be unable to nurse my daughter because of my flat nipples. I was so
worried that I had nightmares about it. When she was born she was immediately
placed on my abdomen. Her cord was short, so she was unable to reach my
breasts, but she was still rooting and wanting to nurse. After her cord
stopped pulsating it was cut. I attempted to nurse my baby, but she was
having a very hard time latching on because of my flat nipples. A nurse gave
me a nipple shield, which helped my daughter latch and nurse. She latched a
few times without the shield, but most times it was too difficult for her.
About a month later I went to see a lactation consultant so I could learn to
help my baby latch without the nipple shield. I tried to get her to latch
once a day without the shield (sometimes she would latch more, sometimes not
at all). One day about a month later I got her to latch without the shield
and she continued to latch every feeding after that. She’s a pro at it now.
Don’t believe anyone if they say you cannot nurse because of your flat
nipples. It may take a little more work at first, but it is so worth it!

Jan 3, 2014Jamie
The Never Ending Need of Adult DiapersIs it Time to See a Specialty Doc?