NFL Miami Dolphin Linebacker Philip Wheeler is dating model Ashley Nicole, and the recently had a baby boy together.

Nicole posted a photo of herself breastfeeding her baby on Instagram:

ash3nicole: “Was on the way out the door but then mommy duty called… Everything stops for him! #breastisbest #natureisbeautiful.” 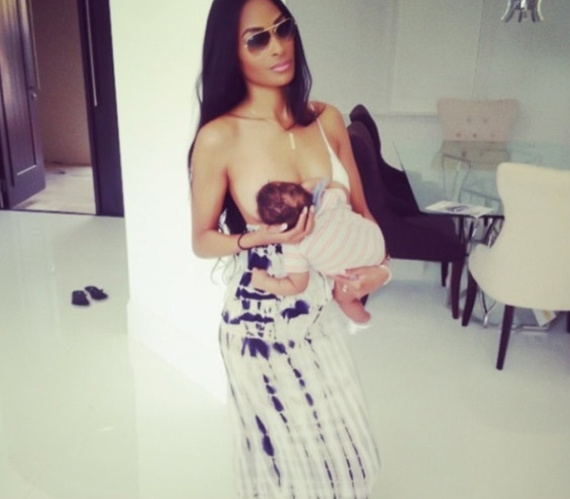 Many people responded in support of the picture, but there were some fans who were upset by the image.

“I wish everybody would just leave it alone,” then added, “She’s a model. She takes pictures for a living.”

What is a big deal is that more and more public figures are speaking out about the normalcy of breastfeeding.

With that being said-

Way to go Ashley! You have a lot of people supporting you.