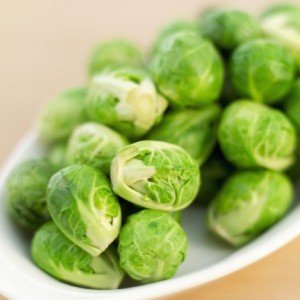 Sure, we’ll just idly stand by while formula companies continue to market to women who are capable and willing to breastfeed or parents in areas of the world without access to safe drinking water. –A Generation On: Baby milk marketing still putting children’s lives at risk, Save the Children

What is the best defense against propaganda and divisive marketing? Research and education.

Women don’t really want or need to hear that their child is at risk for multiple diseases because they couldn’t breastfeed. The way the information is often presented to mothers is that breastfeeding is so perfect and so superior to formula that there will be catastrophic results if you don’t breastfeed (directly at the breast, of course, or your baby will never bond to you…right… )

There is such a warped view and defensiveness of both sides of this issue that it is hard to know what to believe anymore. Emotions and societal norms have skewed child feeding to the point where they have tried to vilify bottle-feeding mothers as lazy and poisoning their babies, and breastfeeding mothers as hippy-dippy and out of touch with reality. Here, I’ll give you an example:

Hanna Rosin (who is a mother) wrote a pretty ridiculous article for Slate. She was attempting to not only denigrate me, but breastfeeding in general when she pulled a fragment of a quote of mine out of context:

I will just pull out a few choice sentences from the Q-and-A, so you get a sense of what demographic sandbox we are playing in:      “My husband is so great—he would bring the equipment in and actually do the pumping while I was asleep. It was a full family effort.”

Well, here is the actual Question and Answer she pulled from:

Tell me about becoming a mom and breast-feeding your children.
We were starting the process of adoption when I got pregnant. We weren’t expecting our biological son at all. He was born two months early, and preemies at that age don’t have a sucking reflex. The nurses in the NICU [neonatal intensive care unit] — kept trying to put him on formula. I couldn’t see him for three days because I was so sick. I was basically passed out from the medication they were giving me. My husband is so great — he would bring the equipment in and actually do the pumping while I was asleep. It was a full family effort. My mother breast-fed me until I was 6 years old, until I self-weaned. Her encouragement to breast-feed is why we were so successful.*

Do you see how selectively choosing those words was her attempt to discredit breastfeeding?  (The whole thing seems very Maggie Gyllenhaal and family in Away We Go, I might add. I wonder if that was her inspiration for the persona she attempted to give me?) Of course, she didn’t talk about the importance of a family rallying together in crisis to do the best they can for their own who are unable to do so for themselves. Also, why wouldn’t she mention that parenting is a family effort, or talk about how great it is to have a father comfortable enough with himself to parent any way needed to make sure he gave his vulnerable child the best chance of thriving? Maybe, that doesn’t generate as much traffic or isn’t as sensational as saying we just all can’t get enough of those lactating mammary glands. On goes the abasement of women and undervaluing of breastfeeding.

Here are the problems that arise from these kind of articles (which unfortunately are quite abundant online):

1. It’s anti-feminist. The author is a woman writing for a women’s section on a blog. As feminist as they feel this opinion might be, by attempting to trivialize motherhood and the idea of nourishing and comforting a child in any healthy way is terrible for the further empowerment of women in a patriarchal society. (See “It’s Time for Big Tent Feminist Parenting. No more of this divisive shit.” by Mama Nervosa)

2. It is damaging to not only breastfeeding, but all parenting in this culture. By perpetuating the stigma on a biologically and anthropologically ordinary process, she has opened the door for other people to shame parenting that differs from what they understand as “normal”. Parents are no longer parenting for the needs of their children, but rather following the narrow path that society has deemed as acceptable, for fear of contempt if they veer.

This is a problem and the consequences are quite great. We have to ask ourselves the reasons why there is such disrespect for breastfeeding mothers in our culture? Again, I think defensiveness is probably the top of the list.

I often think back to the first three days of Aram’s life. He was given soy formula while I was incoherent in another part of the hospital trying to up my platelets, lower my blood pressure, lower my liver enzymes, and decrease my cerebral edema. The hospital put him on soy formula, which was immediately questioned by my sister-in-law, who is a pediatrician. From the research done now we know it  was probably the worst option available. Brian, with the encouragement of my side of the family, his side of the family, and one NICU nurse, decided to start pumping for me while I couldn’t. I produced milk, and Aram received it.

I often think of how our scenario could be much different. Due to our circumstances, there was a high probability I would have trouble breastfeeding. If I ended up going home with Aram on formula, I know that some of the breastfeeding research, and particularly the way it is presented by some advocacy groups, would have been hurtful for me.

The research, of course, is not geared to make people who can’t breastfeed feel impending doom for their children (and when I say can’t, that includes groups of people who are able to produce milk, but maybe shouldn’t continue lactating for various reasons that are completely individual and personal to the mother, family, and child). Research is meant to educate, period. In a perfect world, it would be presented to help women who will be discouraged by what Best for Babes calls cultural “booby traps” that do not allow a mother to embrace a breastfeeding relationship when it definitely would be right for her family.

I firmly believe that the breastfeeding rate will naturally increase and breastfeeding will normalize in our country when we stop making mothers who can’t breastfeed feel like shit.

Can Facts Be Hurtful?

Yes, that is scary and would put me on the defensive, too. We unfortunately are living in a day and age when corrupt companies are paying for potentially inaccurate research to be presented to the population. We need to be discerning when facts are impetuously thrown our way. We should make it a point to read the actual conclusions to the research ourselves and know who funded the study in the first place. Then we should ask ourselves what good can come from this research. The point is always to improve what we have available to us now.
To make everyone understand what I mean- here is what I’m “at risk for” after having a HELLP pregnancy:

Here is what Aram is “at risk for” since he was born via emergency cesarean:
Most of these issues pop up soon after delivery, but others can show up later in life. You know what happened to me after reading this? It contributed to the PTSD I developed after my pregnancy and I felt like a ticking time bomb. So, I understand the fret that goes into hearing these kinds of statistics.

At that time, I didn’t remember that “higher risk” does not indicate anything more than simply what it is saying- our chances become greater to develop or experience what is listed. It is not a confirmation we’ll get everything (or anything) for which we’re at an increased risk.  I think of this knowledge as a bit of foresight; use it to pursue preventative measures to lower your risk for the listed health concerns.

We need to remember that sometimes we are offered a choice in life and sometimes we’re not. Even if it was a choice there are risks and benefits on all sides. Being educated about our choices and questioning, “do the risks outweigh the benefits?” should be what we are striving for as parents encouraging one another. So no, the research should not stop, but judging and condemning one another for making decisions for their own family should.

I hope we get to the point where we can see things for what they really are:

The true parenting advocates do not have the goal to condemn those who do differently, but rather to help educate and normalize something our society has demeaned, belittled, and manipulated.

*The Q and A was not the best representation of my views, not because I was misquoted, but paraphrased. Kate Pickart had her work cut out for her. We had a phone conversation where I rambled and went off topic multiple times. She had to pull what I said together into one short Q- and A. I’m surprised the finished product cleaned up so well.