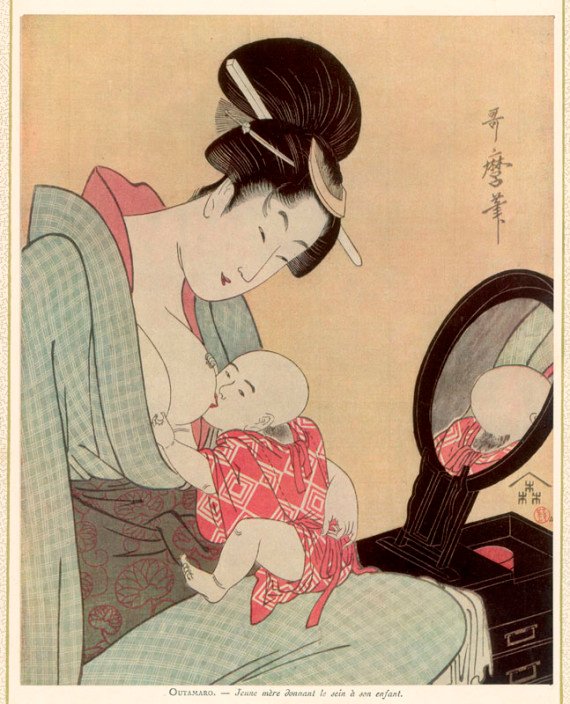 The history of breastfeeding in Japan is quite rich, and for over 1000 years has also incorporated the religious beliefs of the area (including Shintoism and Buddism). Adequate or “quality” breastmilk production has long been attributed to praying to God or Buddha, food or herbs of the area, breast massage, as well as the mother keeping skinship with her baby all day. Wet nursing was also a part of Japanese breastfeeding history (but started being phased out with the introduction of bottled feeding around 1867).

Today, ancient breastfeeding tradition has been reincorporated back into Japanese culture (and beyond). The breast massage for lactating mothers has long been a part of postpartum ritual. Sotomi Oketani formalized this method in 1981, now known as the Oketani Method. La Leche League does caution that the Oketani Method may mislead people into believing the massaged breast or correctly manipulated breast has higher milk quality, which creates worry among new mothers about the quality of their breastmilk when there need not be any concern. For that reason, as well as because its effectiveness has not been scientifically proven, La Leche League Japan does not recommend or endorse Oketani breast massage.  However, many people who have used the Oketani Method have had positive experiences.

What do you think? Have you or would you try the Oketani Method? Why or why not?