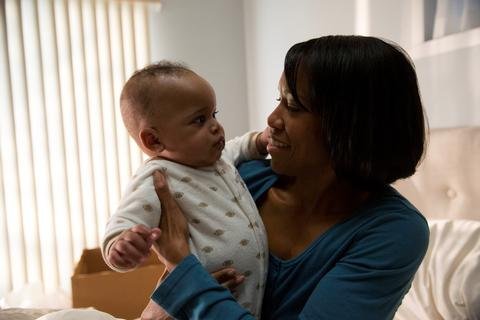 If anyone watches Southland on TNT you probably saw the beginning episodes (of the most recent season) covered the topic of breastfeeding as an active duty police officer.
The character Lydia is an LAPD detective who recently gave birth to a baby. As a single mother and an active duty police officer, they portray her frustration as she attempts to breastfeed and quickly realizes her life situations make her desire to breastfeed almost impossible.

I think the writers did a good job with their depiction of breastfeeding, especially as a police officer. There were moments when Lydia was at a crime scene and she leaked through her shirt. Then she expressed to her male partner (who is depicted as a devoted family man with a stay-at-home wife) that she was giving up breastfeeding. Her partner tried convince her (with a little guilt) to continue breastfeeding. However, Lydia ultimately puts her infant on formula.

I was speaking to a few female officers recently and we got on the topic of breastfeeding (which seems to be everyone’s favorite subject to bring up with me. I’m not complaining, but it is pretty funny.) All of the women had attempted to breastfeed, but ultimately switched to infant formula when their maternity leave was over. It was too difficult because of the nature of their career and hours. I pumped for a month (two weeks while Aram was in the NICU and a week after he came home before I gave up) and I remember at the time that I questioned how anyone could do it for a year. I know so many people who committed to working and pumping for a year, and I am still in awe of their dedication. I’m not sure I would have been able to do that.

Brian and I watch the show together, and we both agreed how it was a sad and truthful depiction of how unsupported working mothers are when attempting to achieve their breastfeeding goals for their babies. Our society tries to perpetuate a parenting competition and would put the blame on the Lydia character for not reaching the goal she had set for herself. The writers did a lovely job illustrating a realistic scenario caused by our society and the screwed up priorities of job before family that the US has set to make sure we are workaholics (constantly producing),  at the sacrifice of our family (and probably the quality of our output, as well).

What other TV shows have you seen that depict breastfeeding? Was it a realistic portrayal? Positive or negative?