Home > Examples of Societies Where Children Nurse For Many Years

Examples of Societies Where Children Nurse For Many Years 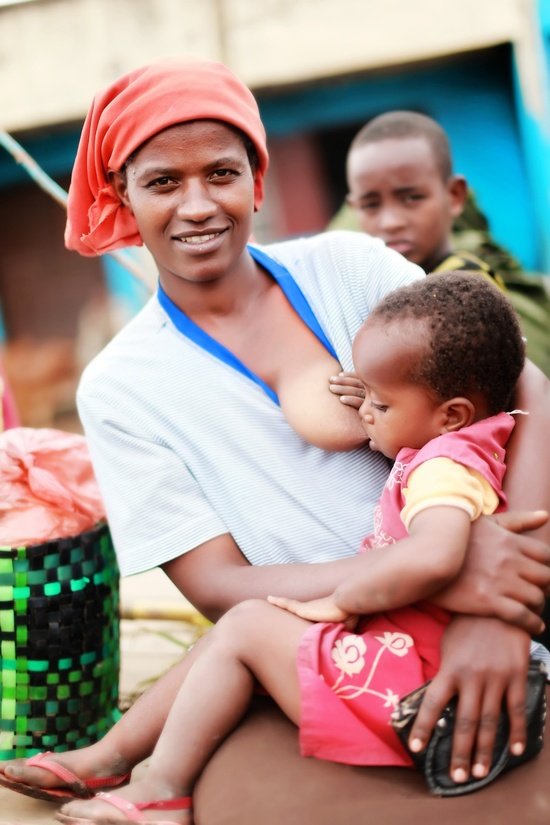 NOTE: Anthropologists no longer refer to any society or group of people as being “primitive” or “savage” or “barbaric” – people who have very simple technological resources may nonetheless be quite sophisticated in terms of religion, philosophy, kinship systems, art, music, etc. Therefore, please excuse the following authors for using the terminology of their day.

Examples of societies where children nurse for many years.

Page 78: “The length of the nursing period varies markedly from society to society.11 The average age of weaning in our tribes is between three and four years. In a few societies complete renunciation of the breast is deferred until the age of six or even longer. The Andamanese and Copper Eskimos children, for example, are permitted to suckle as long as nurses are available. Cases are reported in the literature, of children occasionally nursing up to the age of twelve. . . . Quite regardless of the availability and use of other suitable foods, weaning seems to be delayed as long as it is at all possible in the great majority of our primitive societies.”

“Hottentots seldom feed longer than about four months, Samoans less than one year, Armenians for one to two years, Australian Aborigines for two to three years, Greenlanders for three to four years, Hawaiians five years and Eskimos for about seven years reaching a maximum in King William Land of up to 15 years. In these circumstances, a mother may be suckling two or more children of different ages at the same time. “ p. 151

“. . . H. Mercurialis, the misogynist, wrote “De Mortis Puerorum” in 1583 in which he recorded that lactation may last for two or three years but most women (whom he described as stupid and always making mistakes) gave pap by the third month and stopped breast feeding by the thirteenth in contrast with the old days when, for example, Plotinus at the age of eight used to run from his tutor to his nurse and clamor for the breast.” P. 158

“How long this transition lasts among various people is determined largely by the character of foods upon which they subsist. I think it clear that the end of the third year should be the minimum duration of this period. Five years may be regarded as its necessary maximum, although it is often seen to exceed this age by one to four or five years.” p. 129

To clarify, Shelton is saying that the age of weaning is often seen to be 6-10 years, which I find a little overstated.