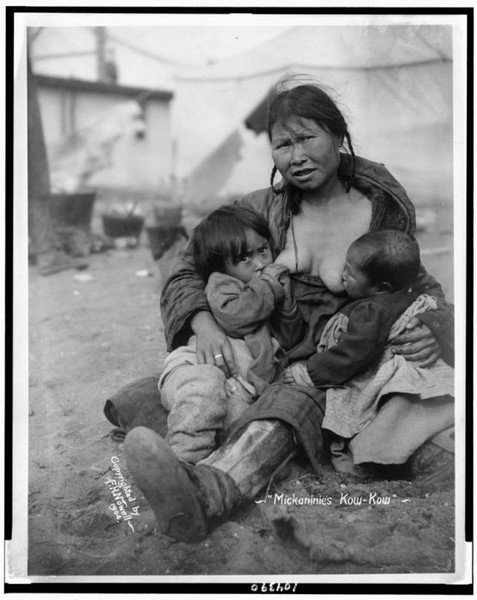 By Katherine A. Dettwyler

A worldwide average age of weaning?

That pesky 4.2 year figure.  For many years, Ruth Lawrence has claimed in her book Breastfeeding: A Guide for the Medical Profession, that there is a worldwide average duration for breastfeeding.  She writes: “The average time of complete cessation [of breastfeeding] worldwide is 4.2 years.”  (Lawrence 1994:312).  This 4.2 year figure is widely cited by numerous groups, including La Leche League members, lactation consultants, and parents.  It turns up again and again on Internet forums, sometimes referenced to Lawrence, sometimes just as “I heard somewhere that. . . ,” or “Since the worldwide average is 4.2 years. . .”

Lawrence does not provide any citation for this figure in her book, and there are no ethnographic data to support the 4.2 years figure, neither for the modern world, nor for any time in the near or distant past.  In addition to the lack of ethnographic evidence, there are other problems with this claim.  In order for 4.2 years to be the “true” average, there would have to be many many societies that nursed their children for an average of more than 4.2 years, in order to offset the many societies that nursed their children for an average of less than 4.2 years ‑‑ to balance out and come up with an average of 4.2. The ethnographic literature provides no documentation for any society where the average age of weaning is as long as five or six years, which would be necessary to balance out the many societies with averages less than four years.  In the ethnographic literature there are many references to societies where individual children may be nursed that long, and even up to the age of 12 or 15 years, but the average in those societies is still between two and four years.  There are also ethnographic references to cultures (or sub-cultures,  in the United States) where children are allowed to nurse as long as they like, and individual children may nurse for 8‑10 years, but again, the vast majority of children in child-led weaning situations stop breastfeeding voluntarily between three and four years of age, so the average for those societies continues to be less than 4.2 years.

The ethnographic data.  In 1964, Ford published data on average age of cessation of breastfeeding for 64 “traditional” cultures.  Ford’s data came from anthropological research by various anthropologists in 64 “traditional” societies around the world, prior to 1945.  This means prior to the widespread production and marketing of artificial infant formulas around the world by multinational corporations.  From Ford’s data, one can calculate an average age at cessation of breastfeeding of about 2.8 years, with some cultures having an average age much earlier, and some up in the 4 and 5 year range.  I reported these data in my chapter “A Time to Wean” (Dettwyler 1995).  From my discussion of these data, at least one set of researchers has now begun to claim that the worldwide average age for the cessation of breastfeeding is three years (Bogin and Smith, 1996).

Problems with calculating such an average.  However, even this admittedly more reasonable claim, of 2.8 or 3.0 years, is bogus.  What would a world‑wide average really mean?  How would one even calculate such a thing as a single, worldwide, average age for cessation of breastfeeding?  Take each child’s age at weaning and add them up and divide them by the number of children?   Do you add together and then divide by all the published figures for each “culture,” so that my study of 116 Bambara children from a peri-urban community counts as one data point, and someone else’s study of a rural Bambara village counts as another data point?  Or do you average the two averages, and report only one figure for each culture?  Or do you take an average age at weaning for each country, based on all the studies done on various ethnic groups within that geopolitical entity?  In that case, the millions of children in China count for one data point, the same as the thousands in Mali.

It might be more interesting to divide cultures up into types based on subsistence mode and/or political organization, such as hunting and gathering bands, subsistence horticulturalists at the tribe level, fisher-folk, state-level peasant agriculturalists, industrial, and post-industrial.  There would be many more data points for tribal societies, as there are many more distinct tribal cultures than there are industrial or post-industrial.  Another issue would be the time-frame of when the data were collected.  Ford’s data came from prior to the 1950s.  Duration of breastfeeding has been dropping in many “traditional” societies as they become exposed to Western cultures, and as artificial infant formulas are promoted heavily in their part of the world.  For example, in Mali in the 1980s it was common for children who lived near the capitol city to stop breastfeeding around two years of age, although the “traditional” duration of breastfeeding out in the rural areas had been three to four years, or longer, for as far back as the elderly people (born and raised in rural areas) could remember, and was still three to four years in some remote regions of the country.  One cannot legitimately enter into the calculations data for some remote New Guinea tribe collected in the 1920s, and count them the same as the data for a peri-urban community in Mali in the early 1980s.

A U.S. average?  What would be the average age for cessation of breastfeeding in the current United States?  In many parts of the country, almost half of the children born are never put to the breast, thus their “duration of breastfeeding” is zero.  Do we include them in our calculations?  If so, the average duration of breastfeeding will be extremely low.  If we limit our calculations only to those children who are breastfed at least once, problems still abound.  In the extremely breastfeeding-unfriendly culture of the United States, many hospital policies and practices are inimical to breastfeeding–mothers are given drugs during labor that cross the placenta and affect the baby’s ability to latch-on properly and coordinate their sucking and swallowing; mothers and babies are routinely separated after birth, often for many hours; many babies are given bottles of artificial infant formula, sugar water, and pacifiers in the hospital nursery; mothers are advised to breastfeed on a strict schedule, for a certain number of minutes per side; and mothers are routinely sent home with free samples of artificial infant formula.  All of these practices are known to interfere with the establishment of successful breastfeeding.  Add to this the fact that many women have never seen anyone breastfeed, have little support from family and friends, and have no access to health care professionals who are knowledgeable about breastfeeding, and it is not surprising that many women “give up” within the first few days or weeks of their child’s life.

If it takes about six weeks for lactation to become well-established and for mothers and children to settle into a successful breastfeeding relationship, then perhaps we should not count in our “average duration” calculations any children who are breastfed for less than six to eight weeks.  Even where breastfeeding is going well, many women switch their children over to formula in bottles when they return to work at six weeks post-partum.  Are these children “weaned”?  Do we eliminate them?  If we only count in our calculations children who are nursed beyond four weeks, to capture those who were weaned when their mothers went back to work, then we can perhaps say we have a fairly good idea of how long children are routinely nursed at the breast in the United States.  But again, what would this average age be, and what would it mean?  I suspect that a graph of the distribution of age at cessation of breastfeeding for children in the United States, counting only those who breastfed longer than four weeks, would be heavily skewed to the right.  The peak (mode) would be less than 12 months, the median only slightly higher than the mode, and the mean somewhat higher still, due to the small but significant portion of children breastfed for three, four, five, six, seven, eight, and even nine years of age.

It is much more meaningful, for each clearly defined population, to report the range and the shape of the distribution, rather than just the mean.  My own research suggests that the “natural” duration of breastfeeding among human, speaking biologically/physiologically, would be somewhere between 2.5 years and 7.0 years (discussed above).  At the same time, the cross‑cultural literature suggests that most children stop breastfeeding by  themselves between three and five years if allowed to nurse as long as they want.  To speak of a single, world-wide average age at cessation of breastfeeding seems about as meaningful as speaking of a single world-wide average height, or average age of menarche.  The 4.2 year figure cited by Ruth Lawrence is clearly not valid, regardless of how useful people have found it for justifying extended breastfeeding.  The 2.8 year figure cited in my work represents the median age (not the mean) for a cross-cultural sample of 64 traditional societies prior to the mid-20th century, not a current world-wide average.

Other posts by Dr. Dettwyler-

Examples of Societies Where Children Nurse For Many Years

May 25, 2021Jamie
Busy Moms- 5 Simple Me-Time Ideas For Stress ReliefEscape Hour Can Show You A New World Of Gaming