Home > Breastfeeding a 5 Year Old Is Normal (and Yes, They Will Wean!)

Breastfeeding a 5 Year Old Is Normal (and Yes, They Will Wean!) 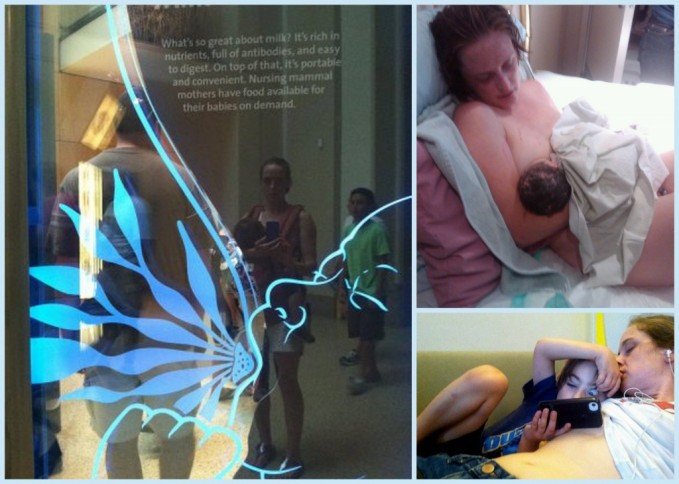 Images and text by Susan May.

Today is Monday July 28th, 2014. Last Tuesday night – July 22nd – Gerry had “muk” to go to sleep on the eve of his 5th birthday. I don’t remember much about it really. You would have thought that I would have paid more attention! After all he had been saying for months that when he was 5 he would stop nursing. I guess I was highly skeptical. Anyway, I do remember wrapping gifts up for him after he fell asleep. I imagine he fell asleep with me on the couch, breastfeeding and watching a show on the Big TV or his iPHone. Then I carefully carried him up the stairs and laid him in the big bed that he shares with me and my husband.

His Birthday came and we were busy, busy – going to the store to pick up his Spiderman cake, meeting friends at the pool, playing with new toys. What a great day! Nighttime rolled around and we were all quite tired. I waited to see what would happen; I didn’t say anything. In the end he cuddled up to me on the couch while watching a show. Right before he drifted off he grabbed my breast, but just as quickly he was asleep. He did it! Wow, I could hardly believe it. 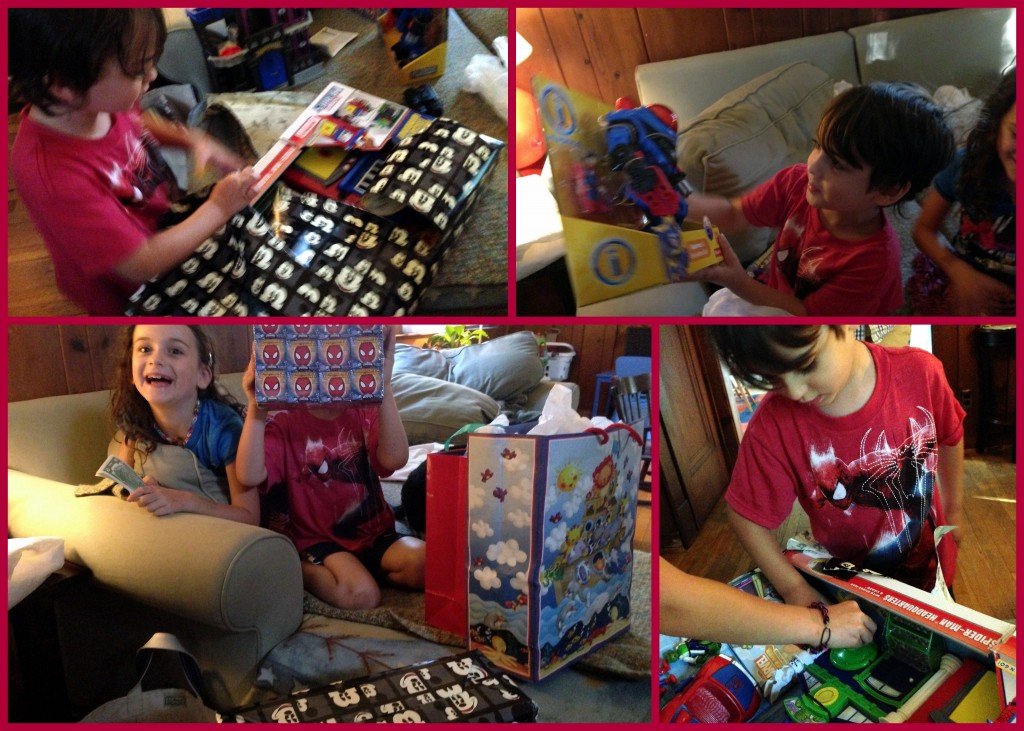 The next day I mentioned to him that he fell asleep without muk. He smiled and nodded shyly. We exchanged a high five and I told him how awesome that was. The following four nights followed a similar pattern – he likes to sit between my legs and have me squeeze him tightly in a blanket. Sometimes he has to move around a bit to get comfy. Our routine hasn’t changed much so I think that helps – he is still falling asleep with me downstairs on the couch. There have been a couple of times over these days that I can tell he really wants to nurse – when he’s really upset about something, or tired, or he gives me a little look, or grabs at my chest. I haven’t said anything, I just hold him and comfort him if he needs it. I doubt I would deny him if he explicitly asked to nurse, but I don’t want to suggest it either. He seems determined to stick to his word and I want to support him. Finally, I asked him yesterday if he was sad because he wanted muk (it felt like the “elephant in the room”, so even though I want to support him, I also want him to know that it is OK to talk about it and that his feelings are nothing to be ashamed of. Such a fine line it is trying to balance this parenting gig!) He said, “No!” emphatically but he also pushed me away, so I think I hit a nerve.

This time there were no tears from me. We were going to a friend’s house the day after his birthday and my mind wandered as it often does while driving. I felt a momentary pang – of sadness? But it was brief and I’m not even sure sadness is the right word. More like a bittersweet feeling that often accompanies watching my children grow up. It certainly wasn’t the grief described by this mama. This change was so slow and gradual, and we were both so ready that grief would be too strong of a word to describe what I feel. I often think that this is a benefit to following a child’s lead and being their partner – there is much less sorrow and regret for the parents. At least that has been my experience and observation.

In total I breastfed my two children for 8 years and 3 weeks (exactly!) I just figured out that this translates to “approximately” 2943 days – I even added 2 days in for leap years. It’s hard to believe. It sounds like such a long time – but in the grand scheme of my whole life (which I hope is nice and long) it really isn’t so much time. 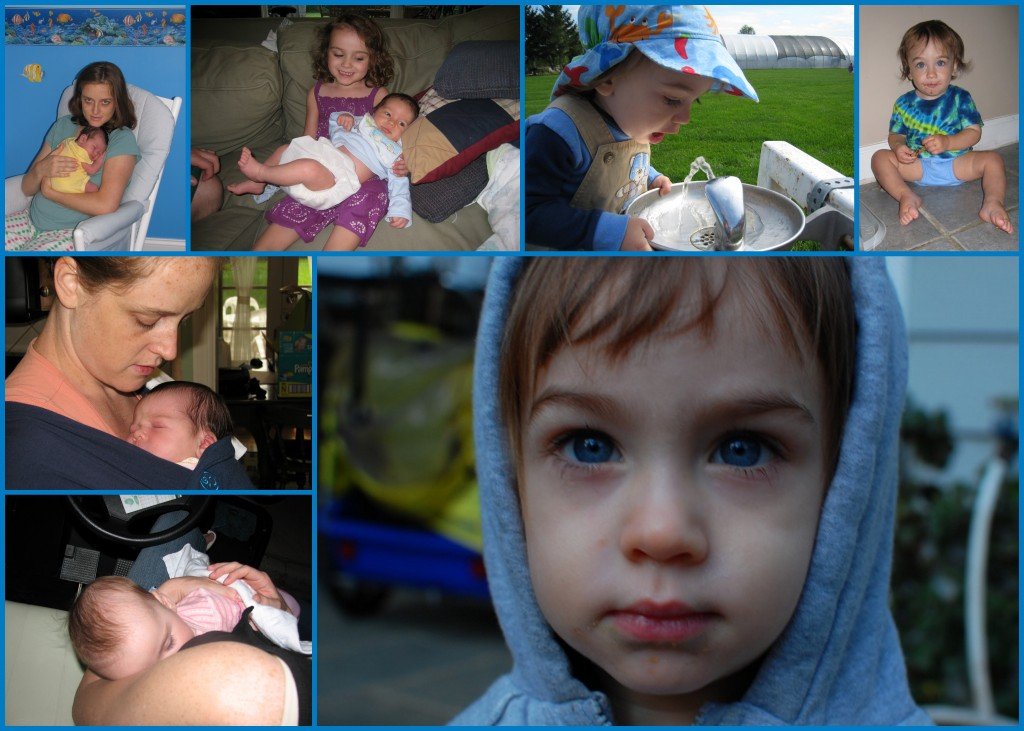 Happy World Breastfeeding Week! So it appears that Gerry is really sticking to his word because it’s been over a week now of no breastfeeding during the day or to sleep at night. However, the night before last we did have one last breastfeeding session in the middle of the night. He was crying in his sleep for a while and very restless – I took him to the bathroom, but it didn’t seem to help. I asked him if he had a bad dream or a stomach ache (he had TONS of sugar that day at his sister’s birthday party) and he said no. I didn’t offer to nurse him for a while, hoping he could get back to sleep, but after what felt like forever I finally asked, “Do you want muk?” and he cried, “Yes!!” So we fell into our most comfortable, familiar positions and I made sure to notice and savor the moment, since this time I knew it REALLY might be the last time. Gerry was able to go back to sleep peacefully (finally!) and in the morning when I asked if he remembered crying in the night, he said no. So I don’t think he even remembers. I felt no guilt or sense of failure for nursing him – and I remember a similar experience with Marisol soon after she “officially” weaned. I think remaining flexible and open is one of the most important things we can do for our kids as we do our best to meet their needs. And this is one of the things that I am going to miss most about breastfeeding – it is such an amazing and easy way to comfort our children, get them to sleep, AND maximize our own sleep.

Gerry has seemed a bit “out of sorts” these past 10 days. He is probably getting a little less sleep as it takes him longer to settle at night. He is learning how to fall asleep without his much loved muk and it is wonderful to observe. I know that this is a transition and am trying to be extra loving and patient when he is tired and more demanding than usual. Last night he lay on top of me, the length of his body stretching over mine, his body heavy with sleep. He turned his head from side to side, finally settling in and eyes drooping. I felt as connected to him as I ever have. 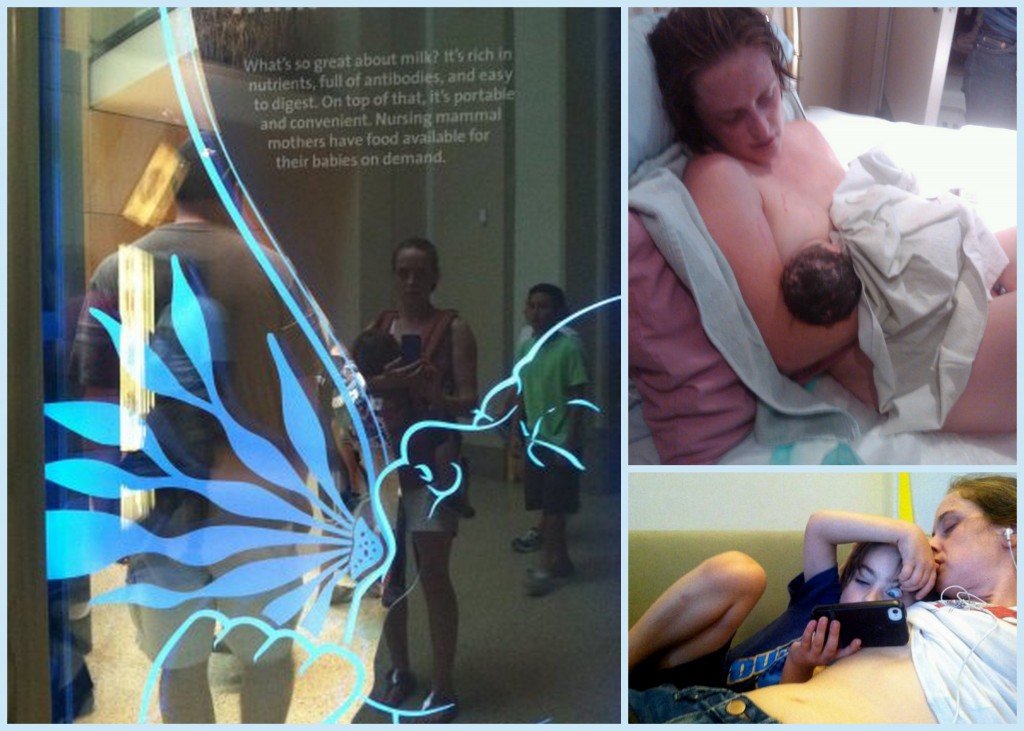 I told Jamie that I feel a kind of parallel connection to her and her page, “I am Not the Babysitter”. It was because of her that I “came out” of my “lactivist closet” when her picture was on the TIME magazine cover. And this past spring, almost exactly 2 years later when she asked for submissions for her series, “Child-led weaning awareness month” I knew it was the right place to share our story.

So a few nights after Gerry (seemed to have) weaned I wrote Jamie to let her know the big news. I told her I was planning to write up some thoughts and offered to have them published on her website if that was something she was interested in. Her response cracked me up, “Would you like to write a follow-up post for World Breastfeeding Week? People will be shocked that he weaned before college. ;-)” I love this woman’s sense of humor! And I also couldn’t believe the synchronous timing – World Breastfeeding Week! Of course I had to answer this call!

I’ve never been so passionate about breastfeeding that I felt it was my “Calling” or “One Purpose” or “The Issue” to hook my writing on like some very successful bloggers have. I really admire those women and I’m glad they do what they do, but I’m kind of an “all over” person so it has always been a small piece of my story. Also, breastfeeding has always been kind of easy for me and my kiddos so I guess I take it for granted. What has changed for me, is that I’ve realized how far we (the COLLECTIVE “we”) still have to go. All you need to do is read some comments on a breastfeeding photo or piece of writing and you will see that the same ignorant opinions are still very prevalent and strong in our culture. It’s at once annoying and amusing, but also offensive to many and even dangerous to nursing moms and children. At first I didn’t know if “dangerous” was the right word to use. But I thought some more, and basically women and children are being discriminated against for something natural and right. And these attitudes are causing shame and suffering to such an extent that many mothers would rather hide that they breastfeed their children, than be “found out” and risk criticism, judgment, or even humiliation and abuse.

But the biggest indication to me that there is still more work to be done, is that even after all this time I still wasn’t comfortable nursing in public or even in front of certain friends and family. Even after 8 years and publicly proclaiming our breastfeeding status online for the World to read about, I still avoided breastfeeding in front of others because I didn’t feel comfortable. And that is not ok – for me or any other breastfeeding woman.

So in a way, keeping up with other “Lactivists” has made me stronger in my resolve to share, even though it’s not necessarily my passion. And now that my children are older I feel more responsibility to share and spread our story so people can learn what can be Normal if we Trust kids to do things in their own time. Because that is probably the most inspiring thing about Gerry’s weaning story – he chose the day and time and he is sticking to it. I don’t really have the words to explain how powerful that is. But I see more every day how little we trust children in our culture. It can be difficult to go against the grain of what “everyone else” is doing. But I’m telling you it is worth it! Every time you see your child choose something themselves, to grow with very little external pushing from you, to thrive in spite of all the naysayers – not only do they gain invaluable self-knowledge but you will become more confident as a parent. And that is priceless. 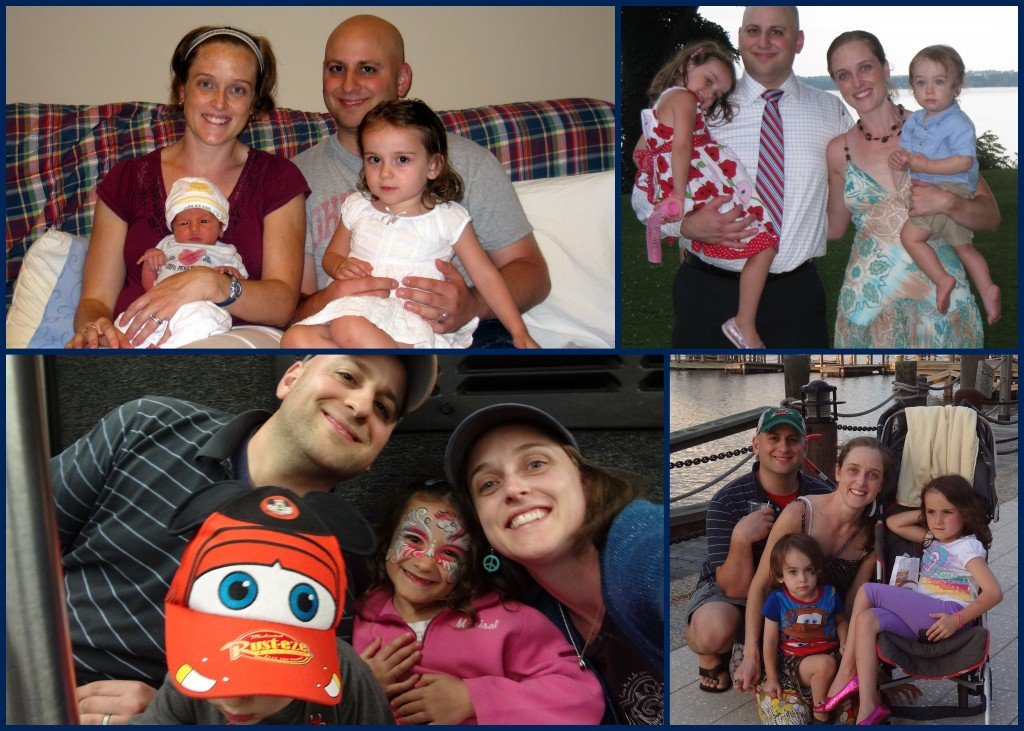 There is a good chance that my breastfeeding days are over (I haven’t let go of the idea that there may be one more baby in our family’s future… but I’ve also started to believe that our family is complete as it is). But even as our family forges forward into new stages and adventures, I will continue to share my story so that someday a woman breastfeeding her child will no longer be strange, “abusive”, or “news worthy.”

Susan May blogs about her Random Ramblings on Parenting, Peace, and her daily Practice at Together Walking. You can also find her on Facebook here.

Aug 6, 2014Jamie
"Apparently" This Kid is Awesome and Steals the Show During This InterviewBarack Obama Sings Fancy by Iggy Azalea