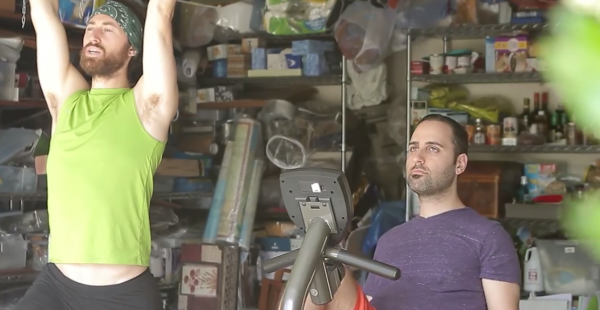 Nik from The Kloons recorded his mom and aunt during an ordinary (totally boring) conversation. He and his cousin decided to act out the entire conversation with lip-synching perfection, and some clever sound mixing.

Yes, the conversation is the exact same, but when these hilariously stunning visuals are added, it becomes…hmmm….compelling isn’t the word… umm… oddly interesting? Yep, that’s it.

Jul 18, 2014Jamie
Conan O'Brien and Dave Franco Join Tinder and Hit the Town in a Creepy VanMomma's Milk- A Short Film in Support of Breastfeeding in Public