One of the most heartbreaking stories of racism to receive national media attention was the story of Emmett Till. 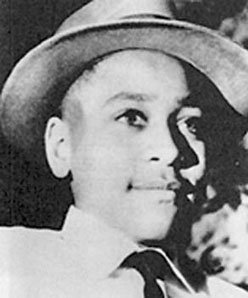 The reports on what happened prior to the abduction and torture of Emmett seem to be that he was bragging to his friends about his segregated school. Emmett’s friends then dared him to sweet talk the woman in the shop they were in during the conversation. Emmett said something to her (reports are anything from a romantic pass, gesture,  to a compliment).

The owner and husband of the shop and his brother found out and went out hunting for Emmett.

Emmett’s tortured body was later found in the Tallahatchie River.

One of the men who killed him said this in an interview with Look magazine the next year:

“Well, what else could we do? He was hopeless. I’m no bully; I never hurt a nigger in my life. I like niggers—in their place—I know how to work ’em. But I just decided it was time a few people got put on notice. As long as I live and can do anything about it, niggers are gonna stay in their place. Niggers ain’t gonna vote where I live. If they did, they’d control the government. They ain’t gonna go to school with my kids. And when a nigger gets close to mentioning sex with a white woman, he’s tired o’ livin’. I’m likely to kill him. Me and my folks fought for this country, and we got some rights. I stood there in that shed and listened to that nigger throw that poison at me, and I just made up my mind. ‘Chicago boy,’ I said, ‘I’m tired of ’em sending your kind down here to stir up trouble. Goddam you, I’m going to make an example of you—just so everybody can know how me and my folks stand.” – J.W. Milam, 1956

Emmett’s family was in the news over the weekend because of a disrespectful lyric in a Lil Wayne song. I agree with his family that disrespecting this important part of our history is hurtful to our society.

I think what strikes me the most about the story is not so much the absolute ignorance and hate which ended this child’s life, but the determination of his mother to make sure people knew what happens in a society which supports racism. Emmett’s mother did something I can only imagine could have been one of the most difficult and bravest choices of her life. She made sure her son had a open-casket at his funeral, so the world would see what racism had done to her boy. 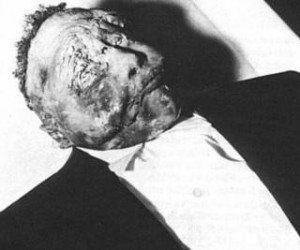 Her sacrifice, and her son’s, have been recognized as the start of the Civil Rights Movement in Mississippi.