Home > Meeting With Samuel’s Birth Mother- Thoughts Before the Visit

Meeting With Samuel’s Birth Mother- Thoughts Before the Visit

In two days we leave for a month full of adventure, but that also means today is full of tedious packing and planning. The most important task we need to accomplish is collecting drawings, videos, and photos of Samuel and Aram for Ama (Samuel’s birth mother). 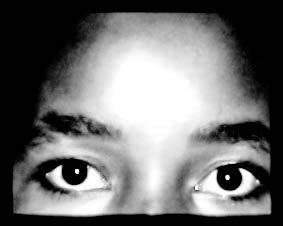 I was trying to put myself in her shoes today. Samuel was 3.5 years old when he entered the orphanage and a month shy of 4 the last time she saw him. It makes me angry for her. I think of the age Samuel was when we brought him home and how that is the same exact age Aram was in May. The irony of normalizing attachment parenting in the West and then knowing my oldest child and first mother were tragically detached from one another seems completely unfair and heartbreaking.

I’ve had people say to me that “over there” losing a child is expected, and the mindset of mothers is different. No, it’s not. Humans are humans and mothers are mothers, regardless of geographic location. Knowing that you’ve made a selfless sacrifice to give your child to someone else to raise out of necessity for his well-being and livelihood doesn’t make it any easier to give up a child you have deeply loved and cared for over the course of four years. The pain is still the same. Understanding her love for Samuel during a conversation with her proved just that. It is almost unlivable to know you have to give your child to another family when you don’t know the family, you don’t know if they are caring for him well, you don’t know if you will ever see him again, if he is happy, if he is healthy. Could you imagine having to live with that? A birth mother who gave her child up for adoption during the era of strict closed adoptions described it as the death of a loved one, only worse because there is no closure of knowing they are okay or at peace.

When people want to know why it is so important to keep a close relationship with Samuel’s birth mother, we explain that it is because we understand the importance of the relationships he formed the first three years of his life. We also understand his mother’s love and her need to make sure she always feels connected to him. As much as Samuel loves us we also love that he is aware I am not his only mother. At the grocery store last week a woman was chatting with the boys in an aisle. Samuel said, “I’m from Ethiopia!” Aram then said, “I’m from mommy’s tummy” and Samuel added, “I’m from Ama’s tummy! I have two mommies!” The woman smiled brightly when she saw how excited Samuel was to talk about his family, his entire family.

I think what I am most excited to share with Samuel’s mother is the journal I started writing for her when Samuel arrived home. I wanted to hand deliver it and make sure I had a translator. I wanted her to be as connected as possible with what has been going on since he left her side. I wrote it for her, but also as an outlet for myself. It’s elating to know she will finally get to read or listen to my thoughts from these past twenty months and hopefully be able to better understand the love and devotion we have for her (our) child.

So while making sure to bring an adequate amount of underwear is important, this trip is proving to be even more difficult to pack for because some of these items have extreme emotional value.