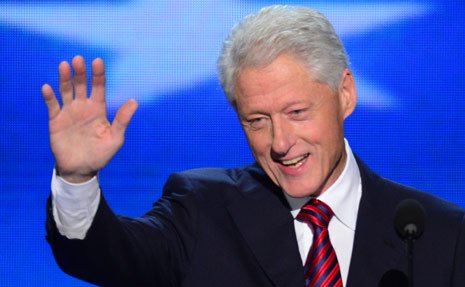 Clinton must have her hands full with Bill. He spent more than an hour shopping just the third floor of the store that sells ties for about $225 and belts for roughly $1000.

Hermes won’t comment on their clients or what he purchased while in there but he left with several bags. Maybe he is not used to being a fashionable first spouse but it would be nice to see him shopping somewhere more relatable to the public. If Clinton wants to win over voters she needs to get her husband into more Sears and less Hermes.

Jul 1, 2015Jamie
Why Pride Week reminds us that the world is still an okay placeEasy 4th of July DIY Snack Recipes