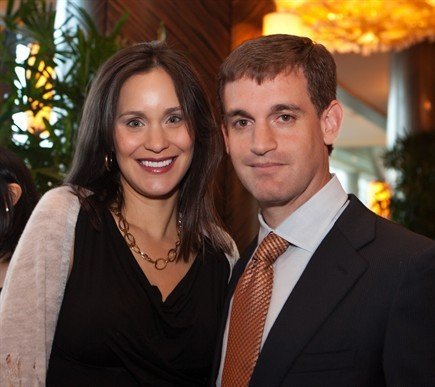 Yesterday, we asked, on our Facebook wall, how much money you would donate to charity if you were to win the Powerball (As of yesterday it was at 600 million USD).

Our group, overall, was extremely generous, but the percentages had a pretty wide range.

Tonight, I happened to catch this article from the Wall Street Journal website that told the story of the changing idea of philanthropy.

John Arnold was a natural-gas trader at Enron who founded his own hedge-fund with monumental returns.

He and his wife Laura founded the Laura and John Arnold Foundation.

“The Laura and John Arnold Foundation strives to produce substantial, widespread and lasting changes to society that will maximize opportunity and minimize injustice.” -LJAF

John and his wife reportedly made around $4 billion dollars and were plan on giving the majority away and to devote their time to philanthropic endeavors.

The article discussed the Arnold’s plan to address is the obesity crisis in our country. According to the Wall Street Journal,  John contacted Gary Taubes, a food writer, in an inconspicuous and short email about obesity, and after a Google search the writer soon realized with whom he was dealing.

Gary Taubes ended up meeting with John Arnold and his staff and an obesity study was being set in motion, which is a big deal – the study is costing around $26 million dollars to fund.

Another problem the Arnold’s are attempting to tackle is our criminal justice system.

In an interview, Laura Arnold revealed some really interesting information about their view of philanthropy in an interview with Brad Reagan :

‘”We don’t have a bunch of smiling kids and graduation pictures. That’s not what we’re about,” she says.  But she and her husband decided early on that the foundation would not pick what she called “the low-hanging fruit” of philanthropy. As she explained it, they don’t question the worthiness of writing checks to established groups that directly benefit needy individuals. In fact, they continue to do so privately. But they wanted to focus on public-policy problems that led to what Laura calls “moral inefficiencies,” where their considerable resources could help generate solutions. Using the vernacular of a trader, John calls them “high-leverage opportunities.”’ –Source

I find their view of philanthropy important and very timely. We need people to start realizing the importance of “high-leverage” charity work, in addition to the other ways of supporting our global and local communities.