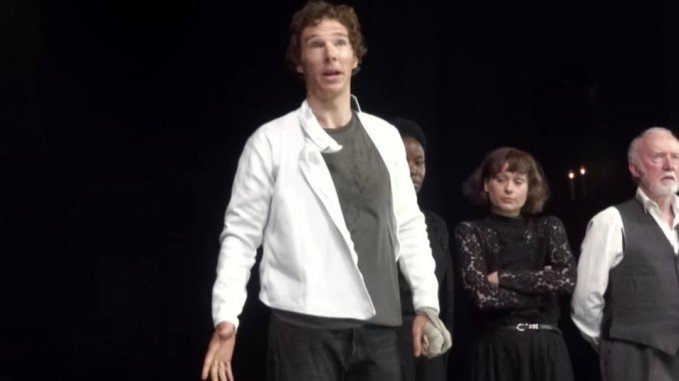 Earlier this week, Benedict Cumberbatch, Gillian Anderson, Jude Law, and several other British celebrities announced their partnership with Citizens UK to sponsor the safe passage of unaccompanied Syrian refugee children from the camp in Calais, France, known as “The Jungle,” to the U.K.

In a statement, the celebrities said:

“We call on the British and French authorities to immediately make provisions for the safe passage of all the unaccompanied minors and refugee children identified by Citizens UK with verified family connections to Britain. These children have a full legal right to reunite with their loved ones. It is unacceptable that they are left in danger and distress for administrative convenience. The system established to reunite these families must either be set aside, or made to work as a matter of extreme urgency.”

This is one of the camps that Jamie visited in her recent trip to scout out locations to launch VCA’s Nurture Tomorrow refugee breastfeeding project. At about 3,500 occupants, the Jungle is one of the largest and most controversial refugee camps in Europe.

While investigating this story, I came across this video of Benedict Cumberbatch giving an impassioned speech in support of the efforts of Save the Children after of his performance in Hamlet. In it, he recites the following lines from Nairobian-British poet Warsan Shire’s “Home.”

you have to understand,
that no one puts their children in a boat
unless the water is safer than the land

This is why the world needs poets, and artists, and actors. We need them to help us empathize. To de-other the people in far-away conflicts, and bridge the gap between “us” and “them.” When artists, activists, volunteers, and scientists work together, all of our worlds change.

And because it really is worth posting, here is the poem in it’s entirety:

your neighbors running faster than you
breath bloody in their throats
the boy you went to school with
who kissed you dizzy behind the old tin factory
is holding a gun bigger than his body
you only leave home
when home won’t let you stay.

no one leaves home unless home chases you
fire under feet
hot blood in your belly
it’s not something you ever thought of doing
until the blade burnt threats into
your neck
and even then you carried the anthem under
your breath
only tearing up your passport in an airport toilets
sobbing as each mouthful of paper
made it clear that you wouldn’t be going back.

you have to understand,
that no one puts their children in a boat
unless the water is safer than the land
no one burns their palms
under trains
beneath carriages
no one spends days and nights in the stomach of a truck
feeding on newspaper unless the miles travelled
means something more than journey.
no one crawls under fences
no one wants to be beaten
pitied

no one chooses refugee camps
or strip searches where your
body is left aching
or prison,
because prison is safer
than a city of fire
and one prison guard
in the night
is better than a truckload
of men who look like your father
no one could take it
no one could stomach it
no one skin would be tough enough

or the words are more tender
than fourteen men between
your legs
or the insults are easier
to swallow
than rubble
than bone
than your child body
in pieces.
i want to go home,
but home is the mouth of a shark
home is the barrel of the gun
and no one would leave home
unless home chased you to the shore
unless home told you
to quicken your legs
leave your clothes behind
crawl through the desert
wade through the oceans
drown
save
be hunger
beg
forget pride
your survival is more important

no one leaves home until home is a sweaty voice in your ear
saying-
leave,
run away from me now
i dont know what i’ve become
but i know that anywhere
is safer than here

Mar 10, 2016Jamie
Mom shields her 'offensive' breastfeeding with Victoria Secret modelHelp Your Daughter Be a Princess for Prom