Home > Why We Should Be Skeptics for Our Children

Why We Should Be Skeptics for Our Children 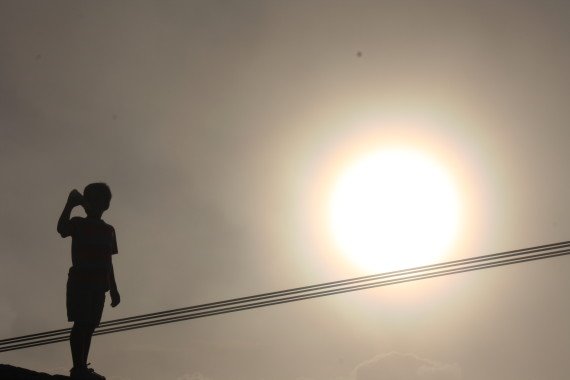 “The world is full of people who have never, since childhood, met an open doorway with an open mind.”

You hear the word skeptic get passed around online in a positive way, and I agree with that connotation.  However, the majority of the people I have come across (whether it be in science, health, adoption education etc.) calling themselves skeptics haven’t truly had skeptical views.

(Note: In my experience, truly skeptical people generally take into account that truth can be personal rather than presenting potentially harmful blanket statements.)

Skepticism is not a bad thing. I think there is a balance of feeling strong in your choices, while also constantly being open to rethinking or evolving. (Michael Shermer explains it as “seek and keep an open mind.”)

Internet skepticism I’ve encountered is more along the lines of a solid belief (or disbelief) on certain topics, which isn’t skepticism at all. They call themselves skeptical because they may or may not be going against mainstream beliefs.

I’ll use myself as an example. Most people know I am an advocate for normalizing breastfeeding in the West. I breastfed both of my children and made that decision with my husband. We took into account my own childhood experiences, research data,  scholarly opinion (both point and counterpoint), as well as instinct, as we went along.

Our seeking information helped us keep an open mind to the idea that breastfeeding may not be the best option for every family (keeping in mind there were prevalent but biased opinions promoting some of the research that claimed certain risks of formula or weaning age), but child-led weaning seemed like the best option for our family unit. We’ve since been very happy with our decision.

Now here is where it would get sticky. Let’s use a completely fabricated example. For instance, what if new research strongly suggested that breastfeeding a child past a year significantly increased the risk of stomach cancer? Like with any newly released research (regardless of whether or not the conclusions concerned me), I would first look at the source of funding of the study, and then go into the detail-specifics of the sample group, and what other factors of their life condition could interfere with accurate results. (In this particular scenario, if the research was conducted in an area of the world where h. pylori is extremely high- that would be something to consider). However, if there are little  to no variables that would put the test at risk for misinformation, it has the potential to be true. Let’s say this faux-study I am referring to (breastfeeding stomach cancer correlation) looked strong. I would have to accept it, embrace it, and move forward with the knowledge. I will be the first to admit that would be hard for me, but I would do it.

“When Kepler found his long-cherished belief did not agree with the most precise observation, he accepted the uncomfortable fact. He preferred the hard truth to his dearest illusions; that is the heart of science.”’- Dr. Carl Sagan

Why take the time and energy to be a skeptic, especially in parenting, when we are making decisions daily based on what we feel is the most accurate knowledge we have today, which could be later proven untrue?

Do it for our children.

Consider it  an individualistic microevolution of knowledge that will move towards a bigger change in society. Not only would I want to know this information, so I could start immediately taking specific preventative measures for my children prior to adulthood, but I would want to also give them the best information I have, so that they in turn could improve on the knowledge to benefit their own lives and families.

We shouldn’t be afraid of science or research. However, we should be wary of propaganda everywhere. If you see someone posting a research article, I strongly suggest clicking and reading it yourself. Yes, even if there is no other way around it and you must pay the $29.95 for access to the article.

I had a pastor growing up who would say how damaged the congregation could be by taking a sermon at face-value, by believing the person preaching every week without studying the biblical text on their own. Similar statements can be made about scientific research in a society that prefers reading entertainment and news blogs that give quick overviews of research, rather than the actual research itself.

Unfortunately, there aren’t any short-cuts, but the time and energy put in is well worth the effort. We are doing it for our families, our children, and for future generations.

Jun 6, 2013Jamie
Why Do We Jokingly Use the Word "Nazi"?I Didn't Eat My Placenta