Home > Barber uses creativity, compassion, and patience to give a boy with autism his first haircut 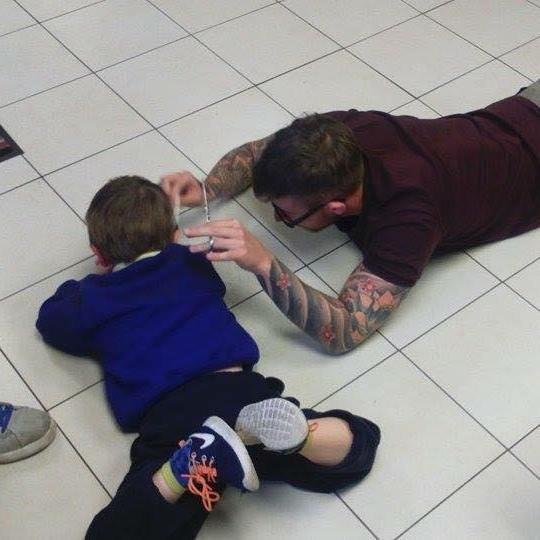 James Williams has been welcoming Mason into his South Wales barbershop for months. Each time he would try a new way to help Mason feel comfortable, so when Mason came in this week James got down to his level and Mason responded. In fact, the entire haircut took place on the floor of the barbershop.

I went on the floor as I found that’s where he always wanted to be. He played on his father’s phone, watched random programs and that entertained him. So I thought let’s join him and lay with him and see if it works.

James also understood that sound can often be a trigger for a child with ASD (Autism Spectrum Disorder) so he insisted the whole shop be quiet while he worked with Mason. 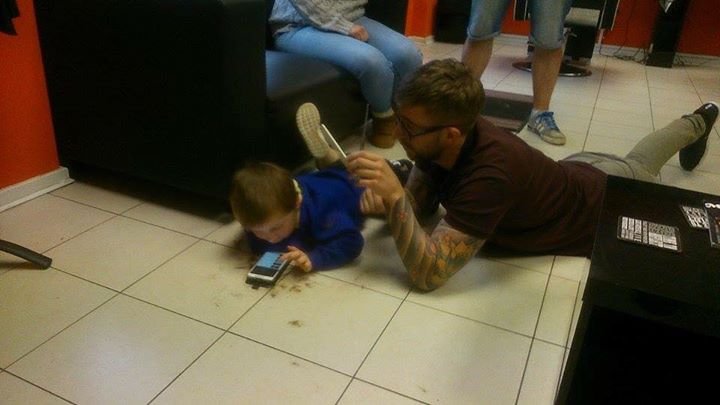 James posted the story to his Facebook, in hopes it could inspire other barbers to get creative when customers with different needs come in. James made such a connection with Mason that when he asked the toddler for a high-five, at the end of the cut, Mason gave him a big hug.