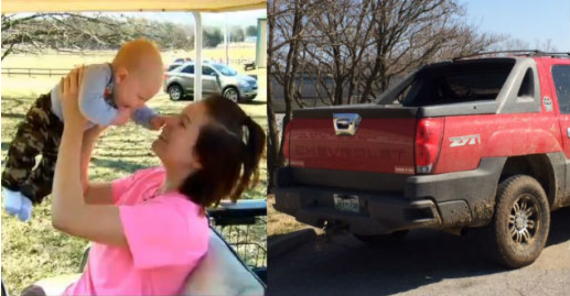 A 6-month-old baby boy in Murfreesboro, Tennessee, was admitted to the hospital after being injured during a road rage incident.

Accoding to WSMV TV, Timothy Barlow and his girlfriend LeAnn Persinger were already en route to the hospital due to their infant son, Gunner, experiencing an urgent medical condition.

The couple told police the family was driving along the highway when they passed a truck that was going slower than the speed limit.

Barlow said soon after he passed, the truck started tailgating the family. And when the truck got close enough, the drive threw a bottle of cologne at the family’s vehicle, causing the back window to partially shatter.

Baby Gunner was riding in a rear-facing car seat when the back windshield was hit, putting him in the direct line of the flying glass fragments.

“My boyfriend turned the light on and I had looked on his face and he had blood coming from his face and I just started screaming and crying,” said Persinger. Luckily, the family was able to take down the driver’s license plate number and report it to the police.