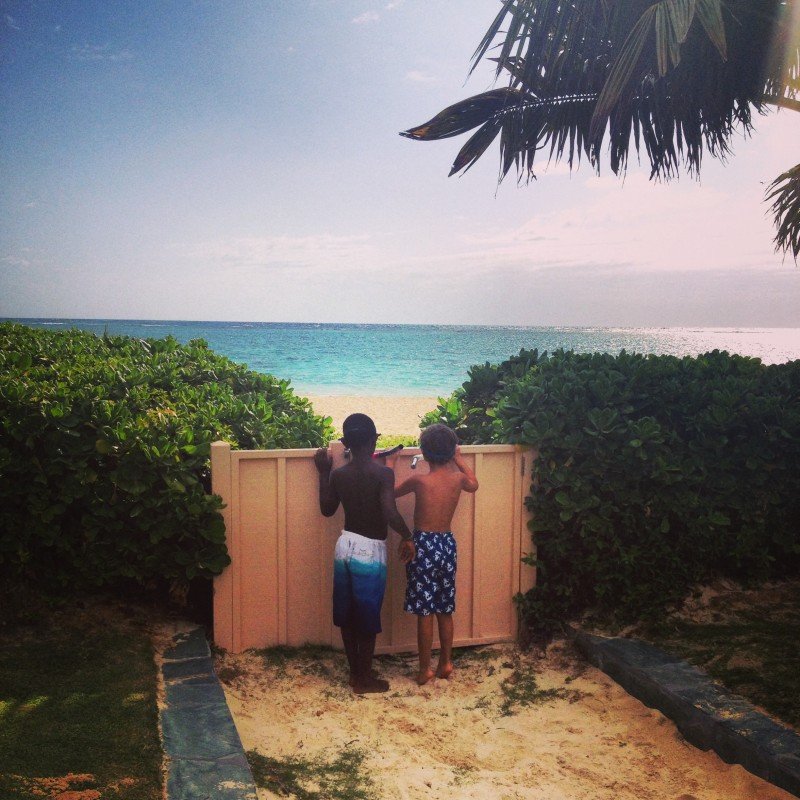 Yesterday, we needed to kill some time in the car, so I Googled a list of life’s toughest questions to ask the kids. I thought it was going to be a fun/silly game, but some of their answers really surprised me. Here is the full list of questions. Don’t forget to give us some of their words of wisdom in the comments section.

Samuel: Because we can’t always think about ourselves. Sometimes we have to do things for other people, too.

Aram… I think …what Samuel said.

Samuel: I don’t understand the question.

Aram: I will be done with what I said.

Samuel: I want all the people in the world to be happy and get everything they need.

Aram: That kids can eat candy every day.

Samuel: Doing what I believe in.

Aram: I only settle for what I believe in. Mommy, does that makes sense?

Samuel: Pretty much not at all.

Samuel: Because I’m just a kid.

Me: Do you think when you’re a grown-up you’ll be able to control your life?

Aram: Oh this is an easy one! Doing things right!

Samuel: Wait, what is the difference?

Samuel: I tell them that they are rubbish!

Aram: I’ll tell them to knock it off.

Samuel: Mommy I’d go through red lights and speed to get you to the hospital.

Samuel: I don’t have an off button.

Aram: Climbing up to the top of that tower (points)– I can’t climb up poles.

Samuel: Arizona because it’s always hot there and I like to go swimming…actually… can I change mine to Hawaii?

Samuel: Yes I do!…No, why does everyone do that? It’s like it feel like it is going to go faster when you push it a lot.

Aram: Because I was born that way.

Samuel: When a good friend moves away. Sometimes people move on emotionally…

Aram: Yeah, but if they move away we can visit them.

Aram: Lose all of my old memories. I’m only like 5… So I have over 100 years of memories to make.

Samuel: Yeah lose all of your old memories.

Aram: Because they want to kill God.

Samuel: Why would they want to kill God? You mean other people’s gods?

Aram: Yeah, but there is only one God.

Samuel: Oh, so people are really killing their God, too?

Aram: No. Samuel: No, why would you do that?

Me: You don’t have to work for money anymore, so maybe you could go out and buy things and experiences?

Samuel: Yeah, but what happens when that is done? You need to work for something.

Samuel: Truly living is like doing stuff you love. Being alive is like laying around and not doing anything.

Aram: Umm like when you walk around and you have a great smile.

Me: So when you’re happy?