Home > To the People at MSN Entertainment

To the People at MSN Entertainment I know you have a job to do and the “Where are they now?” slide show is a great way to bring traffic and searches over to Bing.

I see that whoever was assigned to do a quick search for me and the others decided to add “Pathways To Family Wellness” instead of the most current events. It was a great issue, and we were given creative control over it and deconstruct the original cover. We posed about a week after the Time cover came out, and we felt it served as an important message while media firestorm was still misinforming people about child-led weaning.   Pathways is a quarterly magazine, so it couldn’t be released until the beginning of September 2012. Regardless, June or September of 2012 is by no means current…

Since you seem to have brought a substantial amount of curious people over to my blog, let me tell you what we have really been doing.

1. In December, we had our last US “media” appearance on the Today Show.

We were able to let people know that, because of the Time cover, we were given the opportunity to build relationships with people like Waves for Water and bring clean water to 8,000 people in Ethiopia.

2. Our children are now old enough to make it possible for us to travel regularly to various developing areas of the world. 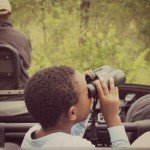 Not only are various healthy parenting styles celebrated in these areas, but community is celebrated most of all. I feel that through conventional and social media there is a deep desire to connect with one another, but it seems like in the West we’ve fallen a bit short. We’ll get there, I have no doubt.

3. We are not attachment parenting advocates. 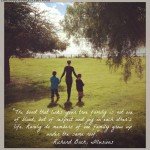 That is a complete fabrication by the media. It is the nature of the beast to fabricate or confuse stories, and it really is useless to try to correct errors. However, since it has been a year and this randomly popped up, it’s probably fair that people know. We are not promoting one style of parenting. Our goal is to relieve the stigma attached to healthy parenting options in the West (and there are many).

4. We are human rights advocates. 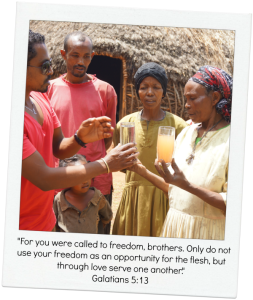 Human beings have immeasurable value, and when rights or worth is taken away, that is when we as a community need to step in. The Fayye Foundation and DSA Pays it Forward are merging to create a community-centered foundation. We  will work towards sustainable quality of life for local communities around the world. 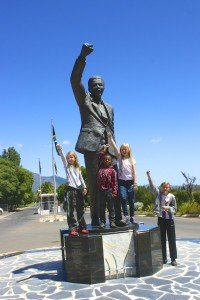 The media attention of the cover died down within a few weeks and has stayed down. Unless you’re genuinely interested in what we are doing, why don’t you keep it there? We will use every opportunity we are given with the media to promote our projects in places like Ethiopia and South Africa, but given that that is (as you have shown by your lack of Bing searches for it) not sensational or interesting enough to make news- then perhaps you should just allow us to fade into the background.

I don’t think the latest feature was in any way intending to be malicious or inaccurate. I understand the goal is to promote your own business, and even though I don’t think focusing on me personally (especially now) is going to be helping you out- I understand you need to do whatever you think will work. However, at this point, since  we are working very hard on our projects with various altruistic organizations, I do feel the need to point out when something is not entirely accurate. It would be one thing if we were constantly in the media promoting one style of parenting, but the truth is it was one picture that ended up unexpectedly becoming a very popular conversation starter, we did our best to try to explain the normalcy of how we parent, and now that is in the past as we are moving forward. We hope you understand.

Apr 18, 2013Jamie
Are we embalming ourselves with household products?Joy in Life