<–back to page one

In our case, Time wasn’t necessarily advocating for anything, so the next most identifiable person or thing to that cover would have been the subjects on the cover. That, mixed with a subjective interpretation of the image created a modern-day witch hunt. Most took the tagline that accompanied the image as advocacy for a certain style of parenting, and they assumed that I would say my style of parenting is superior to mainstream society, which isn’t true of my personal stance and really complicated getting my family’s true message out.  Like the old saying goes, “If you cut off the head of the snake, the body dies with it.” In order to end the discussion or advocacy, the most public person carrying the message needs to be discredited.

The easiest way to invalidate someone in the media is by saying they are after attention and money – two huge myths that I believe have corrupted the media. Could this be true of some people? Sure, but to assume that all people are using a media message for money and attention is going to be off-putting for a lot of people who may want to use media as a platform for advocacy. Basically, by perpetuating this myth, you get less of the good stuff. 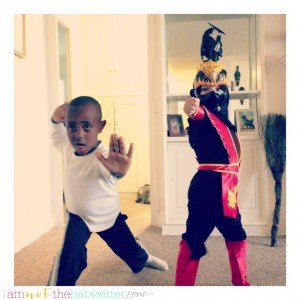 The way to combat this is to be clear when promoting a message that you are not going to allow financial gain to come from the attention, which actually is easier said than done. That pesky blog of yours may have had an ad on it to help pay for the yearly domain and hosting (mine didn’t even make enough to cover that), but after one day of traffic from this media event, you now have enough to buy a plane ticket overseas.

We turned down any projects that we wouldn’t have received prior to the Time cover (reality shows, product endorsements, etc…). Some we would have taken if this event hadn’t happened, and some we would have never accepted regardless of the circumstances.

The blog ad stumped us, so we ended up donating the money to pay for one of our volunteer’s plane tickets to Ethiopia. We then decided we were onto something. The blog traffic was back down again, but we now had a clear vision and purpose of the blog- community. We built the traffic back up on our own merit (thanks to Kendall Hoover, or else I probably would have just shut it down) and we decided that for the first year after media event, we would donate 100% of the proceeds to supported projects of our foundation.

Did the media pick up on this? Hell no, they don’t care. Nevertheless, we knew, and anyone who was discerning and curious about our message knew, and that was what mattered. Just like with parenting you and your family should feel good about your decisions. It doesn’t matter what others think; that isn’t why you’re doing it.

As far as the claims that you just want attention, there is not much you can do to “battle” that claim. Of course, you can point out that not many appreciate or crave negative attention. However, taking all of our pre-adoption classes made me aware that traumatic childhoods and lack of proper attachment during childhood can make children (or adults with these past experiences) seek out attention, even very negative attention. The irony is that our message in the media was that we were trying to relieve the stigma of our parenting style, a style of parenting we chose because of my own positive experiences being parented like this by my parents. That kind of accusation (that I wanted negative attention) doesn’t fit with our message.  My childhood was positive, so I process negative attention as negative (i.e. it doesn’t feel good or fulfilling/satisfying). However, thanks to my parents parenting me the way they felt was right and giving me a secure attachment (and I sound like a broken record, but there are many ways to do this- the way my parents did it was one of the many), I can process that negative attention and have an aversion to it.

I do my best to avoid coming into contact with any articles, positive or negative, written by strangers. The positive, of course, are always more pleasant, but again, there needs to be an acceptance that in order to reject the negative, the positive should also be rejected for the same reason- the people are writing about a stranger. The good news is that because of this solid foundation given to me by my parents (and my husband by his parents) we are able to keep speaking about what is important to us without the reaction from others pushing us off-course.

No matter what, your message has been heard.

Even if the media attempts to create the most sensationalist story, there are people who will have caught on, but probably not because of you (no offense). The truth is that the “it takes a village” mentality is true for advocacy. Dr. Sears taught me that the day the cover came out. Your message may have come across as horrible, but the topic is out there and others will educate. Thank them.

Of course, this goes without saying, but was another lesson learned the hard/unpleasant way: It would have been great if everything would have worked out exactly as we would have wanted it, but that isn’t life, and at this point I’m not sure if it would have been in the best interest of our family. The negative attention (even at the beginning from breastfeeding advocates) kept us grounded and understanding our place. We weren’t that important in the grand scheme of things, no more than anyone else. That isn’t even me attempting to be modest, just the truth. We were part of a group of four families that participated in a photo shoot for a Dr. Sears article. One of the photos made the cover, it happened to be ours. The other women are just as (if not more) outspoken on this topic, and the fact that their image wasn’t on the cover doesn’t make them less important or less of a parenting/human rights advocates.

Also, perhaps if the image was embraced immediately by breastfeeding advocates, we would have appreciated the positive attention too much. Maybe we wouldn’t have slowed down to make thoughtful decisions, because it is easier to be impulsive when people are cheering you on. I can’t say one way or another, but I know that, through our experience, we have been able to gain a perspective to make us more empathetic and more thoughtful of others. The best part is that others jumped in to educate on various styles of parenting and the slow process of change started. It’s a slow process, and one that takes many people, and that is something we can all appreciate.

Take advantage of the fun part. 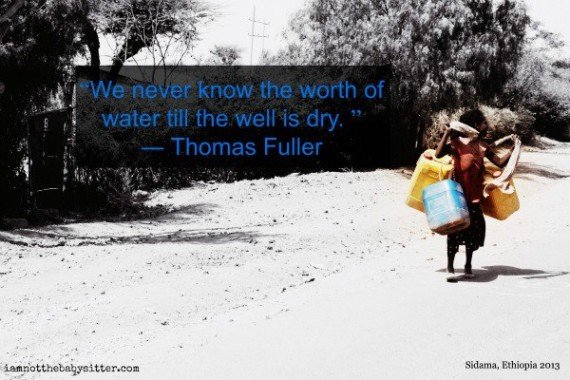 Sure spreading a message isn’t about you, but there are some pretty cool aspects of being a part of mainstream media for a cause…like all of the people you may have never met otherwise.

Media is a huge platform that brings people together. Whether they produced or connected us through the interviews we participated in or found the blog and stuck around because the topics we wrote about interested them- community was formed. My family has met some of our very best friends through this process, and it feels selfish to even admit that, because the point of participating was not to gain friends, but I’ve also learned through this process that is part of life. We are social by nature, and desire community. That is unavoidable in life, and we should embrace every opportunity that connects us with people.

Also, it is okay to laugh at yourself and others. It’s okay to laugh, period. When you are dealing with serious topics the best outlet is to find humor in unexpected ways. Although, I would recommend blocking your name on Google. Google Images has become a land mine- breastfeeding is a word I can’t Google anymore. I finally realized this when I Googled breastfeeding cat/monkey/donkey/elephant and the Time cover and an accompanying article came up with each result.

But, your friends may give you updates on the funny stuff people say, and that is probably the best way to receive it. There were a few people who kept saying that it was clear I married a man who was very well off. Yes, of course, my gold digging ways. I knew what I had to do to get the lavish lifestyle I always dreamed of… marry a cop.

Someone said Aram was 10 (as if they were there at the birth, and it was a fact). That means I would have been 15 and pregnant and married to my rich cop husband. (See why this is awesome? And it’s okay, even healthy, to laugh at it.)

The best was the Rush Limbaugh cover meme where they cropped my image out and had Aram breastfeeding from the Statue of Liberty. The day the cover came out, someone sent it to Brian and it popped up on his phone. Aram was sitting right there and caught a glimpse. He grabbed the phone and started belly laughing. He turned the phone around (still laughing) and yells, “Samuel, Look, Look! Oh my GOSH, I’m nursin’ the Eiffel Tower!” We probably wouldn’t have intentionally shown him the meme (there was just no reason to) but it ended up being a great reaction to something that was intended to be political, and really just kind of silly.

So there you have it. Thank you for letting me vent, and I hope this helps someone out there that may end up in the same odd situation we were in.

And remember: Everything goes back to normal if you let it! I promise! Don’t be afraid to stand up for yourself and others and share in a lesson of tolerance.

May 10, 2013Jamie
Things That Make You Scratch Your Head: Shoe CarAdvocacy: How to Handle Unexpected Media Attention